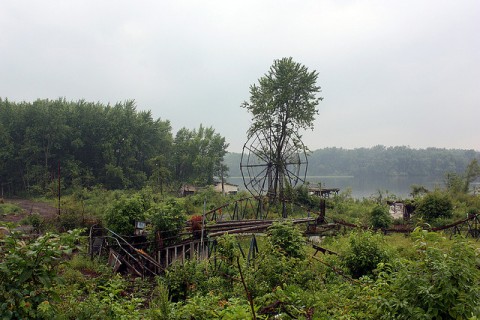 Chippewa Lake Park was open for exactly a hundred years, until poor attendance and poor management forced it to shut down. The years between 1878 and 1978 were enough time to give the amusement park a fascinating history, and the following thirty-six years have been long enough for Chippewa Lake Park to turn into a desolate area that resulted in some stunning photos. Read below about the beginning, the end and abandonment of the historic Ohio amusement park.

What would be known as Chippewa Lake Park was Andrew’s Pleasure Grounds for its first twenty years. Its main attractions were a steamboat and a roller coaster that had to be manually pushed back up after every ride. In 1898, though, a man named Mac Beach acquired Chippewa Lake, renaming the park and bringing it to new heights. Chippewa Lake Park was even home to one of the first modern roller coasters, named The Big Dipper but later just known as "the coaster". Beach’s family kept the place going into the 1960s, and by then had added two more roller coasters, flying cages, a Ferris wheel, carousel, ballroom and something called a Tumble Bug, which you’ll see several photos of soon.

In 1969 Chippewa Lake Park was sold to Continental Business Enterprises. Their plan was to turn the land into a full summer resort, but interest from locals and funding wasn't there so that plan was scrapped. The amusement park closed less than ten years after CBE purchased it in 1978, due largely to competition from the still-open-today Cedar Point and the only-recently-closed Geauga Lake. Though most guests didn’t know it, Chippewa Lake Park’s hundredth season would be its last. After it shut down, former owner Mac Beach asked to be buried there, and the request was granted. Almost no one knows where exactly his body lies...

Through almost the year 2000 Chippewa Lake Park stayed in reasonably good condition, but after that foliage spelled its ruin. As you’ll see in the photos below, trees and plants began growing through many of the attractions. To make things worse, fires between 2002 and 2008 burned down first the Chippewa Lake Ballroom and later the hotel, arcade, fun house and peanut stand. The photos you’ll see below were taken around 2006. I hope you get something out of seeing the desolation of the Ohio amusement park.

In 2008, plans were announced to redevelop the site with a hotel, spa and entertainment venues. Demolition started, but the plans were dropped in 2012. The though the Coaster and Wild Mouse are now gone, there are still several derelict rides on the site.

First some stunning far shots of the park. All photos in this article are courtesy of penelopejonze from Flickr. 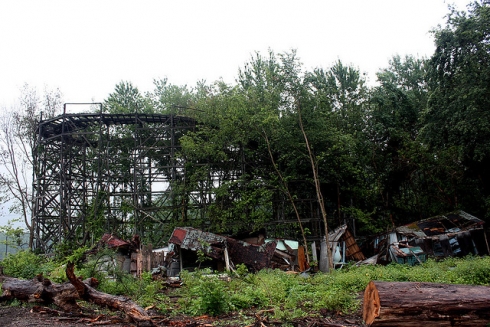 Let's check out the roller coasters. It's clear from the photos that no one's going to be riding them again anytime soon, if ever. 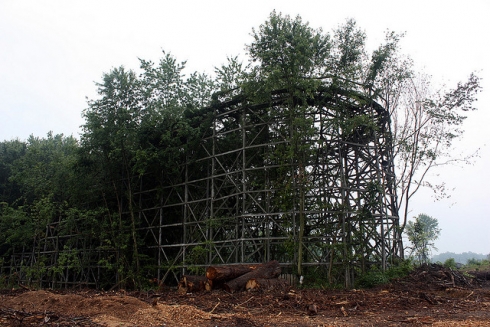 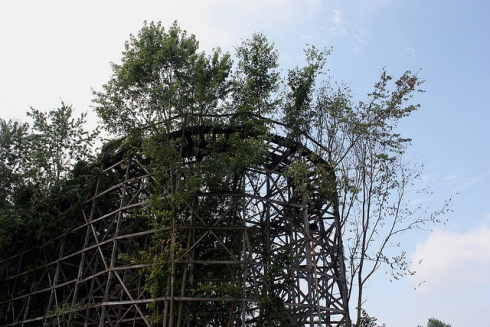 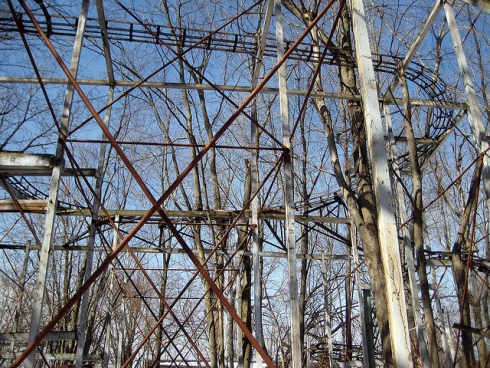 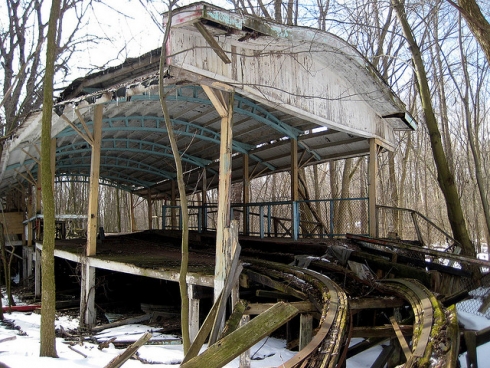 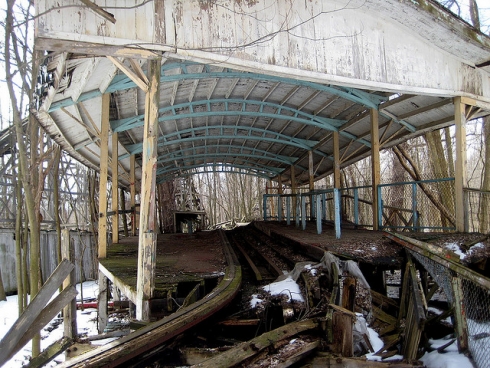 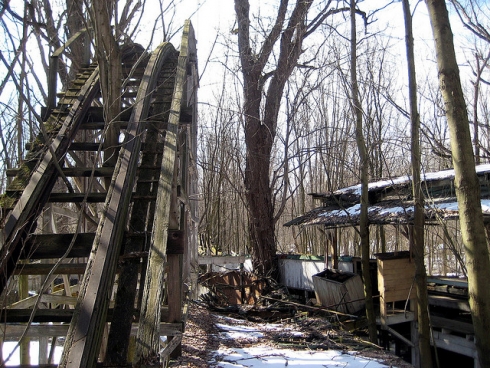 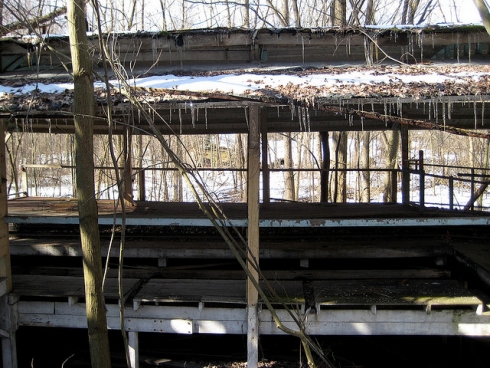 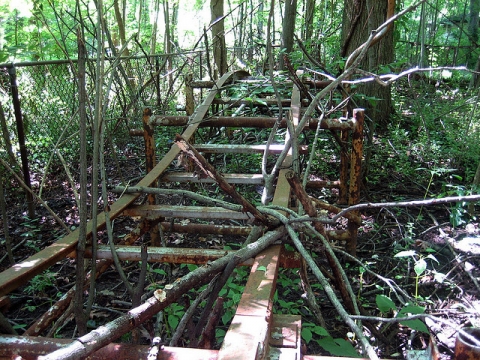 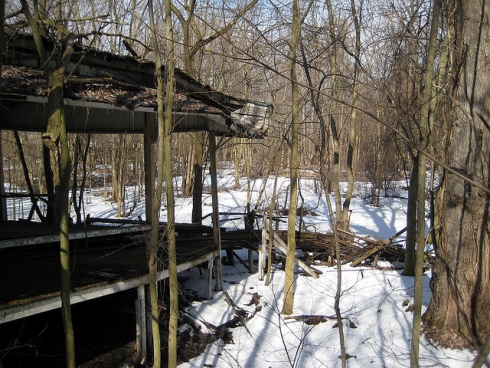 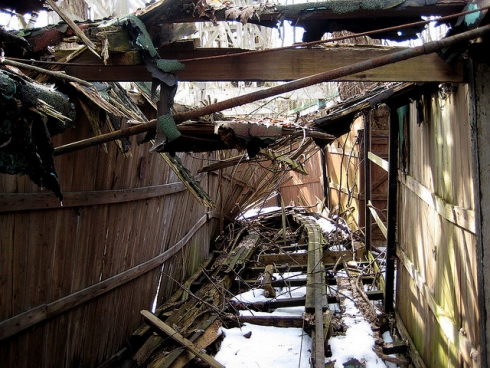 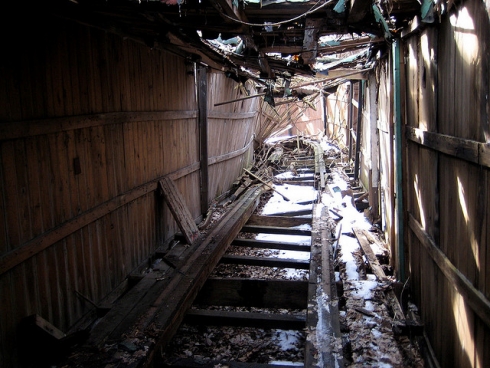 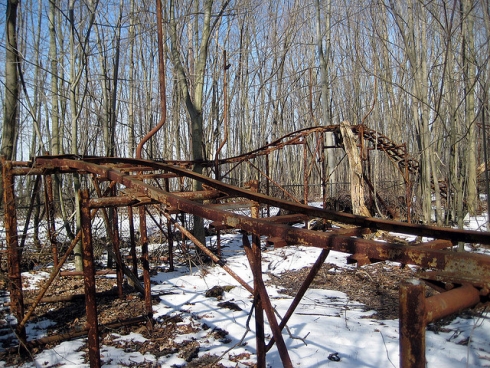 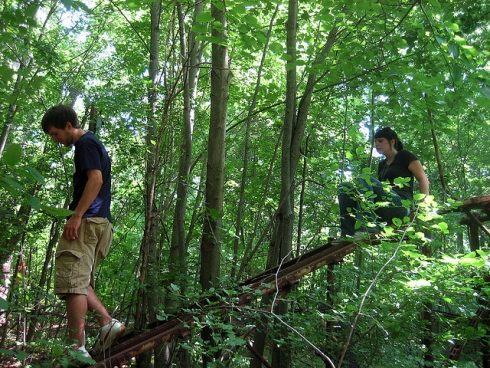 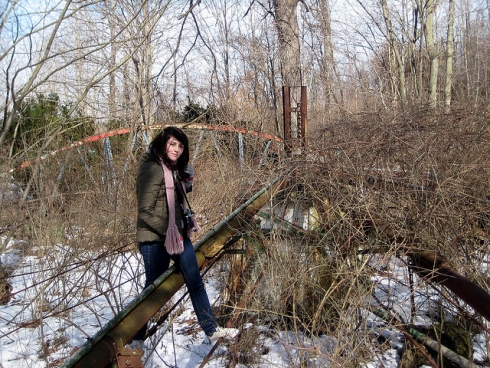