5 Retired Coaster Concepts That Are Fading Away Forever 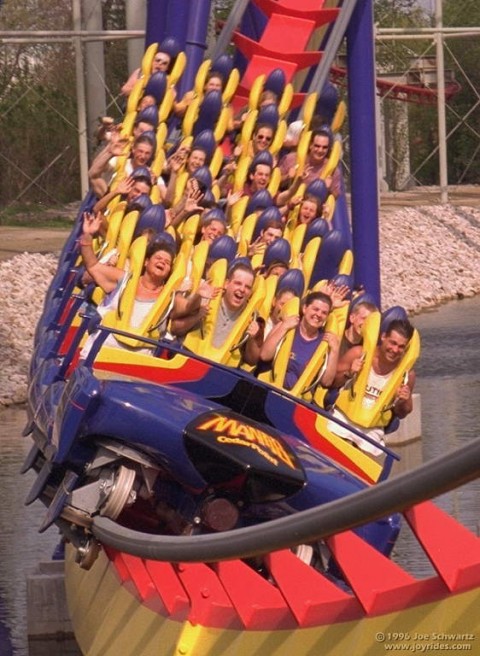 Innovation is the name of the game, but not every new attraction concept gets (or stays) off the ground. In their continual quest to expand the experiences available to guests, ride manufacturers have to push the limits and try new concepts. Some take off wildly and are quickly installed at any major park that can afford it. Others… well… Here, we’ve collected five roller coaster models that showed promise, but just haven’t had the staying power we might’ve hoped for.

Have you had the chance to experience a coaster representing one of retired ride concepts? Do you see why the ride’s style has faded away or been out-innovated? Or do you think that the model could continue to thrive given the right circumstances? 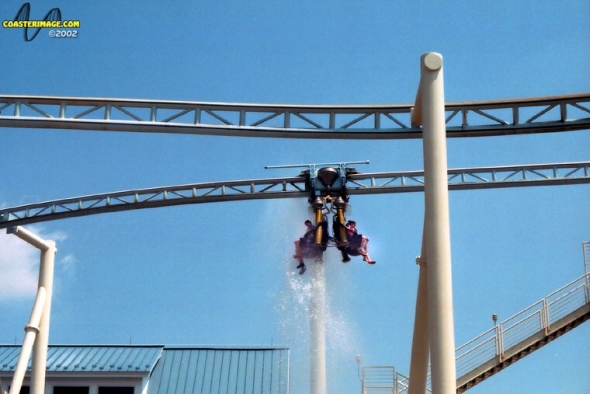 A very unique brand of coaster, roller soaker rides were comprised of four-seat, back-to-back suspended trains which were lifted to the track’s highest point and set to coast slowly (usually around 20 mph) along a gentle course of turns and twists. The big selling point was that each train held up to twenty gallons of water, which riders could drop onto unsuspecting guests and folks in the queue below using buttons embedded into their seats.

Those guests, meanwhile, were usually given access to water guns that could in turn squirt riders suspended from the track overhead. It was really deliriously simple, and it ensured that riders and guests could get absolutely soaked. Sort of a precursor to today’s Splash Battles that soak riders through interaction instead of through splashdowns, roller soakers were perhaps ahead of their time. You can get an idea of how they worked in this video of the one formerly at Hersheypark. Hard Rock Park / Freestyle Music Park also had one, and as far as we can imagine it might still be open if the park had survived.

We can’t say for sure why this concept faded away. Perhaps it was simply the evolution of the family coaster, where the options today are plentiful when designing coasters that everyone can ride together – from Verbolten to FireChaser Express. And all of that water probably shortened the ride’s appeal during the season.

Suspended coasters were the “it” ride that any respectable park would build. The Arrow design was brilliant – bucket-like cars are suspended from an overhead track. However, those cars can swing back and forth, reacting to every curve in the track. It was the perfect sell for parks that needed dynamic, “middle ground” family coasters that everyone could ride together.

At their height, Arrow had built a total of 10, and most “large” parks had one (including Cedar Point, Kings Island, Magic Mountain, Busch Gardens Williamsburg, Canada’s Wonderland, etc.) One by one, they’ve disappeared. Busch Gardens’ Big Bad Wolf was controversially removed in 2009, citing a 25-year lifespan recommended by the manufacturer. Purely coincidentally, during its 25th year, Magic Mountain’s Ninja struck a tree and derailed (though it has since re-opened). At Chessington World of Adventures, Vampire got refurbished with new trains that sort of exclude it from classic suspended coaster examples. So, only four classic ones remain alongside Ninja: Kings Island’s The Bat, Cedar Point’s Iron Dragon, Wonderland’s Vortex.

Ever since the line’s retirement, manufacturers have worked on tons of prototype concepts clearly trying to be the “new” suspended coaster – the family ride that every park wants. So far, there’s no obvious front-runner and custom rides (again, like Verbolten or FireChaser Express) seem to be the strategy. 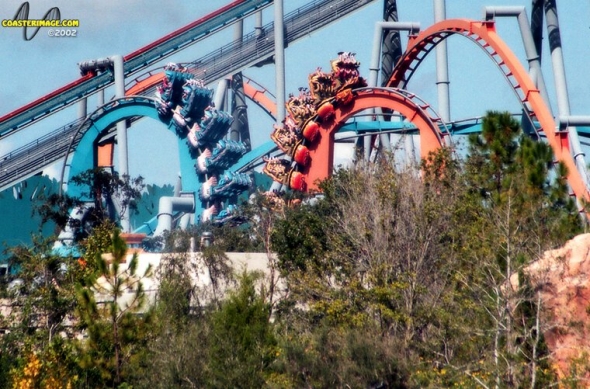 For many years, racing coasters have been going strong. Two trains leave the station along similar (if not mirror-imaged tracks) then race their way back to the station with riders cheering and laughing all the way. The concept leapt forward with the concept of a dueling coaster, where two trains along two separate tracks would interact, but a little more aggressively. Dueling coasters typically feature “near-miss” points where the trains look to be on a collision course before pulling away at the last second – a visual “wow” moment for both riders and onlookers.

The downfall of the dueling coaster has not been for any one particular reasons. One of the first – Batman & Robin: The Chiller at Six Flags Great Adventure – was a beast to open, and even harder to keep open. It closed in 2007 after an on-and-off nine-year lifetime. In 1999 Busch Gardens Tampa opened the formidable Gwazi, sending a Lion and Tiger train into war. Infamous for its roughness (the only wooden coaster across a six-park chain), Gwazi closed its Tiger side entirely in 2012, and the park announced recently that by early 2015, the whole thing will be standing but not operating until its eventual removal.

Probably the most well known example of a dueling coaster was Dueling Dragons at Universal’s Islands of Adventure. Two separate and very different B&M Inverted Coasters had entirely different stats, inversions, and layouts, but were precisely weighed before each ride to ensure that they would meet up at three near-miss points, bringing the trains within 18 inches of each other. Imagine zooming toward an oncoming train at 60 miles per hour, only to pull up into a vertical loop at the last second, inches from kicking other riders. A number of incidents with flying debris apparently tossed between trains forced Universal’s hand. In October 2011, they announced that the ride would never duel again, with the trains instead being dispatched separately. Luckily for them, that happened to coincide with the ride’s renaming as Dragon Challenge and its absorption into the then-new Wizarding World of Harry Potter. The best example of a dueling coaster left today is probably Dauling Dragon at Happy Valley Wuhan in China.

We are a Knoebel's family and waited and watched for years for Flying Turns to be hand built and open. We rode it the past two years and will again on our next family camping trip. My husband and daughter got soaked (ringing out socks)on Hershey's roller soaker and the entire family rode Green Lantern at Six Flags Great Adventure. I enjoyed the ride while the rest of the family just said ouch!

I worked at Cedar Point one summer, so I've ridden Disaster Transport, Iron Dragon, and the Mantis many times. Kennywood in Pittsburgh, PA has The Racer - a variation on a dueling coaster, a wood coaster, where the cars seem to come in on the opposite side of the station as when they left. It is a national landmark.

Kennywoods Racer is a unique racing coaster as it is a möbius loop coaster. That means it is really one long track instead of two tracks.

Not so unique, the Grand National at Blackpool Pleasure Beach is also a möbius coaster. 81 years old and still going strong.