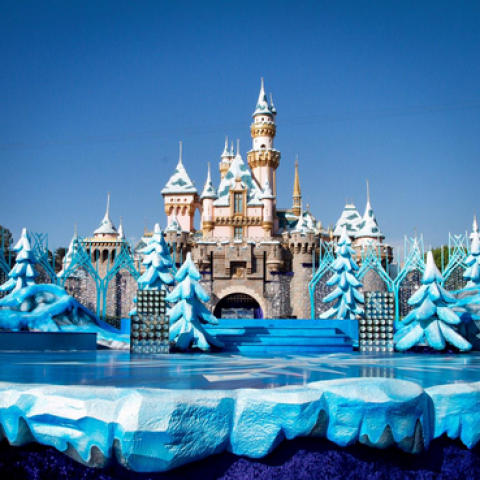 Are you feeling the freeze yet? A host of Frozen activities have descended on Disneyland Resort just in time for winter. The highest grossing animated film of all time was such a surprise hit, that even Disney seemed unprepared. Last summer's Frozen Summer Fun LIVE! at Disney's Hollywood Studios was the first real push to bring the film into the parks. Finally, Disneyland Resort has gone all-out, taking advantage of the chilly season to finally bring Frozen to life. The new Frozen Fun event is centered in the Hollywood Studios section of Disney California Adventure's Hollywoodland, but the event reaches into Disneyland Park, too.

Even if you’re feeling a bit of “Frozen Fatigue,” don’t turn into a Scrooge about it. Remember that this happens every time that Disney releases a hit film. I’m sure that after The Little Mermaid was released, folks got pretty tired of the constant influx of songs, shows, and characters all over the parks. Not to mention, at least Frozen has earned a presence. (Remember Home on the Range Frontierland Petting Farm or an inflatable Chicken Little standing three stories over California Adventure’s entrance?)

So even if Frozen isn’t your thing, recognize that today's kids connect to it, and that it does deserve a presence in the parks. If you don't like it, it'll be gone soon enough. For now, enjoy the tremendous effort Disney had put into making this event something special for the kids who are growing up alongside Anna, Elsa, Olaf, and Sven. 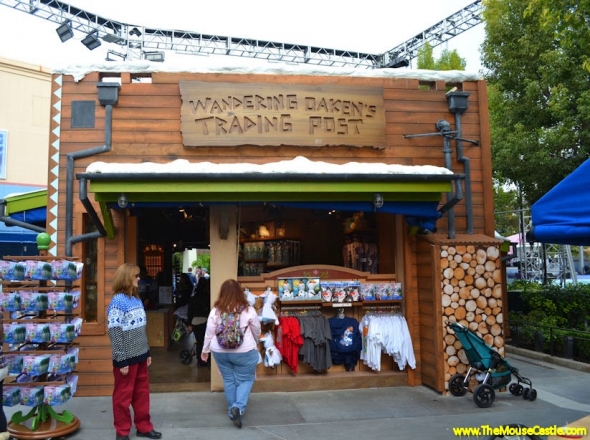 While Hollywood Studios’ half-baked version of Wandering Oaken’s drew heavy criticism from fans, that didn’t stop the relentless consumption of Frozen goods that flowed from the shop-inside-a-soundstage. With California Adventure’s Frozen Fun tucked away inside the park’s single neglected area – the Hollywood Studios portion of Hollywoodland – there was only one gift shop ripe for the freezing.

The tiny Studio Store kiosk would have to become the Trading Post. Luckily, Disney went all out. The kiosk was dressed in wood paneling and snow, with its interior opened up and reconfigured to create a nice warm retreat from the frosty blue tundra of the rest of the area.  And even a year later, it seems that the thirst for Frozen merchandise can’t be quenched… 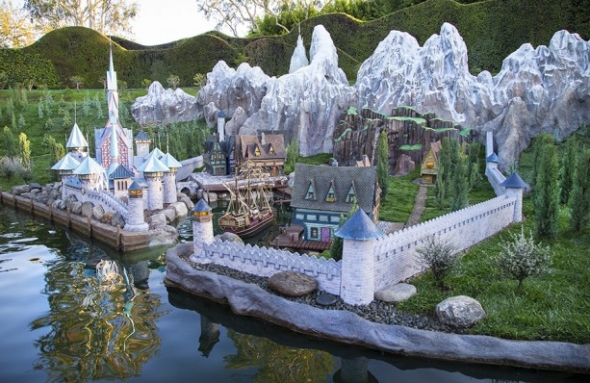 A small but tasteful addition (and one that’s sure to be permanent, outlasting the Frozen Fun event) is across the way at Disneyland Park. The charming Storybook Land Canal Boats attraction (an exclusive to Disneyland Park and Disneyland Paris) sends guests along a narrated voyage through the iconic mouth of Monstro the Whale and into a beautiful secluded grotto full of miniature recreations of classic Disney locales. From Toad Hall to the palace of Agrabah and everything in between. Those with a keen eye will even find King Triton’s castle behind a waterfall. It's an ultra-classic ride (dating to 1956) and just one of the many charming, quiet, relaxing asides that Disneyland offers.

Disney’s teams have worked diligently to bring the kingdom of Arendelle to life on a hillside of the attraction, recreating the village, the castle, the grassy cliffs, and the snowy peaks with Elsa’s icy fortress forming its own mountain peak. Despite some fans’ vocal repulsion at the idea, the end result ended up blending perfectly into the attraction. It looks like it’s been there forever.

5. For The First Time In Forever 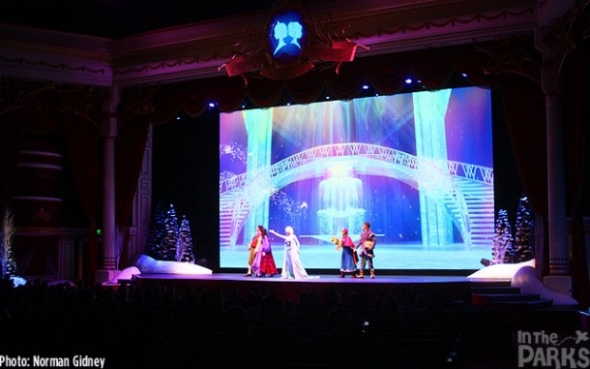 Of course, one of the first elements announced for Disney California Adventure’s Frozen Fun celebration was this sing-along show for all ages. A version of the attraction opened at Disney’s Hollywood Studios for their own Frozen event last summer, and its sell-out crowds were a no-brainer for Disneyland’s roster.

The show introduces two Arendelle historians who recount the time that Queen Elsa ran away. The show uses film clips, live narration, and surprising guest appearances. And of course, being a sing-along, you can expect to “let it go” once or twice.

Most impressive, though, is that the show is placed into the former Muppet*Vision 3D theatre. Re-christened the Crown Jewel Theatre, the entire interior of the zany Muppet queue and attraction have been very impressively re-dressed with details and props befitting a permanent installation… Does that mean that the Muppets won’t be returning? We’ll have to see. But with a staggering twelve performances a day (and Fastpass reservations more or less required to get a good seat), it seems that this show may have a healthy lifespan…

I'm kind of excited about most of these since we will be making our first ever DL pilgrimage in March, but I'm bummed about the Frozen show bumping the Tangled show. I love Frozen, but DH prefers Tangled (it's a better movie--I'll give him that) and he's going to be super sad that Rapunzel got ditched for Anna & Elsa.