4 Reasons Disney FAILED to Bring DisneySea to the US 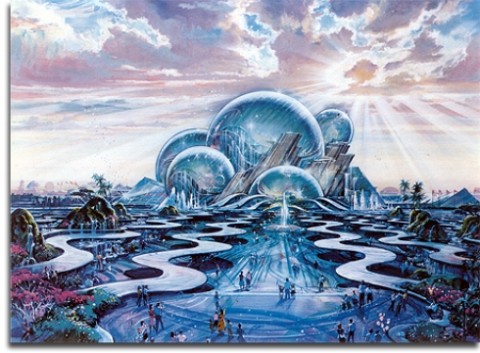 CEO Michael Eisner declared the 1990s the “Disney Decade” because of his massive plans for all things Disney but especially for its theme parks. One of the many projects Imagineers had in development during that period was Port Disney, a property which would have featured a marine-themed park, a dock, a port for cruise ships, retail stores and hotel accommodations meant for Long Beach, California. Like two other U.S. theme park projects developed during the Disney Decade, Port Disney did not come to pass.

One aspect of it, though, did end up finding life elsewhere. DisneySea in Tokyo is influenced by the theme park of the same name planned for Long Beach. Here is a look at the initial plans for Port Disney and a California DisneySea, the reasons it didn’t come to fruition and how it resulted in Tokyo DisneySea.

1. It all started with a hotel Walt Disney couldn’t afford 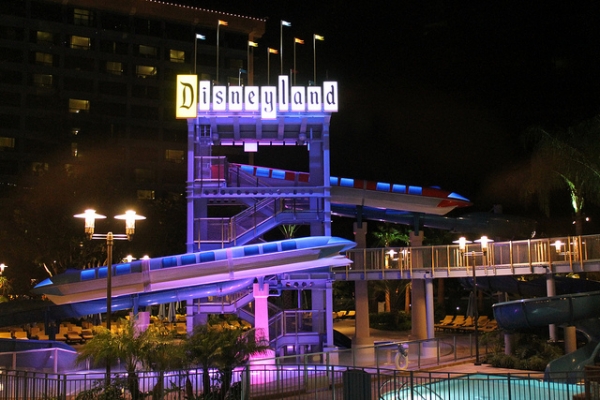 For a long time, the Walt Disney Company didn’t own the Disneyland Hotel. It was built by Jack Wrather as a favor to Walt Disney, who had all his funds tied up in Disneyland at the time. But when Disney did have the money to buy the Disneyland Hotel, Wrather refused to sell it. The only thing that could part him from the property was his death in 1984. After that Disney got its hands on the Disneyland Hotel by buying the Wrather Corporation as a whole. It sold off most of the corporation's other assets, but held on to a few other items of interest that included the rights to The Lone Ranger and, most significantly, Wrather’s interests in Long Beach, California. Disney quickly started considering inventive ways to utilize the property. They landed on a resort named Port Disney, which would have included a DisneySea theme park that sounded pretty spectacular.

2. Disney made headlines… in its own publication 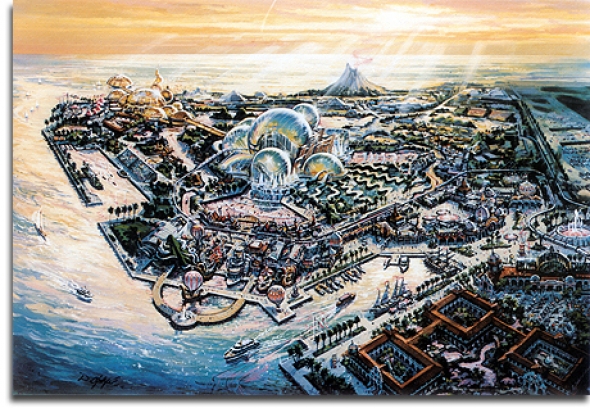 To build interest in the project for people who lived in Long Beach, Disney published the first and only edition of the Port Disney News in 1991. Here is an excerpt from a story inside it, courtesy of Jim Hill Media.

For millions of Southern California residents and visitors, this fantastic voyage may become a reality based on the conceptual master plan for one of the most innovative theme parks ever concieved by the Walt Disney Company. According to its designers, the goal of DisneySea is to enable everyone to experience the "marvels of nature's secret world beneath the sea" and to gain first-hand experience of how the oceans affect human life as well as the life of the planet.

"Our goal is to sensitize millions of visitors each year to the enormous challenges and opportunities of our seas -- our most precious resource -- in a setting that encourages play and fantasy," said David Malmuth, project director and vice president with Disney Development Company. "Basically, we want people to have fun. We also want our guests to directly experience the sea, to wonder about it, to ask questions and to have a memorable time."

Here’s one other piece of text worth highlighting, some inspiring prose about all that Port Disney and DisneySea in specific could become in the hands of the Imagineers. This is taken from the Port Disney Preliminary Master Plan Executive Report, 1990.

TAKE 2: These Projects Got Downgraded In Development. Do You Prefer the "Before" or "After"?