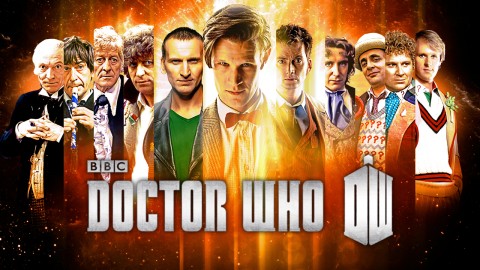 The last we heard of the Skyscraper, the tallest roller coaster in the world that will be installed on International Drive, the developers behind the record-breaking attraction had unleashed a POV video of what, exactly, it’ll be like to ride the behemoth.  Developments occur quickly, however, and even though it’s only been a short month since the jaw-dropping video was made available, there’s already more to report – and, of course, to speculate – on.

First, the latest news:  after already pledging to spend some $250 million on the Skyplex compound that will house the “mega-thrill ride,” the owners of Mango’s Tropical Café – who are bankrolling the project – have just dropped another $1.2 million on an one-and-a-half-acre slice of land on Canada Ave, according to I-Drive Orlando.  The real estate was being used as parking for Pirate’s Dinner Adventure and will now serve the same function for the Skyplex, serving both guests’ and employees’ vehicles, as well as buses and shuttles.  (The land grab follows several such purchases over the course of the past year, including parcels that used to contain a 7-Eleven and the World Bowling Center.)

Much more titillating, however, is one of the Skyscraper’s possible usages that, until now, has been on the backburner of most coverage.

One of the most intriguing aspects of the Polercoaster model (which, of course, the Skyscraper is based off of) when it was first unveiled by manufacturers US Thrill Rides and S&S Worldwide three years ago was the fact that it could actually house several different attractions in one:  the roller coaster itself, which stretches up and races back down the 570 feet of the tower, along with one or two additional stories atop the structure.  These extra levels could function as either an observation deck (like the one atop the Seattle Space Needle) or as a mini-mall, featuring restaurants, stores, and, even, traditional theme park dark rides.

Our friend Lance over at Screamscape has an interesting hypothesis as to why the top of the Skyscraper’s tower looks the way it does, with a ringed platform running around its circumference.  Assuming that it’s there for functionality and not aesthetics, Lance speculates that it looks suspiciously similar to attractions already seen in both New Zealand and Las Vegas:  SkyWalk allows guests to take a stroll around a platform (wearing a roped safety harness, of course) at Sky Tower, while SkyJump has its patrons essentially bungee-jump their way back down to the ground from the top of the Stratosphere Hotel Casino.

Given the exorbitant price tag of Skyplex – it’s already reached the level of Universal’s first Wizarding World of Harry Potter, and it will only go up as ground is actually broken next year – incorporating such additional experiences (particularly ones so unique in the crowded attractions area) is a no-brainer. 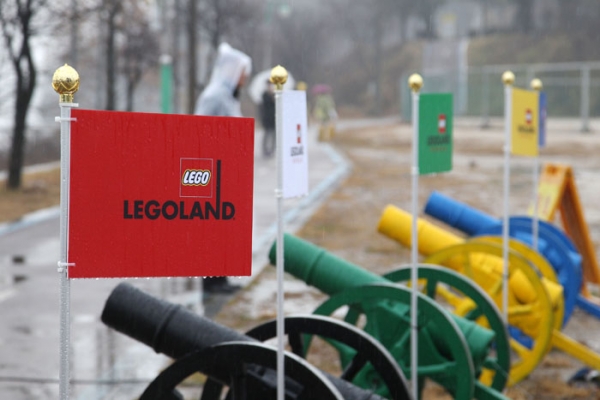 If you thought global heavyweight Disney or the ever-more-expanding challenger Universal was leading the pack in terms of worldwide theme park construction, think again – it’s actually Merlin Entertainments who takes the crown, with its vow to open a new Legoland, on average, every two to three years.

The company has already opened two new parks since acquiring the Legoland property in 2005 – in Malaysia and, perhaps most famously, in Florida – and has announced plans for one in Japan.  Now, thanks to ground being broken last month in South Korea, it can add an eighth entry to its global portfolio (that’s right – after only nine years, Merlin is already two-thirds of the way to catching up with Disney).

Costing just a tad more than I-Drive’s Skyplex at $270 million, Legoland Korea will be the largest Legoland in the world and will also, according to Travel Daily, feature “further retail and complementary leisure offerings.”  Although no official attraction lineup has been disclosed, it’s expected to be largely consistent with the six extant parks in Europe, the United States, and Malaysia. 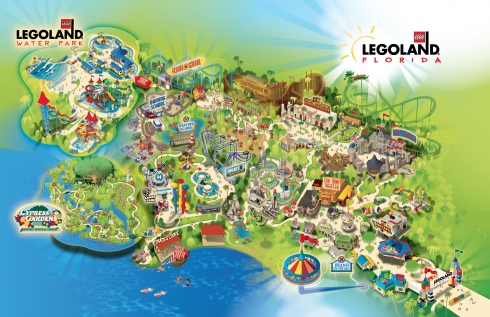 And as icing on the cake, the development has further bolstered the financial might of Merlin, which is already the second-largest theme park operator in the world; just this month, the company reported that its pre-tax earnings for 2014 are expected to be over $625 million.

At this rate, Merlin will no longer be able to be ignored by either Disney or Universal – it’s more than earned a seat at the table with the Big Two.