There really is something for everyone at Walt Disney World. Its size and year-round operating calendar provide ample opportunity to give guests experiences of all kinds – from character meetings that delight children to laid back spa treatments for the adults. If you're old or young, love Disney or even hate Disney, there's still something for you.

And yes, that includes the sports fans.

It all started back in 1996, when the Walt Disney Company purchased television network ABC and, as part of the deal, picked up a moderately-sized all-sports cable network: ESPN.

A year later, the company opened Disney's Wide World of Sports Complex at Walt Disney World. The complex, later renamed the ESPN Wide World of Sports, houses dozens of practice and competition fields for all varieties of sports, from the professional level all the way down to Little League. The appeal of a venue located within Walt Disney World has made the complex rather successful, and has even brought a few high-profile sports to Central Florida.

All in all, since purchasing ESPN, Disney's relevance to sports fans has grown exponentially, and should you be a sports fan finding yourself en route to the Vacation Kingdom, make sure to time your journey so you can catch one of these five awesome events: 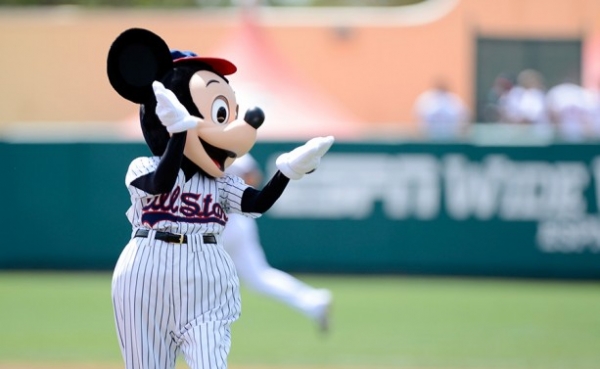 In 1997, the Atlanta Braves began holding their annual Spring Training at the Wide World of Sports Complex. Seen as the spiritual opening of baseball season, Spring Training features an expanded roster of Major League Baseball players competing in organized competition with the hope of earning a callup to the Majors.

For baseball fans, Spring Training offers a unique opportunity to watch big-name stars compete in an informal and more open environment. Champion Stadium, the ballpark hosting the games, perfectly combines Major League Baseball's glamour with the charm and intimacy of the traditional Spring Training experience – something Disney should be quite proud of.

While Spring Training usually lasts from late February to late March, the GCL Braves – a Single A affiliate for Atlanta – calls the stadium home through the summer months. 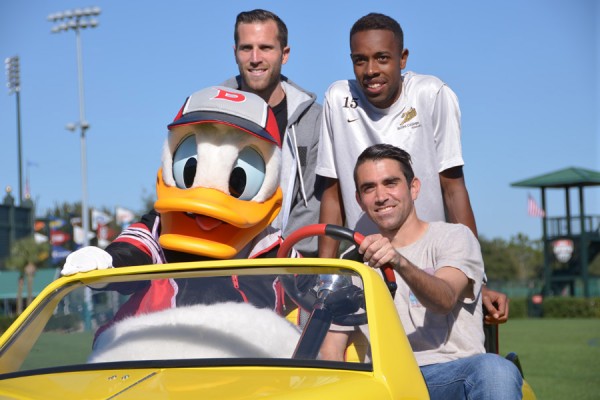 Hey, did you know the U.S. has a professional soccer league? Well, it does: Major League Soccer has been operating since 1993, and ever since 2010, it has hosted an annual pre-season tournament at the Wide World of Sports Complex: the Walt Disney World Pro Soccer Classic.

Technically, clubs outside MLS are welcome to compete, as the 2014 version of the tournament saw clubs from Brazil and an American minor league enter the fray. But, traditionally, the winners of the tournament have been MLS clubs like Columbus Crew or Montreal Impact.

While none of the soccer on display would rival what you'd see played by a world superpower like Barcelona or Bayern Munich, it's still a fun, energetic tournament for fans of the sport to enjoy. For a lot of Americans, professional soccer is still something of a novelty, and many are unable to watch it in person – so the WDW Pro Soccer Classic is a fun way to enjoy the beautiful game in a unique setting. 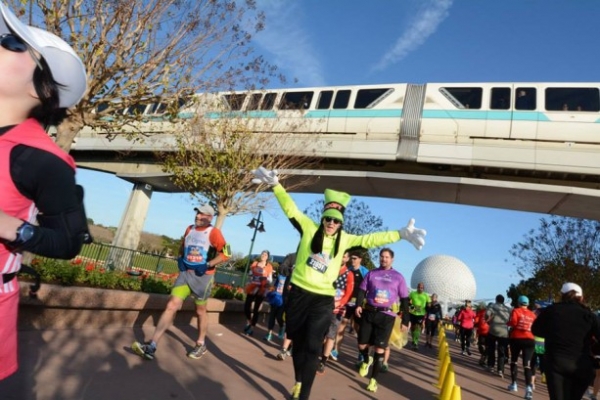 Runners often speak of their devotion to the sport with a spiritual reverence – they love to run and feel the most alive while doing it. A marathon has the added benefit of being incredibly challenging, asking more of the runner than they might have previously thought possible. It only seems fair, then, that those who attempt it be treated with beautiful theme park views.

The Walt Disney World Marathon is held every January in Orlando, and is the signature event of the RunDisney series. Frankly, it's easy to see why: the 26.2 mile course takes runners through all four Disney parks, along with the Wide World of Sports Complex and the Walt Disney World Speedway. That's pretty unique.

Marathon weekend at Disney World can be a pretty hectic time to attend, with thousands of people venturing to Central Florida to run the magical course, but those in attendance have the pleasure of watching the races, cheering on the runners, and even participating in one of the other events on schedule.