All-Star Roundtable: The 6 Biggest Developments in Theme Parks in 2014 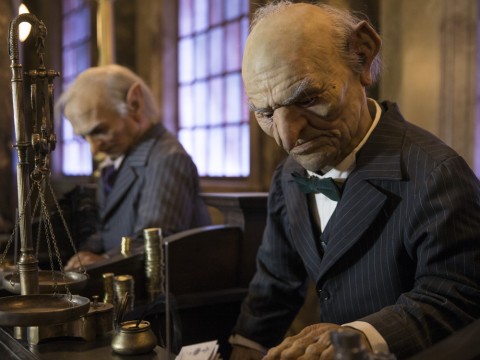 2014 has proven to be one of the single biggest years in theme park history, with major developments and announcements occurring at literally every corner of the globe and with ramifications that are certain to be felt for quite a long time to come.  But what if you had to pick only one to be representative of the whole industry for the whole year?

(Our friend Derek Burgan, unfortunately, wasn’t able to join us due to some unforeseen circumstances that popped up at the last minute).

The panelists came up with six different contenders for the title of single most important development of 2014, ranging from the grand debuts of new theme park lands to the increased competitiveness – and creativity – of the industry’s major players to the implosions of long-lasting brands. 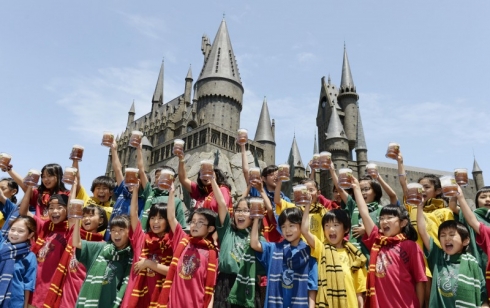 2014 has been a huge year for theme parks all across the globe, from new Wizarding Worlds in Orlando and Osaka to a wide swath of attraction closures at Walt Disney World to the announcement that Tokyo Disney Resort is going to have its biggest expansion yet.

Which development do you think is not only the most important to note, but the one that will also perhaps be the most telling for what's to come in the next several years?  When theme park historians – all three of them – look back at 2014, which do you think will be the first topic of their dissertations?  =)

When we look back at 2014, I think that the future critics of this industry will see the opening of Diagon Alley as one of those turning points in the history of themed entertainment, in the tradition of the opening of Disneyland and the 1964 New York Fair. Before Diagon Alley, theme parks retained much of their predecessor amusement parks' DNA – they offered collections of attractions, with the additional benefit of a common theme that held together the various attractions within a land. Diagon Alley takes us toward the next step in the evolution of themed entertainment, from a themed collection of attractions to a complete, unified immersive environment.  Universal's Diagon Alley isn't like Hogsmeade – a Harry Potter-themed land.  It is Diagon Alley itself, faithful in size, scale, and line-up, with no rides, buildings, or features that break the environment.

This evolution already is having an effect on other developments in the industry.  From what I've heard, one of the continuing delays in Disney's announcement of Star Wars Land has been the internal battle Diagon Alley has fueled within Walt Disney Imagineering.

Many within WDI want Disney to do better than Diagon Alley with Star Wars Land, but the Star Wars universe, spread among so many planets, doesn't lend itself to creating complete, immersive environments in theme park spaces the way that Harry Potter does.  (Plus, there's that whole thing with getting more money from the Disney brass for the project budget, too.) I'm coming to believe that not many people care about theme parks, per se, anymore.  It's all about specific franchises, and perhaps the brands that cultivate these franchises (Disney and Marvel, to name the two biggest right now).  People want to connect with their favorite franchises, and Diagon Alley has forever raised the standard of what a physical connection with a franchise can be.

I agree with Robert that Diagon Alley is a hugely significant development.  As the only participant in this roundtable based in Europe, however, I'm going to pick out something different – the €1bn recapitalization of Disneyland Paris's parent company by Disney, which was announced in October. Back in 1992, when the Euro Disney Resort first opened, Disney (and most analysts) were supremely confident that it would be a success.  It was following the same blueprint as Disneyland, Walt Disney World, and Tokyo Disneyland, it would be based in a continent that was already in love with Disney (and that already supplied huge numbers of visitors to the Florida parks), and it was within relatively easy travelling distance of tens of millions of affluent Europeans.  It should have been a slam dunk. 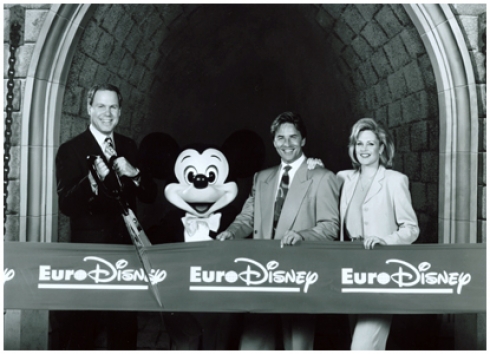 The problem, of course, was the resort's financial structure, which, in hindsight, was a disaster waiting to happen.  A collapse in the French property market and a recession left the resort with a huge debt burden that it has never been able to escape. Paris's version of Magic Kingdom was, and still is (for me, at least), by far the most visually impressive of the various "castle" parks that Disney has built around the world.  Not only that, but it also possessed the very best versions of classic attractions such as Big Thunder Mountain, Pirates of the Caribbean, and Space Mountain. Despite that, and despite the opening of a second park in Walt Disney Studios, the resort has never really been able to climb out from under the cloud that its early financial difficulties caused.  Many people over here regard a visit to Disneyland Paris as a consolation prize for those who can't afford a trip to Disney World.

And the once-stunning first park still looks great in many places, but is beginning to (quite literally) fall apart in others.  The sight of the Mark Twain Riverboat rotting away in the Rivers of the Far West was a pretty depressing one when I last visited back in September. 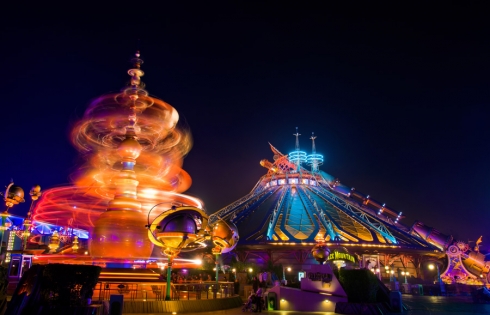 The original Star Tours lives on at Disneyland Paris – the only version of the ride still in operation.  Why?  Because the resort is simply too broke to upgrade it to Star Tours: The Adventures Continue.  Meanwhile, Space Mountain: Mission 2 – once one of the best roller coasters in Europe – is now so uncomfortable to ride that many guests simply avoid it altogether. Next door, Walt Disney Studios is an embarrassing shadow of a Disney park.  Yes, it has some great attractions – the Twilight Zone Tower of Terror, Crush's Coaster, and the underrated CinéMagique and Animagique.  But the theming surrounding them is virtually non-existent – the park resembles a bunch of Disney attractions dumped inside a concrete parking lot. Except, that is, for the new Place de Remy area, which houses the excellent Ratatouille: L'Aventure Totalement Toquée de Rémy.  We spent many hours relaxing in this area, taking in the ambiance of a fantasy, Pixar version of Paris.  There is hope for the rest of the park yet. 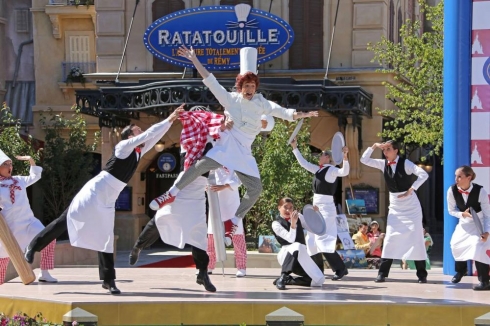 Which is why I'm so excited that Disney stepped in, again, to refinance Euro Disney SCA.  Yes, the complicated financial maneuvers will still leave the resort a billion euros in the red.  But it will stand a real chance of turning a profit – and money will finally be available to upgrade attractions in Disneyland Park and begin to overhaul Walt Disney Studios.  It's not necessarily the Disney California Adventure-style rescue plan that I'd hoped for, but it's a huge step in the right direction. It's also a clear statement from Disney that it can't – and won't – allow Disneyland Paris to simply go under.  Nor will it allow it to continue scraping along, damaging the Disney brand with poor maintenance and a lack of new attractions.  Disney CEO Bob Iger has essentially admitted that the company can't allow Europe's biggest tourist attraction to collapse, and is seemingly ready to throw the financial muscle of Disney behind it to ensure its brand is protected. And as someone who fell in love with Disneyland Paris on first sight, it's hard to look past that as the most significant theme park industry event of 2014.

Let me follow up with a question, if I may:

Given your responses, Robert, do all of you guys think that maybe Diagon Alley may prove more damaging than helpful?  Is there the possibility that other companies – such as that great example of Disney with Star Wars Land – may shoehorn every attraction/land/development in this hyper-authentic, 1:1 model?