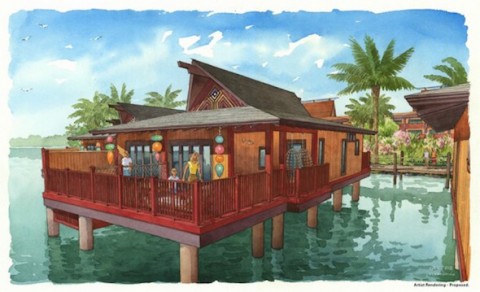 This is the weekly news, rumors and refurbishments update for Walt Disney World for the week of December 7, 2014.

1. More details are released about the bungalows at Disney’s Polynesian Village Resort

Last week we mentioned the possibility that the re-imagined lobby at Disney’s Polynesian Village Resort may be opening later this month.

The walls on the main floor of the Great Ceremonial House have now been removed and replaced with curtains. The lights fixtures have also been installed and decorative trim is being added. With the final details being put in place, the grand reveal can’t be far away.

Disney has released concept art for the Bungalows over Seven Seas Lagoon and the Deluxe Studio Disney Vacation Club rooms. 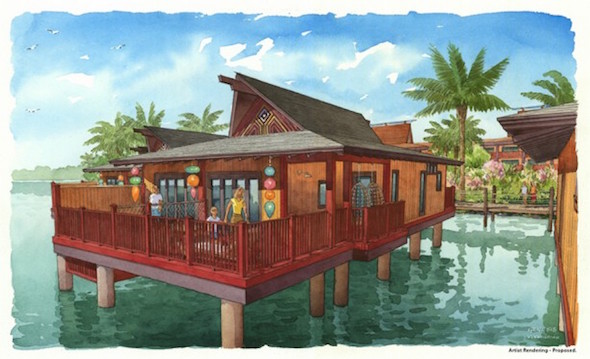 There will be 20 Bungalows in total over the Seven Seas Lagoon. The Bungalows can sleep up to eight guests and will feature a private plunge pool. 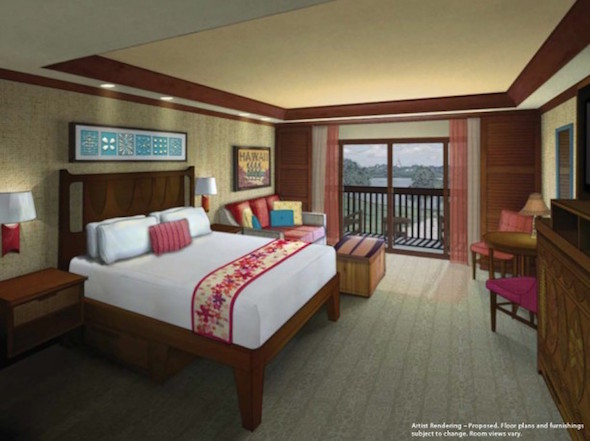