The 4 Lost Downtown Disney Spots We Miss the Most 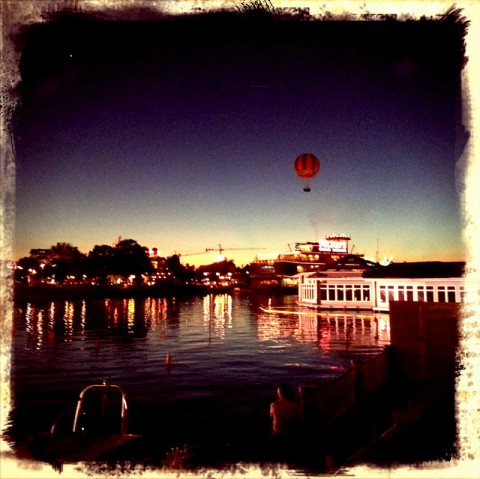 To that end, one of the smartest capital projects Disney ever thought of was the construction of and reinvestment in Downtown Disney at Walt Disney World.

While it's currently undergoing the long-overdue transformation into Disney Springs, Downtown Disney first opened in 1975 as the Lake Buena Vista Shopping Village – a quaint shopping and dining destination for guests staying on-property. More than anything, it served to expand Walt Disney World's entertainment offerings, as at that time, the Magic Kingdom was the resort's only theme park.

Over time, it underwent a few more transformations – becoming the Walt Disney World Village in 1977, adding Pleasure Island in 1989, and rechristening as Downtown Disney (with it's expanded West Side) in 1997. And in that time, many different shops, restaurants, and nightlife spots have come and gone – some with a bang, others with a whimper.

With Disney Springs well on its way, let's take a moment to look back at some Downtown Disney spots that will make you feel nostalgic for yesteryear: 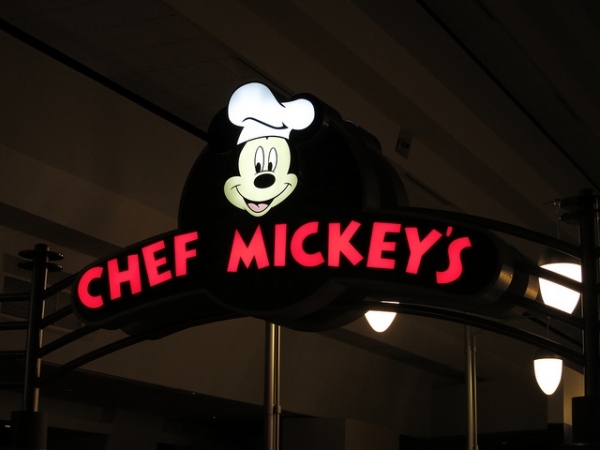 Yes, it's true. Before Mickey and his friends took up a permanent culinary residence at the Contemporary Resort (pictured above), they operated a free-standing restaurant at the Disney Village. The restaurant opened in 1990 and offered something that was actually pretty rare on Disney property – character dining.

You see, for the first half of Walt Disney World's existence, character dining was mostly an afterthought. Guests would visit restaurants and breakfast buffets to eat, and the characters were really just a bonus. And, in the beginning, demand was actually pretty low.

It's hard to imagine now, but most of these dining experiences didn't even require a reservation – you could show up, have breakfast, and wouldn't you know it, there's the Big Cheese. Obviously, nowadays, that's not the case. Try showing up to Cinderella's Royal Table or Restaurant Akershus without a reservation and see what happens. (Spoiler alert: You won't get in.)

For the original Chef Mickey's, the cuisine was as much of a draw as the characters – the prime rib was particularly delectable – and, crucially, it offered a change of pace from the other dining establishments at Disney. Over time, as more character dining options opened and more varying kinds of food began to be offered around the resort, Chef Mickey's lost the unique appeal that made it special and was moved to the Contemporary Resort. If you're curious, its old building at the Disney Village now houses the Rainforest Cafe.

Sure, it's a bit different now, but the original Chef Mickey's was a real restaurant with real dishes that just so happened to be owned and operated by a mouse. 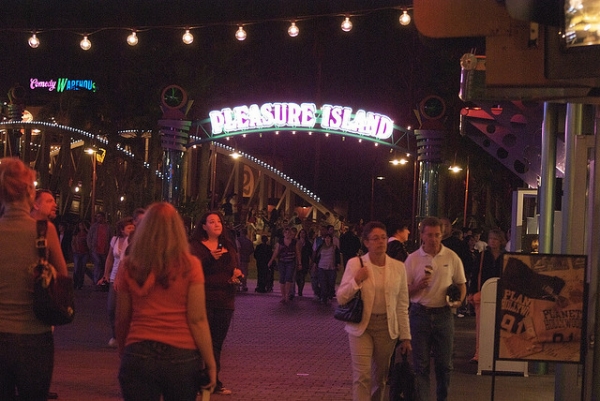 In his quest to keep guests on property for as long as humanly possible, former Disney CEO Michael Eisner decided to open an adults-only nightclub district. Sure enough, in 1989, Pleasure Island opened and, for a time, offered exactly that experience to Disney vacationers who needed some time away from their kids.

Being that it was the late 80s and early 90s, that experience consisted, mostly, of wearing bright colors and loud patterns while shouting “WOO! This New Kids on the Block tattoo was a great idea!” When adults weren't doing that, however, they could dance the night away at a club or enjoy some free entertainment at one of the outdoor stages.

Pleasure Island opened with around a dozen clubs and venues where guests could experience everything from club music to country to jazz to improv comedy (the latter of which featured a holiday show that has since been restaged at Disney's Hollywood studios). Most of these clubs have now either been torn down, converted into restaurants, or rebuilt to match the upcoming Disney Springs aesthetic, but they once dominated the area with their neon, industrial architecture.

For 15 years, PI's signature celebration occurred every night at midnight, when everyone would gather in the center promenade to celebrate “New Year's Eve.” That ceremony ended in 2005 and marked the end of PI's heyday. By 2008, Pleasure Island was closed.

soory but the original chef mickeys was the building down by the water not where rainforest is at.

We had so much fun at Pleasure Island in its day. Loved the different dance clubs and mid night celebration was always a BLAST. We so hope the next phase of this area will be & bring as much enjoyment.