Behind the Ride: 4 Mind-Bending Tricks Employed by Disney's Expedition Everest 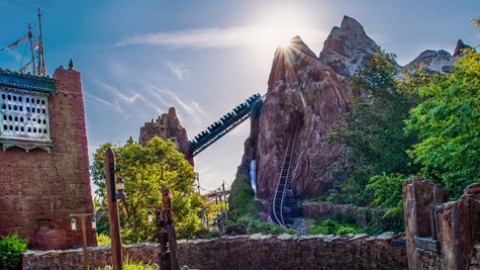 In 1998, The Walt Disney Company debuted their first newly created park in almost a decade. Expectations were sky high, and most people realize that the initial reactions were decidedly mixed. After garnering 8.6 million visits in 1998, park attendance steadily declined to 7.3 million in 2002, a number it matched in 2003.

On the fifth anniversary of the park’s debut, Disney wanted to make a splash. They announced construction for a revolutionary new ride. It would not only compete with some of the headline-grabbing, adrenaline-spiking roller coasters being built at other theme parks but also deliver a signature view in the sprawling Animal Kingdom landscape.

Expedition Everest was the ride, and no expense would be spared to make it the ultimate park experience. $100 million was ultimately invested in its creation, making it almost as expensive as the movie Cars, the first Pixar release after Disney acquired that company in 2006. $100 million was such an unprecedented financial outlay for a theme park ride that it was still listed in the Guinness Book of World Records as the most expensive roller coaster in the world a full five years later.

Disney definitely got their money’s worth. Almost a decade later, Expedition Everest remains the signature attraction at Animal Kingdom, and it will hold that title until the debut of Avatar Land in 2017. It is one of the most thematic ride park experiences in the world, featuring breathtaking visuals and G-force of 2.7 that happens in the dark. And let’s not forget the 22-foot-tall state-of-the-art animatronic Yeti. Expedition Everest is a hallmark achievement in engineering. Read on to discover how it works. 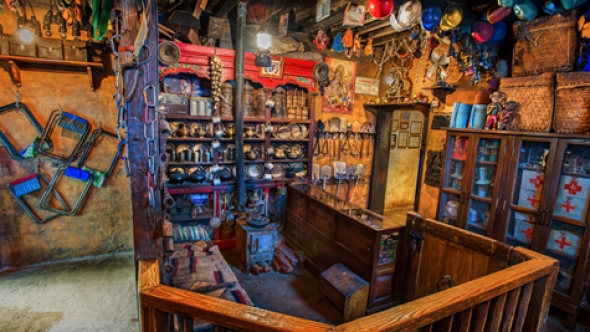 The Experience: Expedition Everest is a high concept ride. During their time in line, visitors are symbolically altered into tourists in an exotic land.

The Trick: The Nepalese town of Serka Zong in the fictional kingdom of Anandapur is the location, and Disney spared no expense in creating the most realistic fictional city imaginable. Countless Imagineers trekked to the Himalayas in order to understand the indigenous culture. In fact, some of the pictures taken during these actual expeditions are now displayed in the museum/wait line for the ride.

With a nine-figure budget, there is obviously a lot of attention to detail utilized to create the atmospheric Royal Anandapur Tea Company and accompanying Yeti Museum. Over 8,000 genuine Nepalese items were purchased to be integrated into the ride area. If you have ever noted the astounding authenticity of the props on display, this is the explanation. They are the real deal rather than recreations. 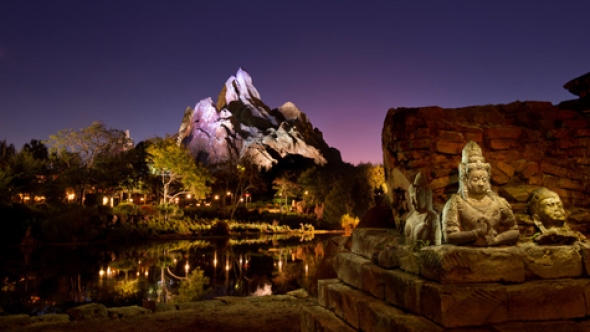 The Experience: A 199 foot tall mountain somehow seems even larger, making it the focus of the entire theme park.

The Trick: Building a man-made mountain is an arduous task rather than an easy one, despite what you may believe because of Disney. After all, the theme park masters have built about 20 of them over the years starting with The Matterhorn Bobsleds in 1959.

In order to differentiate it from the rest, the mountain setting for Expedition Everest had to be eye-grabbing in an original way. Rather than compete with the new style of giga-roller coasters popping up across the world, Disney’s Imagineers chose to focus upon what they do best: atmosphere.

Using a forced perspective, Everest is recreated as a background peak off in the distance to the right, thereby creating the sensation that the dazzling landmark in question, the Forbidden Mountain, is much larger than the 200 feet tall.

Disney’s vaunted attention to detail and expertise in line of sight causes the short mountain to dominate the landscape across Animal Kingdom without requiring massive height for the actual structure. Simply by crafting a mountain range rather than a sole mountain, the Yeti’s residence looks gigantic. It is a blueprint example of how to make less seem like more.