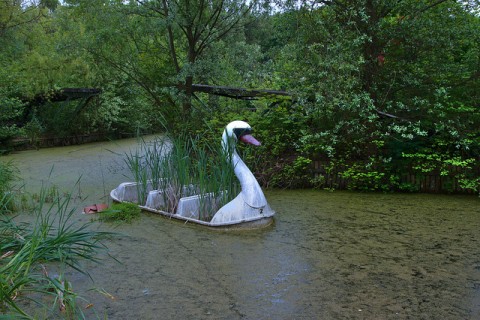 Spreepark in Berlin, Germany is yet another theme park that was abandoned years ago, making for some eerie photographs. Before we get to those, though, here’s a short history of the ill-fated theme park.

The park originally opened in 1969 as Kulturpark Plänterwald, north of German spot Plänterwald and the river Spree. It was the only theme park that was consistently around in Berlin and East Germany as a whole.

Out of seven applicants, the Spreepark Berlin GmbH company received of contract to make updates to the East Germany park, renamed Spreepark.  Over time it transformed into a theme park more similar to Westerners. Attractions like a Ferris wheel, roller coasters, water courses, a stage and more were added. Soon, Spreepark reached 1.5 million visitors a year. One other big difference was that it started utilizing an entrance fee, instead of charging for each individual ride. Sadly, though, the park fell in debt in 1999. Lack of parking space and an increased admission fee lowered attendance numbers. By 2001 only 400,000 visitors attended. That same year, Spreepark GmbH announced that they were insolvent.

The owner of Spreepark, Norbertt Witte, moved to Lima, Peru, and was able to sneak away a few of the Spreepark attractions by claiming that they were being shipped out to be repaired. His attempts to build a Lumapark in Peru failed and he was even charged in 2004 with seven years in jail for smuggling £14 million worth of cocaine from Peru to Germany in the masts of a Flying Carpet ride. Two years later a Peruvian court sentenced his son Marcel to 20 years for drug smuggling. Crazy, right?

Since 2002 Spreepark, which owes a staggering €11,000,000 and has fallen into disrepair, has been closed to visitors. Famous uses of the park since then include a scene in the 2011 action film Hannah and a music video for a German band named Sizarr. In March the City of Berlin bought Spreepark, but the future of the theme park is uncertain.

On August 10th a maybe-deliberate fire destroyed much of the park. Thankfully, though, some adventurous photographers took some great pictures of the abandoned Spreepark before then. Here are a number of them below.

First are some photos setting the scene. All color photos are courtesy of conticum via Flickr. 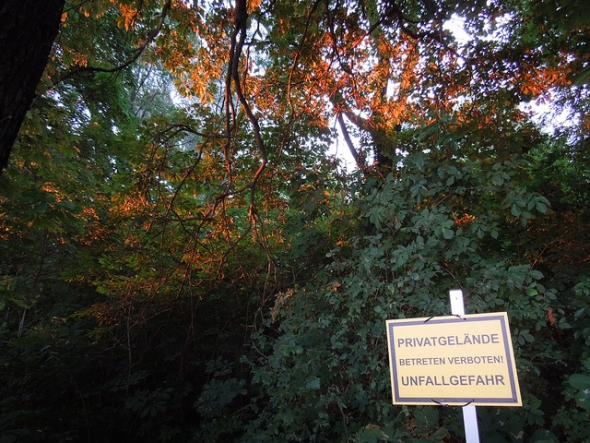 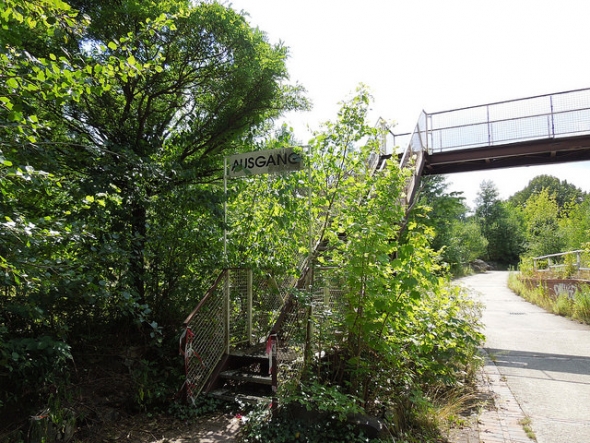 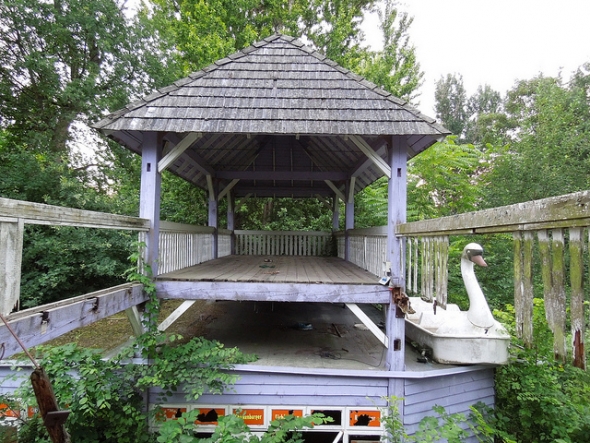 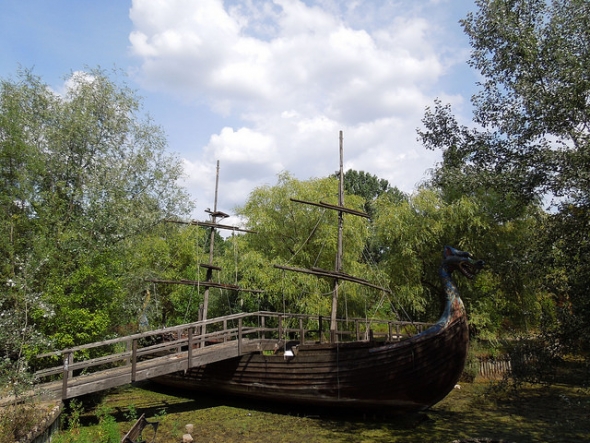 Next the village that was a part of Spreepark. 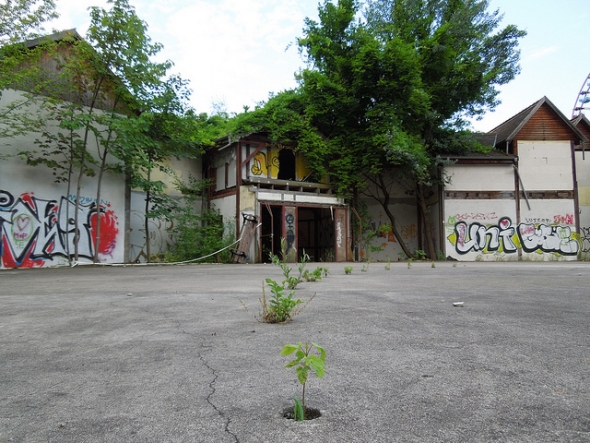 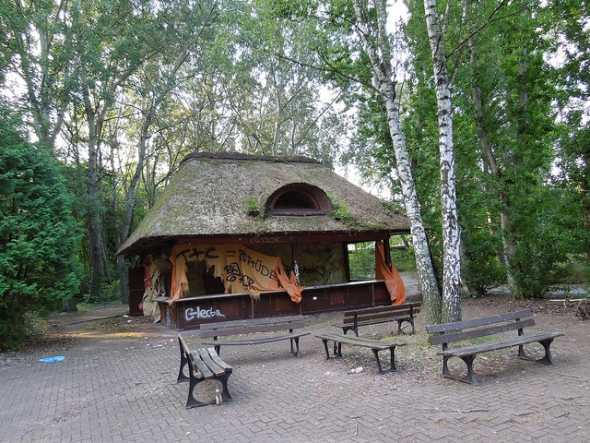 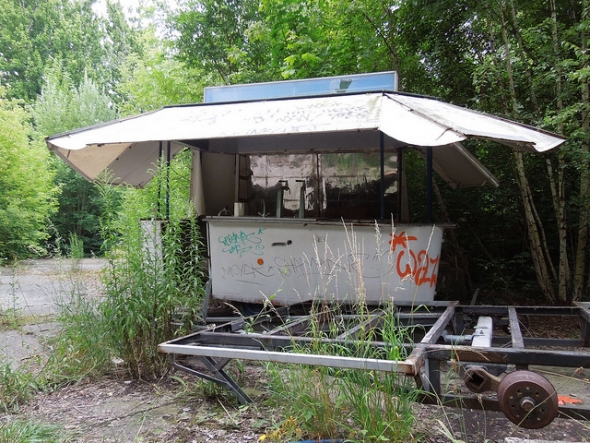 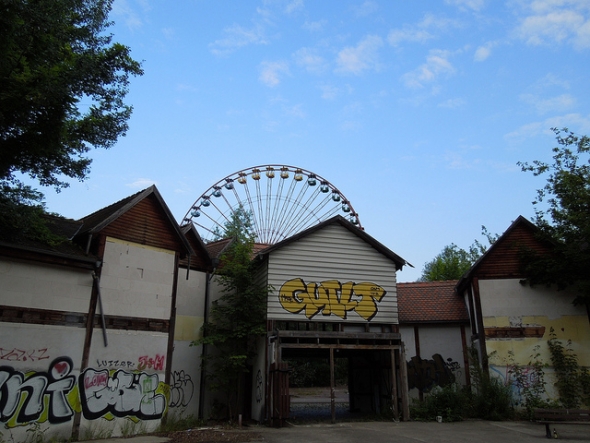 Now some photos of the roller coaster. 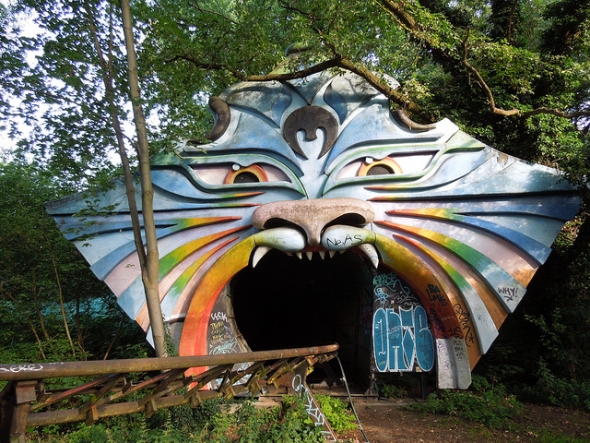 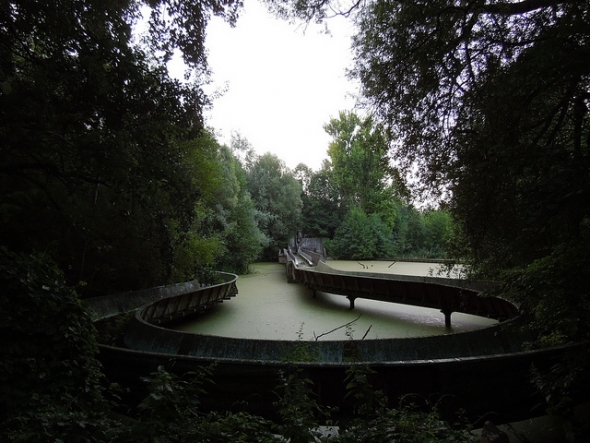 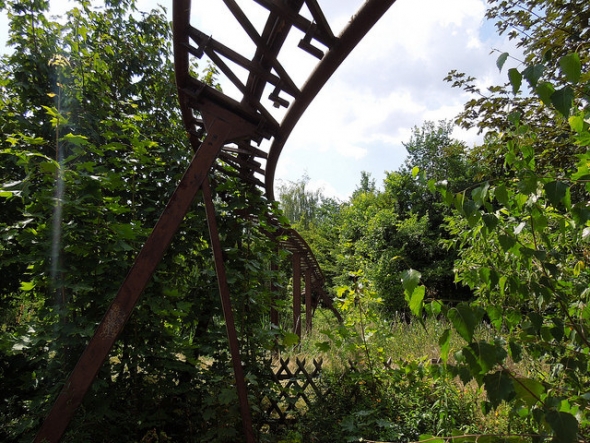 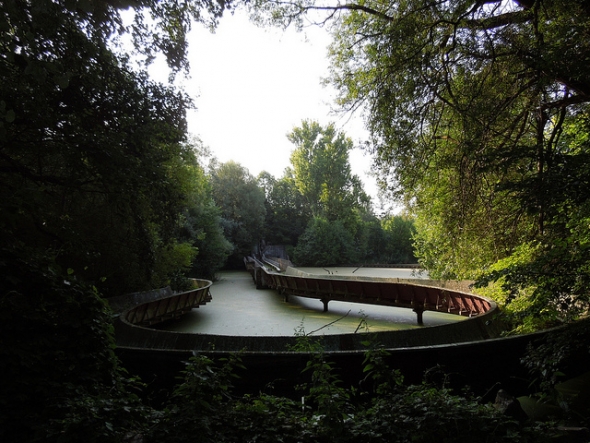 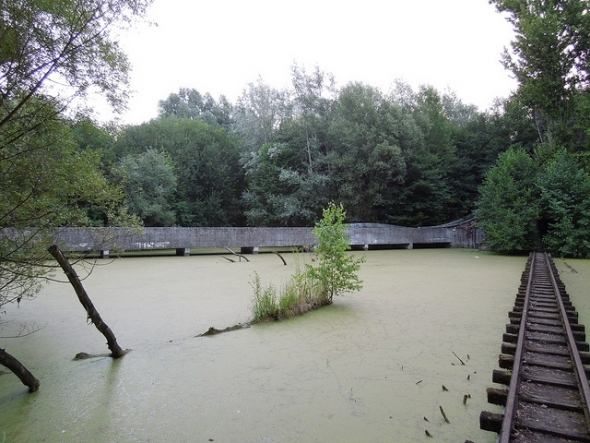