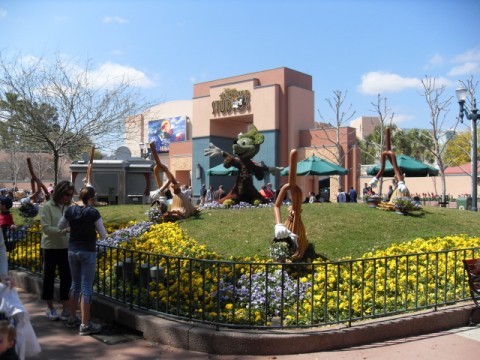 Hidden Mickey hunting is a wildly popular activity among Disney fans. Although numerous guides exist, including Steven Barrett’s excellent books and website, no one really knows for sure where all of them are. If you have never heard the term, a Hidden Mickey is a depiction of Mickey Mouse (often just the three circles, but sometimes a profile or full body) or another character that is hidden in plain sight. While obvious Mickeys, often called décor Mickeys, don’t count, anything that is not readily apparent does. Hidden Mickey hunting can be addictive, and people sometimes find themselves running into walls trying to find a particularly good one.

Everyone has his or her favorite Hidden Mickeys, and the topic can be a source of much spirited debate between fans. I chose my favorites based on their unusual nature, difficulty to find, and overall coolness. Interestingly, 4 of my top 5 are located in Disney’s Hollywood Studios, which is not even my favorite park! However, I think that park does a masterful job of concealing Hidden Mickeys in creative and dynamic ways. Rounding out my favorites is Animal Kingdom’s stunning collection of tiny Hidden Mickeys that take some real effort to find. What do you think? Did I leave out one of your favorites? 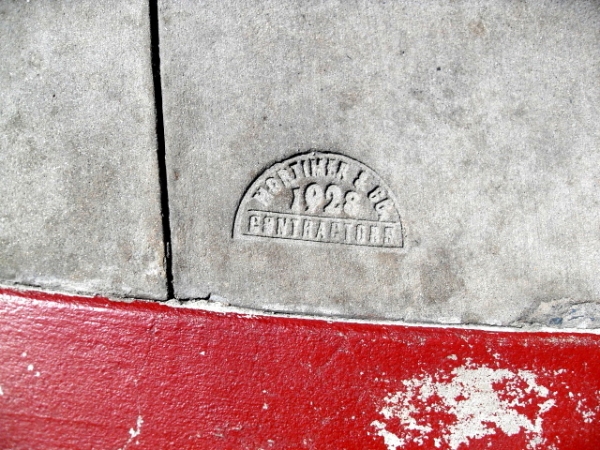 I particularly love Hidden Mickeys that don’t follow the traditional rules. At Disney’s Hollywood Studios, people walk all over one of my favorites without ever noticing its existence. Check the sidewalk at the corner of Hollywood Boulevard and Sunset Boulevard. Stamped into the concrete is a Mortimer & Co., 1928, Contractors label.

Of course, Mortimer was Walt Disney’s original name for the mouse that would become Mickey. As the story goes, Walt’s wife, Lillian, strongly disliked the name. It was her suggestion to change the name to Mickey. The character was born in 1928.

References to Mortimer are hard to find at Walt Disney World, and I love how subtle this one is. The type of stamp and date fit perfectly into the overall theming of the area, so your eye is never particularly drawn to it. Yet once you see it, you realize just how devious the Imagineers can be in placing Hidden Mickeys right in front of your face. 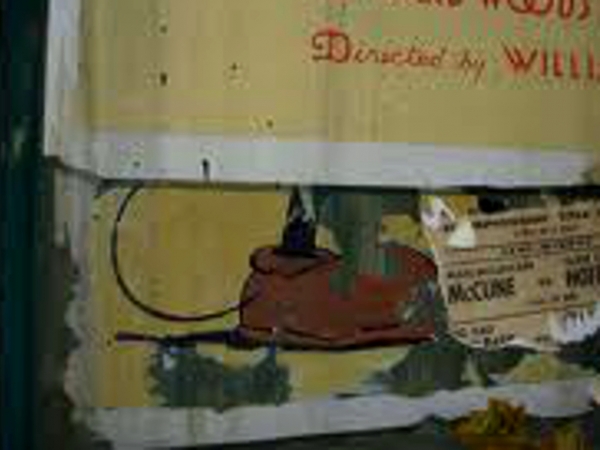 The Great Movie Ride, at Disney’s Hollywood Studios, is home to two of my top Hidden Mickeys of all time. The first comes in the Gangster set. As your ride vehicle rounds the corner onto the set, your eyes will naturally be drawn to the action taking place on your right. To your left is a collection of old movie posters, handbills, wanted posters, and other set dressing. At first glance, it just looks like some great theming, filling in the wall with things that make sense to the setting rather than leaving it blank.

Take a moment to study the posters, particularly the big one that advertises the James Cagney film, Public Enemy. At the very bottom left corner of the poster, Mickey’s feet and tail are peeking out beneath.

This is another great example of the attention to detail for which the Imagineers are famous. A full Mickey would be jarringly out of place in these dark and dangerous streets, but a mouse could easily get up behind a poster. On a more meta level, this Mickey seems to be hiding from the imminent shootout, adding a whole new meaning to the term, Hidden Mickey.