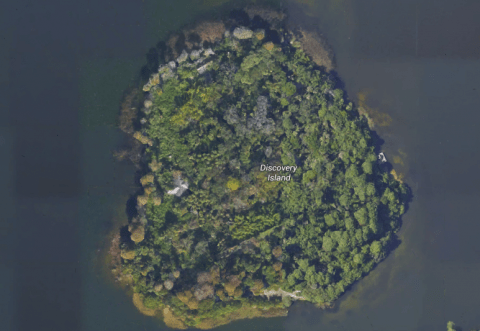 Disney’s theme parks and resorts offer a carefully-constructed view of reality to their guests. Undesirable aspects of the real world are hidden from view, helping to ensure that visitors feel as though they really have stepped into a fantasy world.

The reality, though, is that running a resort on the scale of Walt Disney World requires a huge amount of infrastructure. It’s also true that large areas of the resort are inaccessible to guests, including several abandoned attractions that ceased operating long ago.

With the advent of services such as Google Maps and Bing Maps that offer imagery captured from satellites and planes, those areas are suddenly visible to non-Cast Members. And, far from detracting from the magic, we think that they help reinforce the impression that Disney goes to huge lengths to optimize its customer experience.

With that in mind, let’s take an aerial leap backstage… 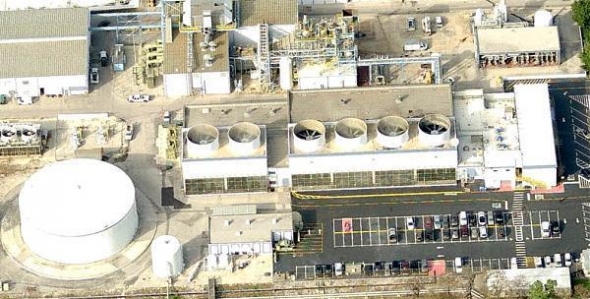 Electricity is an essential resource in the modern world, and Walt Disney World requires a lot of power. To that end, the Reedy Creek Improvement District operates its own power plant, although this only supplies part of the resort's needs (and is useful in the event of emergencies, such as hurricanes). The plant provides 55,000 kilowatts of net capability, with the district buying in the rest of its electricity. A transmission system includes nine substations and an extensive underground distribution system, with the peak demand being 196 megawatts.

The power plant is fired by gas, which is transported by Florida Gas Transmission Company pipelines to Walt Disney World's own gas system. 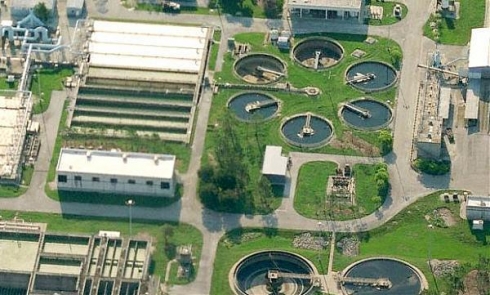 Walt Disney World is said to require an equivalent level of infrastructure to a city with a population of around 300,000 people. The huge number of staff and visitors that are on site at any one time do, naturally, need to visit the restroom occasionally. And something has to be done with all that sewage.

The solution? The Reedy Creek Improvement District operates its own wastewater treatment plant, which is so effective that the resulting water is actually safe to drink. Instead of serving it up to customers, Disney instead uses it to irrigate landscaped areas, such as golf courses, lawns and flowerbeds. 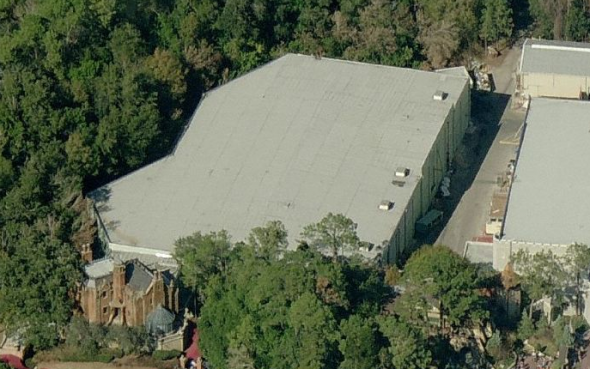 The Haunted Mansion is one of the Magic Kingdom’s most iconic attractions, with its foreboding exterior providing a hint as to the spooky goings-on within.

The reality, though, is that the actual Haunted Mansion façade is relatively tiny in comparison to the size and length of the dark ride within. Hidden behind it is an enormous, warehouse-style structure that contains the actual scenes that the Doom Buggies pass through. Although, technically, this isn’t off-limits (if you ride the Haunted Mansion you will, of course, go inside it), it’s been included here because its exterior is so well hidden that you really wouldn’t know it was there.

7. The Avenue of the Stars 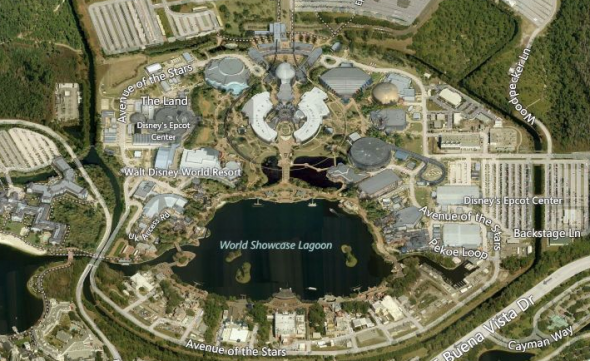 One of the most famous hidden elements of the Magic Kingdom is the “utilidors” -  a network of underground tunnels that allows Cast Members to move around the park unseen by guests. Utilities such as the garbage disposal system are also tucked away in the tunnels.

The construction of the utilidors added extra expense to the cost of Walt Disney World’s first theme park – the tunnels were constructed first and covered with dirt excavated during the creation of the artificial Seven Seas Lagoon. The theme park was then built on top of them.

Walt Disney planned to locate many of the roads and utilities at his never-built Experimental Prototype Community of Tomorrow (EPCOT) below ground, to avoid its residents having to deal with typical urban problems such as traffic and smog. However, when Disney did finally get around to building EPCOT long after Walt’s death, they decided that the cost of burying the backstage areas underground would simply be too high.

Instead, the backstage areas are mostly hidden around the perimeter of the park. They are accessible via the Avenue of the Stars, a service road that runs around most of Future World and the World Showcase. 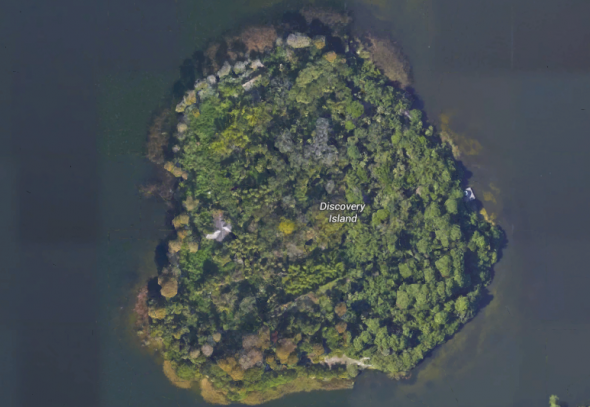 I work for wdw. I think this backstagepictures and ttours are horrible. Guests should not be seeingany of this. Walt is spinning in his grave. He worked very hard to keep it magically. And you are ruining it....

Not everyone is a little kid living for a fantasy world. I for one, like to see the technical aspects of how things work. And I'd love to do some "urban exploring" of the abandoned sites.

We did the Magic Behind the Steam Engine tour a fews years back and they take you to the Roundhouse. It's really something to see the amount of work that goes on backstage with the trains and the monorails. This tour is well worth the cost and you get to come in to the park before opening, which is always a treat.

EPCOT actually utilizes utilidoors along with Avenue of stars. The utilidoors are just not as widely used as the Magic Kingdom's, and also do not reach the World Showcase.

Don't they already have a wedding pavilion?