The 3 Biggest Developments at the Disneyland Resort in 2014 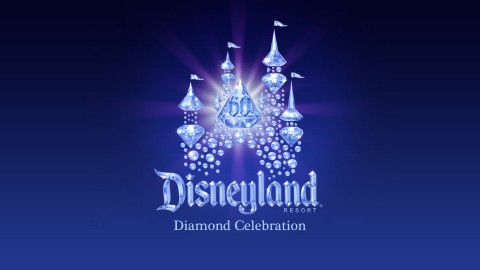 Although not dominated by a whole slew of attraction closures, as has happened at Walt Disney World Resort this past year, Disneyland Resort has still seen more than its fair share of dramatic developments; 2014, no doubt, will remain a memorable one – for better or worse – for theme park enthusiasts for quite some time to come.

Here are the top three happenings that rocked Disneyland this year, selected for their impact upon the parks, their countless diehard guests, and, quite possibly, upon all the rest of the themed industry, as well. 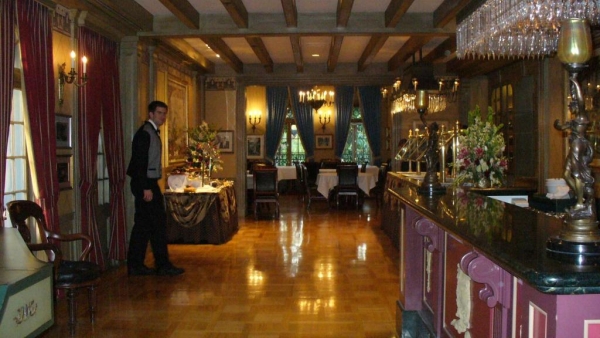 Club 33 – started by Walt Disney himself as a nod to the members-only VIP lounges that frequented the 1964 New York World’s Fair, which he famously exhibited at – has, across its 47-year history, only affected a tiny portion of the Disneyland clientele (how tiny?  Its waiting list is reported to be 14 years long and it carries a membership fee of $27,000 – that’s how small).

Until this past summer, that is, when its presence became remarkably noticeable to the average guest.

On July 18, just one day after Disneyland turned 59-years-old (more on that in just a bit), the exclusive club reopened its doors after a hefty, seven-month expansion that doubled its size and introduced a bevy of new features, theming, and rooms, including a swanky jazz lounge.

(Disney waited to temporarily close its most famous secret attraction until January 6, 2014, in order to help handle the heavy press of holiday traffic, which, yes, even strains the behind-the-scenes theme park elite.)

The new construction, however, also resulted in a number of external alterations in Club 33’s home land of New Orleans Square.  A brand-new, far more conspicuous entrance has been added (with the old one now serving as the façade for a merchandise store room).  The Court of Angels – a little tucked-away slice of New Orleans Square that was rife for photo ops and the occasional character meet-‘n-greet – has been blocked off from public access and transformed into a private seating area.  Club 33’s expanded walkways have forced the facades of many second-story buildings to jut out, and a new bridge connecting the private club’s new areas with its older ones has been erected right in the front of the land. 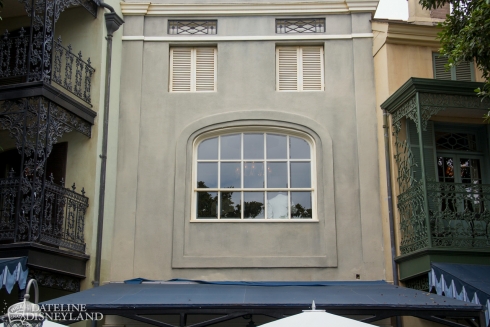 Thanks to these modifications (and the fact that their theming does little to blend them into the surrounding New-Orleans-in-the-1850s buildings), the ire of many Disneyland faithful has been raised – particularly since this “sacrilege” was committed in the very last theme park land that Walt himself oversaw.

(Club 33’s internal changes have also proven to be controversial, given that they include the removal of several antique furniture pieces collected by Walt and his family during vacations to the Big Easy and the installation of new floor-to-ceiling windows, which make the private areas a little less private.

To get a good sense of just how drastic the changes are, compare this photo tour of the old Club 33 provided by Disney’s official blog with MiceAge’s walkthrough of the renovation.) 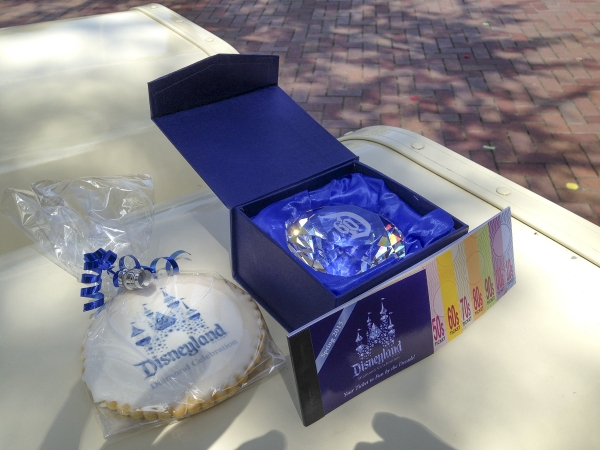 On July 17, Disney officially announced what everyone was expecting:  that Disneyland was going to have a grand party starting in the spring of 2015 to celebrate its 60th anniversary.

Interestingly enough, it was on the park’s 59th birthday that the company decided to do the reveal.  After a brief birthday ceremony that featured Disneyland’s “mayor,” the Dapper Dans barbershop quartet, and 59 characters (who led the assembled guests and reporters in singing “Happy Birthday”), a special and comparatively tiny reception for the media was held.  Attendees got care packages that consisted of a special cookie, a 60th anniversary “diamond” keepsake, and a special FastPass book.

But it was what wasn’t announced that makes this news story one of the more interesting from the past year – namely, any kind of specifics regarding the Diamond Celebration whatsoever.  Although park officials promised that more details about next year’s event would be forthcoming throughout 2014, they never materialized, making the usually marketing-friendly Disney uncharacteristically cryptic.

MiceChat has been reporting for well over a year that Team Disney Anaheim – the business unit in charge of Disneyland Resort – has been quietly kicking around a wide range of Diamond Celebration proposals, which supposedly include a new nighttime parade, a new fireworks show, and heaping helpings of “faux-diamond-encrusted” décor.

The crown jewel (no pun intended), however, would be the refurbishment and touching-up of five classic Fantasyland dark rides:  Alice in Wonderland, Peter Pan’s Flight, Pinocchio’s Daring Journey, Snow White’s Scary Adventures, and, of course, Mr. Toad’s Wild Ride – possibly even with the next-generation audio-animatronic figures that are perhaps most famously seen at Magic Kingdom’s Seven Dwarfs Mine Train. 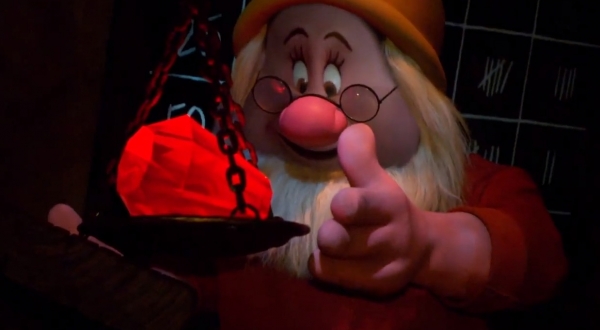 The catch here, however, is that the bulk of these plans are said to have been devised in late 2013, after Disney CEO Bob Iger requested that most of Imagineering’s personnel and resources be temporarily redirected to completing the oft-delayed Shanghai Disneyland (or because of his temper tantrum against Disney World’s ridiculously-over-budget MyMagic+ program, which was MiceChat’s original explanation).

It’s unknown which – if any – of these projects will still be greenlit, but the site’s most recent update claims that, at the very least, a 60 Hour Party (starting on a Friday and ending on Sunday night) will kick off the Diamond Celebration next spring.

Could budgetary constraints and Imagineering musical chairs be the reason why Disney still hasn’t announced any Diamond details?  It’s an interesting thought, at the very least.