3 Reasons Why Disney's Star Wars Lands Will be AMAZING

On October 30, 2012, Disney (in)famously purchased Lucasfilm, the studio behind the Star Wars and Indiana Jones franchises.  Even though the two companies had a long working relationship before the acquisition – the first Star Tours opened at Disneyland in 1987, with the Indiana Jones Epic Stunt Spectacular following two years later at Hollywood Studios – the deal solidified and streamlined Disney’s ability to bring those properties into its theme parks, with the new overarching goal being an entire Star Wars Land.

The great irony here, of course, is that construction on the new theme park land has yet to even begin, thanks to such interminable delays as the all-hands-on-deck project known as Shanghai Disneyland and J.J. Abrams’s upcoming Star Wars: Episode VII – The Force Awakens, which, rumor has it, Disney executives are only too keen to have represented in the parks in an effort to achieve the type of cross-marketing blitz that worked only too well for Frozen and Guardians of the Galaxy.  At this point, it’s likely that the development will finally debut sometime in 2018 or shortly thereafter, possibly in phases.

Further complicating matters is the fact that Star Wars Land is actually two lands in one:  Disneyland’s version could largely or entirely replace its constantly-being-updated Tomorrowland (or, alternatively, Mickey's Toontown, which is the latest rumor to pop up), while its Walt Disney World counterpart looks likely to take over most, if not all, of Hollywood Studios’s Echo Lake (which explains why so many attractions have closed there this year).  Although they will, presumably, be largely the same, there are certainly going to be differences in terms of certain experiences or other types of attractions.

Still, despite the hiccups and other possible complications, there is more than enough reason to get excited over Disney’s handling of one of the single biggest intellectual properties in pop culture history – actually, there are three reasons (which makes it a trilogy, right?), with each possessing some truly fascinating ramifications for theme park lovers the world over.

1. Built from the ground up 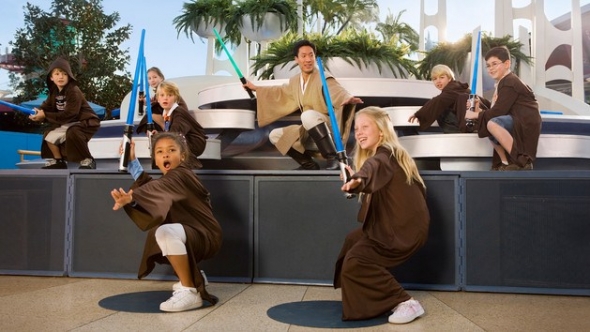 If there’s one substantive benefit to having the Star Wars Land project perpetually delayed, it’s the extra time – at least, theoretically – that Walt Disney Imagineering has been given to expand or otherwise refine its plans.

This benefits the attractions themselves the most, which are now more likely to be original, built-from-the-ground-up experiences instead of reskinned clones (an increasingly common cost-saving measure, most recently – and, perhaps, most controversially – seen at work with the Frozen retheming of Epcot’s Maelstrom boat ride).  When combined with the possibility of seeing many elements from The Force Awakens and the rest of the sequel trilogy, the land really will feel fresh and cutting-edge.

Of course, that’s not to say there won’t be some level of recycling going on.  Both Disneyland’s and Hollywood Studios’s renditions, for example, will be anchored by Star Tours: The Adventures Continue, along with the Jedi Training Academy show for children (although rumor has it that the Orlando version will be scrapped for a brand-new replacement, which will take place indoors and will have a fully interactive Yoda audio-animatronic presiding over the Younglings).

Unfortunately, the news on this front isn’t nearly as good for Disneyland.  Whereas Echo Lake in Hollywood Studios largely represents a brand-new canvas to work with, Tomorrowland features a lot more of a built-in infrastructure, and it seems like the Imagineers are going to be taking full advantage of it, whether by force or by choice.  Expect to see such stalwart attractions like Autopia get the makeover treatment, in this case with Star Wars speeders. 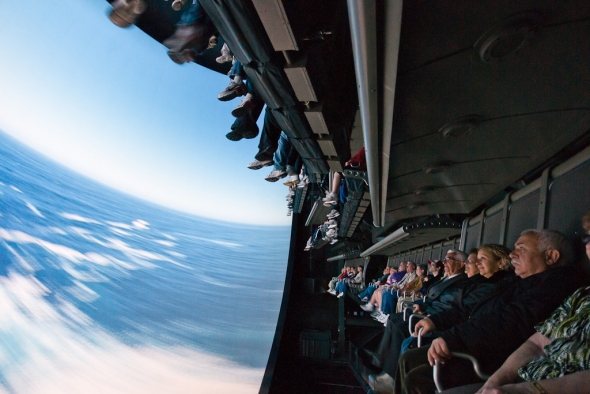 But Walt Disney World isn’t entirely off the hook here, either; Pandora: The World of Avatar, which is currently under construction in neighboring Animal Kingdom, has also had the benefit of a ridiculously long design phase and insanely large budget, and its flagship ride still bears a strong resemblance to Soarin' (although, by some accounts, the ride system will be a huge leap forward)

Whether an exclusive or cloned attraction, however, the amount of theming and detail Disney will throw at it – which will also benefit from the elongated gestation period – will be staggering and thoroughly immersive.