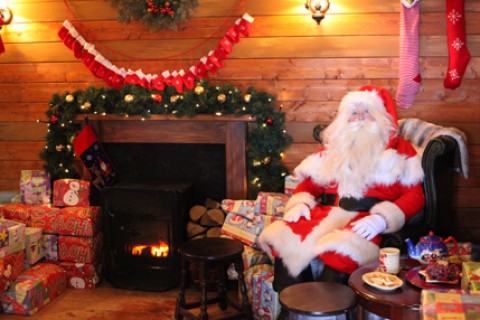 The 2014 season is now officially over at the theme parks here in the UK, but even though we won’t be able to Brave it Backwards on The Swarm for a few months, the closed season doesn’t have to be all long nights and coaster-less days.

We have plenty to look forward to over Christmas of 2014 thanks to Chessington, spring 2015 will bring the magical Enchanted Village at Alton Towers, and looking as far ahead as 2016, we now know that a whole new ride at Thorpe Park awaits us.

After submitting plans for its new ride in 2016 this October, Thorpe Park sadly confirmed the removal of the Chief Ranger’s Carousel in November. The ran its last few days of a 20 year life, at the heart of a Thorpe Park that has done nothing but change and grow around it.

2014 was the last season of the Carousel, which boasts a nostalgia value to 90s Thorpe Park fans a lot of Disney rides can relate to. Those who grew up with the Carousel being a big part of their visit to the park had a mere few days’ notice to get to Thorpe Park and ride it one last time, to the Ranger County music it played in it’s heyday.

Thorpe Park’s new attraction, whichwill be taking over the site where the Carousel once stood, is believed by many to be a “dark” ride, which is an unofficial term for a ride that takes place inside an enclosed building. It is differentiated from other indoor attractions or rollercoasters as the definition describes a “dark” ride as usually involving vehicles that take guests through different scenes and rooms, rather than walk-through haunted house style attractions or indoor rollercoasters.

Nothing has been confirmed yet and it’s important to remember Thorpe Park's management are the only ones to know exactly what the ride will be until they officially announce more information closer to the time. However, many believe that based on the plans, size of the show building, and Thorpe Park's new target audience of families, the brand new “out of the blue” attraction would fit the idea of an interactive “dark” ride - a ride where guests are encouraged to become part of the experience. This is mostly done in the theme park industry where guests have to shoot or aim at something to rack up points. Good examples of what Thorpe Park may put in are along the lines of Buzz Lightyear: Space Ranger Spin, or Toy Story Mania. These are pricey installations, which would match the rumoured “Merlin’s most expensive attraction ever built” tag the new ride now carries.

The 2016 dark ride will mostly be located on the site of the old Thorpe Park Arena. In early November, before the end of the 2014 season, preparation of the site had begun, with the removal of surrounding trees and parts of the Arena already underway. Prior to the new attraction plans, Thorpe Park had removed all of the seats from the old Arena, leaving enthusiasts with no clues as to why - until now. It’s safe to assume that preparation of the site will continue throughout the closed season winter period, and guests returning in 2015 will start to notice the new site. It will be interesting to see how heavily the ride will be advertised on site throughout the 2015 season.

You can take a detailed look at the plans for Thorpe Park's new ride in this article. 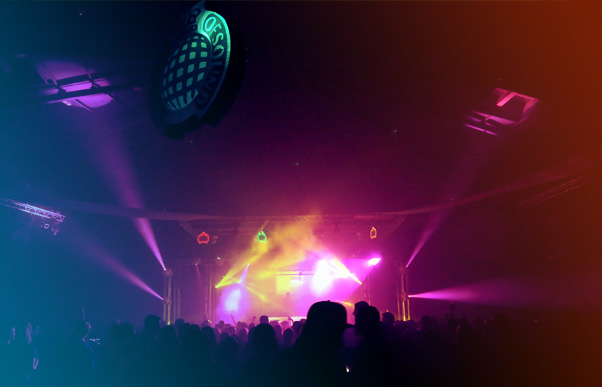 Thorpe Park’s last event of 2014 took place on November 8 - their Ministry of Sound Back to the Old Skool club night. The event proved to be so popular that tickets sold out in advance. As the theme park closed the following day on November 9, this was a great way to party and celebrate the end of another fantastic year at Thorpe Park.

The Fireworks at Alton Towers took place at the Resort from November 7-9. Whilst last year’s display focused more on the individuality and character of each of the park's famous rollercoasters (past and present), the 2014 display was equally as spectacular but with more of a “Disney-esque” focus on dreams and magic, heroes and villains.

The Towers closed on November 9, the last day of the Fireworks weekend, after what can only be described as a 2014 season full of excitement, with new attractions at CBeebies Land in May, and the announcement of the brand new Enchanted Village accommodation to open in 2015.

Earlier on in November, Alton Towers submitted plans for a brand new on-site high ropes course. The plans show the proposed location of this “all year round” experience to be just north of the Alton Towers Hotel, and the park has applied to include two courses - a full high rope course for adults, and a smaller version for children, or perhaps those of us that aren’t so brave. It looks like they are expecting heavy footfall and the new course to be quite popular, as the plans show an estimated capacity of 200-300 people a day.

The course will indeed have a theme and whilst we know the designs included in initial plans can drastically change right up until attraction launch, the new high ropes experience appears to use the same construction material and share the same style as the Enchanted Village.

To round off the experience, Alton Towers has included plans for a gift shop, a cafe, and toilets. A themed children’s play area will also be constructed to the north of the high ropes course.

All in all, it looks like the upcoming Enchanted Village will be more than just another place to lay your head at the Resort, bringing even more magic to Alton Towers in 2015.

Santa’s Sleepovers at Alton Towers are returning for 2014, offering families to enjoy a seasonal fun break at the Resort over Christmas, on selected dates from November 30 until December 23. All the festivities are available - including the chance to meet Santa and his reindeer, enjoy a day in the water park, tuck into a Christmas dinner - even CBeebies Land is open in the theme park for younger guests to enjoy.

Whilst most parks close down over the winter period, Chessington is lucky enough to be a zoo as well as a much loved theme park. Especially when it can use the zoo to reduce seasonality of the resort and keep guests coming through the gates as much as possible all year round. So, it’s no surprise that Britain’s Wildest Adventure has a wonderful line up of winter events to keep theme park enthusiasts going over the long closed season.

Chessington’s ever popular Zoo Days will be returning on selected dates (weekends and school holidays) from the 8th of November until the 8th of March. Chessington Zoo and on-site SEALIFE centre will be open to guests, as well as cafes, restaurants and gift shops in the Zoo area, to keep guests well-fed and warm during their stay.

Chessington Winter’s Tail, a brand new Christmas event for 2014, will be taking place at the Resort on selected dates from December 6 until January 4. A wide variety of activities, market stalls, and Christmas atmosphere to discover, including a live festive show featuring the Gruffalo, and the chance to see reindeer, Winter’s Tail looks like it will be festive fun for all the family.

Tickets are available for £10pp in advance, and £5pp if younger Adventurers wish to pay Father Christmas a visit at Santa’s Grotto. If you are a Merlin or Chessington Annual Passholder, there is no additional cost for you - entry to the event is included but not guaranteed so aim to arrive at the park early as it could be quite busy.

With Christmas fast approaching, and 2015 just peeking over the horizon, we can enjoy the festivities that the parks have to offer, safe in the knowledge that there is much to look forward to for the next season.