This would have been a replica of the building at Ellis Island, the gateway for immigrants to America in that period. It would have included a Muppets musical show focused on immigration. 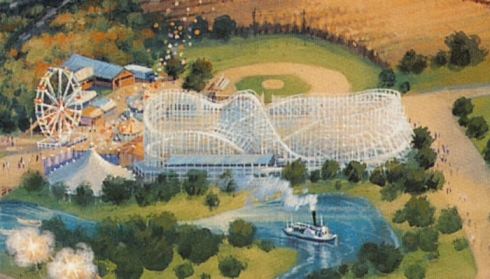 A recreation of 1930’s Coney Island with attractions including a 60-foot Ferris wheel and wooden roller coaster. It would serve as inspiration for the Paradise Pier area of California Adventure. 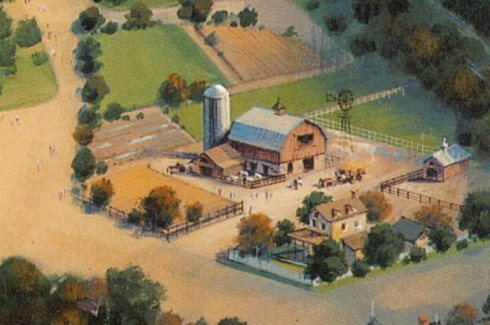 This would have been the recreation of a farm from the area that offered attendees the chance to get a sense of what food production was like back then, even giving them the chance to make homemade ice cream and milk a cow. This concept was brought back for Bountiful Valley Farm at California Adventure. 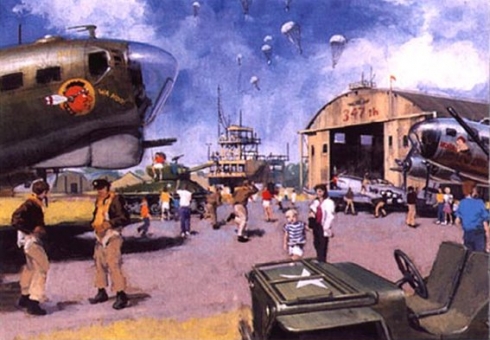 An area themed after an airfield with airplane exhibits from different periods that showed what life was like for American soldiers in the two world wars. The idea would be modified to work as Condor Flats at Disney’s California Adventure. The simulated flight adventure Soarin’, now found in Epcot and California Adventure, was originally intended for Victory Field

That’s not even everything. There were preliminary plans for a water park, golf course, campsites and a massive retail/entertainment district. In addition, the hotel for the park would have been based on a Civil War era lodge from the 1800s. There was definitely a lot of potential laid out in the plans for Disney’s America. 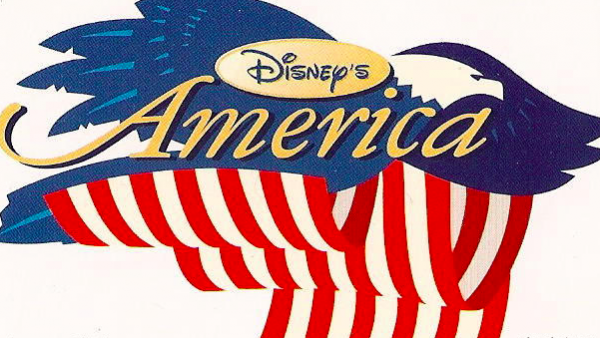 While not officially a dedication, this quote from Michael D. Eisner was found in 1994 Disney promotional material.

“Every day, a diverse and unlikely society, made up of every culture and race on earth, is working together to build a great nation. We have a single vision – a new order based on the promise of democracy.

Our resources for building this nation are a rich mixture of land, family and beliefs – which we apply with our own fiety brand of spirit, humor and innovation.
As the nation has grown and changed, we are constantly reminded of how impossibly far we’ve come – and how far we still have to go.
DISNEY’S AMERICA celebrates these qualities which have always been the source of our strength and the beacon of hope to people everywhere.”

5. Haymarket politicians are on board, but locals disagree 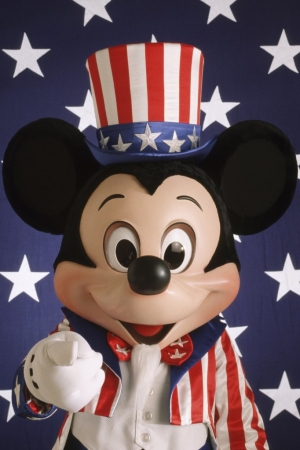 The original plan was that Disney’s America would reside in Haymarket, Virginia. Eisner earned the support of outgoing governor L. Douglas Wilder as well as incoming governor George Allen, along with the Virginia Commission on Population Growth and Development. Some citizens of Virginia, though, hated the idea of a theme park in their state. They didn’t want the area to be urbanized and could only think of all the issues a major theme park would cause. Here is a blog discussion from 1994 where some historians share their disdain for the project.

6. A secondary site is considered at Knott’s Berry Farm 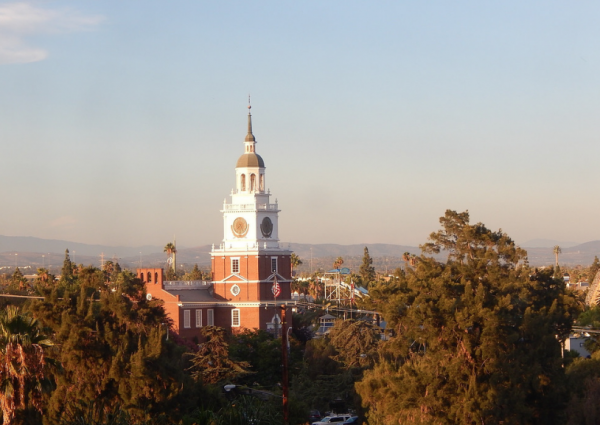 When a theme park near Disneyland named Knott’s Berry Farm announced that it was taking bids for the property in 1995, Disney Imagineers started thinking about the possibilities. One saw the exact replica of Philadelphia’s Independence Hall at the Farm and came up with the idea to convert the park into Disney’s America. What ultimately killed the plan was the Knott family turning down Disney’s offer. They believed that Disney would tear down to much of the park their parents built and wanted to hold on to its legacy. That caused another failed attempt to make Disney’s America a reality.

It’s great that a lot of the ideas were revived elsewhere, but still a shame that Disney’s America itself didn’t come to pass. Still, it adds yet another interesting chapter to Disney theme park lore, and that’s something to be thankful for.