4 Ways Epcot's Spaceship Earth has Staved Off Extinction Since 1982 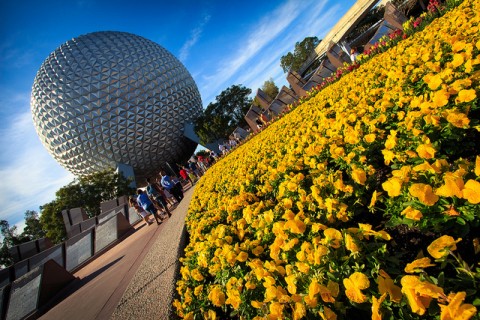 Since 1982 Spaceship Earth has been a mainstay at the Walt Disney World Resort as the very memorable icon for Epcot. It also has some of the richest history out of all the Disney icons, growing and changing with the times. Here are four ways this attraction has stayed relevant throughout the years and staved off extinction.

1. Narrators and scripts have changed to reflect current trends 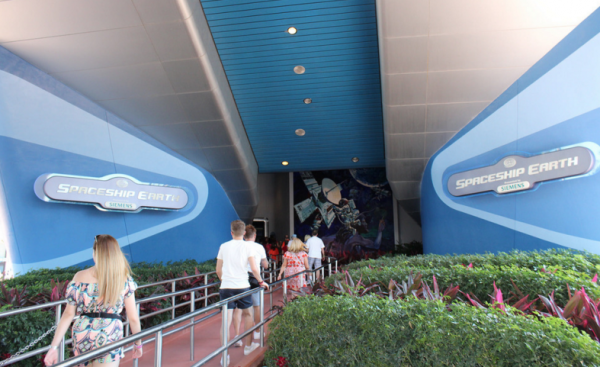 Even though the original was written by renowned science fiction author Ray Bradbury, the script for Spaceship Earth has been updated several times in the last thirty-plus years. Still, the first that debuted with the icon in October of 1982 remains a favorite for many. Here are the opening lines of the original Spaceship Earth attraction, courtesy of Walt Dated World. You can read most of the Spaceship Earth scripts in full at that link.

Where have we come from, where are we going? The answers begin in our past. In the dust from which we were formed, answers recorded on the walls of time. So let us journey into that past, to seek those walls, to know ourselves and to probe the destiny of our Spaceship Earth.
Now, suns reverse, moons re-phase, let us return to ancient caves where first we learn to share our thoughts-and to survive.
Where are we now? It is the waiting dawn where vast things stir and breathe. And with our first words and first steps, we draw together to conquer the mammoth beast. It is the dawn of a new beginning, the dawn of recorded time.

The narrator has also changed with each new version of the script. Who narrated the original version, however, is actually up for debate amongst Disney fans. Most believe that the original narrator was Vic Perrin, a voice actor known for his various roles on The Outer Limits TV show. Some time after that belief became widespread, though, Imagineer Marty Sklar did an interview in which he said that he didn’t understand why people thought Perrin voiced the attraction. According to him, the narrator was actually a man named Larry Dobbin. Because that’s apparently not complicated enough for Disney historians, some even claim that there was another narrator who contributed to the ride before the first major remodel of Spaceship Earth in 1986. It’s unclear if we’ll ever get the definitive word of who narrated the original Spaceship Earth attraction. I kind of like that it’s up in the air, personally; it’s another great mystery for fans of Disney lore to ponder.

Legendary journalist Walter Cronkite would go on to narrate the next version of the ride. Here are the opening lines from his script.

For eons, our planet has drifted as a spaceship through the universe. And for a brief moment, we have been its passengers. Yet in that time, we've made tremendous progress in our ability to record and share knowledge. So let's journey back 40,000 years to the dawn of recorded history. We'll trace the path of communications from its earliest beginnings to the promise of the future.

With the next major update to Spaceship Earth ten years later in August 1994, Jeremy Irons became the narrator. Here are the first lines of his script.

Like a grand and miraculous spaceship, our planet has sailed through the universe of time. And for a brief moment, we have been among its many passengers. From the very beginning, we have always sought to reach out to one another. To bridge the gaps between us. To communicate.
Across a lonely, hostile planet, our early ancestors spread out in search of food and shelter.
With the development of language came a vital key to our survival. For the first time, we could share and learn from one another. We bonded together in small tribes and prospered. No longer isolated, no longer alone.
Since 2008, Dame Judi Dench has been the narrator of Spaceship Earth. Here are the opening lines of her script, courtesy of WDW Theme Parks.

Like a grand and miraculous spaceship, our planet has sailed through the universe of time; and for a brief moment we have been among it's passengers. But where are we going? And what kind of future will we discover there? Surprisingly, the answers lie in our past. Since the dawn of recorded history, we've been inventing the future one step at a time. So let's travel back in time together. I'll show you how our ancestors created the world we know today, and then it will be your turn to create the world of tomorrow.

2. The attraction itself has also evolved over time 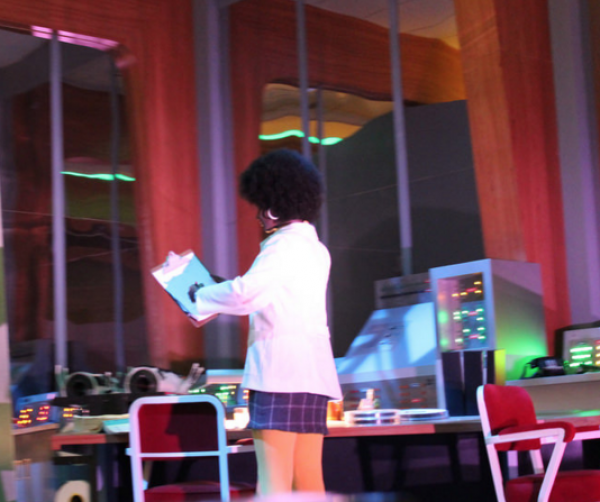 In May 1986 a few changes were made to the attraction in addition to Cronkite’s narration, the most notable being the removal of the fog machine and a theme song called Tomorrow’s Child for the end of the attraction. In August 1994 the changes were more extreme, perhaps the most significant being an almost completely remade ending. In 2007 the most recent changes were made to Spaceship Earth. There were new scenes, modifications to existing scenes, some new costumes, a new score and of course the new narration by Judi Dench. Perhaps the most fascinating difference, though, is the interactive ending that gives passengers the opportunity to pick their own futures. It adds an extra element of wonder for guests as they get to consider what’s next for the planet Earth.