4 Reasons Why Horizons was the Greatest Epcot Ride Ever 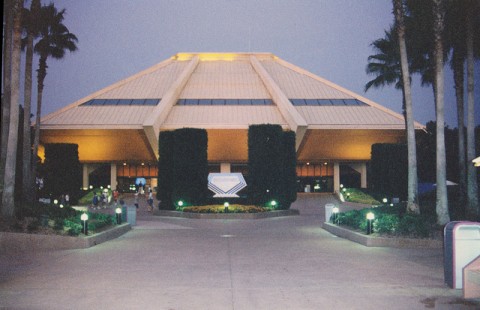 In 1964, in Queens, New York, Walt Disney's Carousel of Progress debuted, and with it, its iconic theme song: There's a Great Big Beautiful Tomorrow. The chorus to that song, written by the incomparable Sherman Brothers, concludes with the line, “there's a great big beautiful tomorrow / and tomorrow's just a dream away.” That idea embodied Walt Disney's vision of progress; namely, the future will not simply arrive on its own, but only when we finally are ambitious enough to invent it ourselves.

While the song traveled with Carousel of Progress as it made its way from the 1964 World's Fair to Disneyland, and later to Walt Disney World in Orlando, it actually had a cameo appearance in yet another attraction in 1983. In fact, that attraction, since demolished, was located in the theme park built as tribute to Walt Disney's most ambitious idea: Epcot.

The attraction was Horizons.

Though it closed in 1999, Horizons remains one of the most beloved attractions in Disney's history. Fans of the ride have pieced together countless video tributes, photo essays, and even a complete 3D rendering of the full experience – all because they simply love and miss this unique Epcot offering.

But why? Disney has opened and closed dozens of attractions at its parks, and most disappear without much fanfare. Even some of the beloved attractions are memorialized rather simply, with little more than a passing mention on a Wikipedia page. Not so for Horizons. It's been closed for 15 years, and yet its echoes are still felt through the Disney parks and Disney community. There are even references to the attraction in Mission: Space and Space Mountain, the latter of which were added in 2009 – a full ten years after Horizons originally closed.

The reason why it continues to resonate with Disney fans is both hilariously simple and frustratingly complex – that is, it was a really, really, really good ride. And, moreover, it asked questions that theme park goers aren't used to hearing, while showing guests images they weren't used to seeing. And it did all of that while staying true to the central promise of the Disney Parks – creating an incredible experience that can be enjoyed by the whole family.

At a park with Spaceship Earth and Soarin, as well as the removed Journey into Imagination, it's tough single out one attraction as standing above all the rest ever to inhabit it. But nevertheless, Horizons has a very strong claim as the best attraction Epcot ever produced. Here's why: 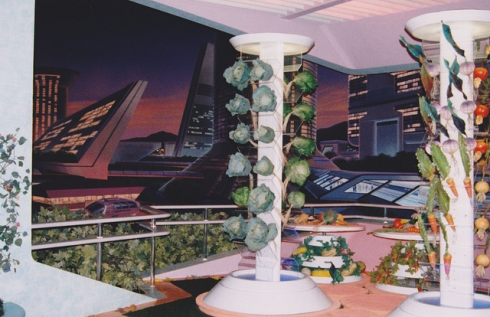 Disney's best attractions don't just tell stories, they tell ambitious stories. The Haunted Mansion is about fear of the afterlife. It's a small world is about the unity of mankind. Spaceship Earth is about how humanity learned to connect and communicate. Those are pretty big ideas.

Now think about some of Disney's less successful experiences. Stitch's Great Escape? It's about little more than a particularly gaseous escaped alien. Journey into Imagination with Figment? That's about a trollish dragon rudely interfering with an ex-Monty Python member's valiant attempt to simply do his job.

This isn't to say that all of Disney's rides have to tell some high-minded story (I love the mindless fun of Toy Story Mania as much as the next guy), but rather, when Disney allows its imagineers to tell important stories – stories worth telling – the resulting attractions tend to make a more lasting impression on guests.

Horizons fit into this mold perfectly, telling the story of humanity's dreams about the future. It looked at how we envisioned the future many generations ago, and then, how we imagine the future today. Just as Carousel of Progress did decades before, Horizons focused its view on a single family, and showed just how different their lives would be in the years to come – complete with agricultural engineering, immersive marine biospheres and massive space habitats. It showed how, even as families drift further apart and are spread more widely across the globe, technology allows them to be even more connected than ever before.

Those are some big ideas, and not the kind you'd usually find in a theme park. But it's that level of ambition that ultimately has helped Horizons stick with so many people. It's hard not to think about what life might be like for the next generation, and Horizons gave its riders a small peek into that future.

As a kid in the 80's this was the ride that made me so excited to see what the future might hold. And that Orange Grove.

Truly the best attraction EPCOT Center ever had. Would love more than anything for it to return. Especially now with the Wonders of Life pavilion used as little more than a sales floor for special events, there is still room in Future World to resurrect this gem. "If you can dream it, then you can do it" - so many people dream of this attraction returning, c'mon Disney, you can do it!