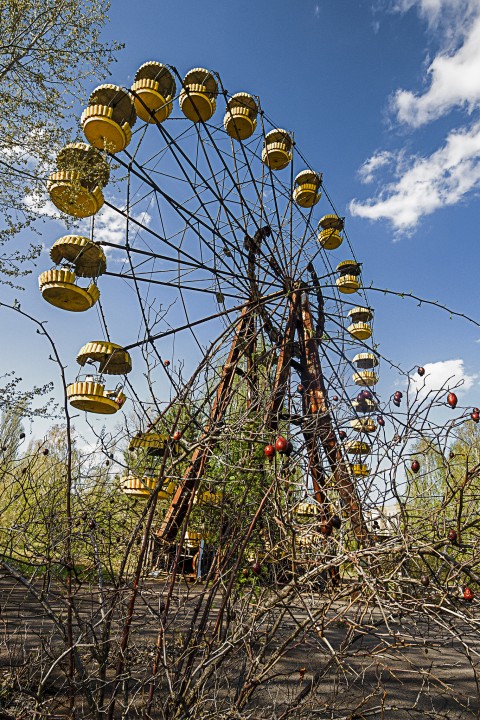 The Pripyat Amusement Park is far from the biggest or most-widely attended theme park to be abandoned, but it’s easily one of the most haunting.

It was meant to open on May 1, 1986 for the May Day celebrations in Pripyat, a now-abandoned city in Ukraine. Things went awry, though, when the Chernobyl disaster occurred just a few kilometers away five days later.

The April 26, 1986 Chernobyl disaster is considered the worst nuclear power plant accident ever in terms of both money that had to be spent to tackle it and total lives lost. The attempts to contain the catastrophe required almost half a million workers and an estimated $18 billion. Even with all the time, money and manpower put into containing it, there were many casulaties, not to mention long-term health effects on people in the area.

The amusement park actually was open for a short period, on April 27, to keep the people of Pripyat occupied while they waited for further instructions. But, after only a couple hours, the announcement was made that the city had to be evacuated. Since then, most of the guests atthe Pripyat amusement park have been photographers seeking eerie photos for their portfolios. Check them out below!

The Pripyat amusement park has four main attractions: bumper cars, swing boats, a paratrooper ride, and the iconic Ferris wheel. Here are some photos of the long-abandoned bumper cars. 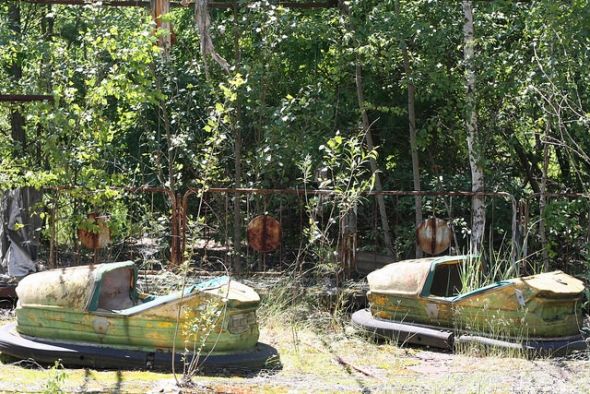 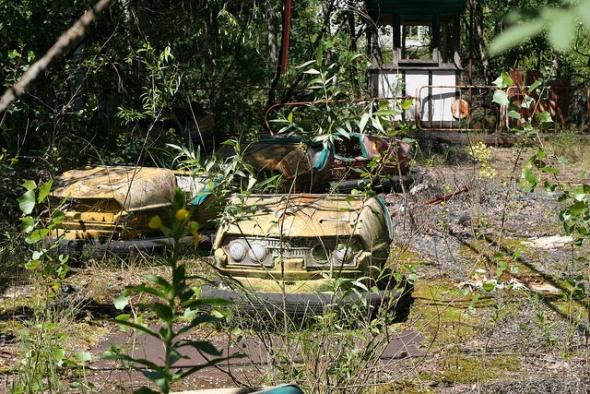 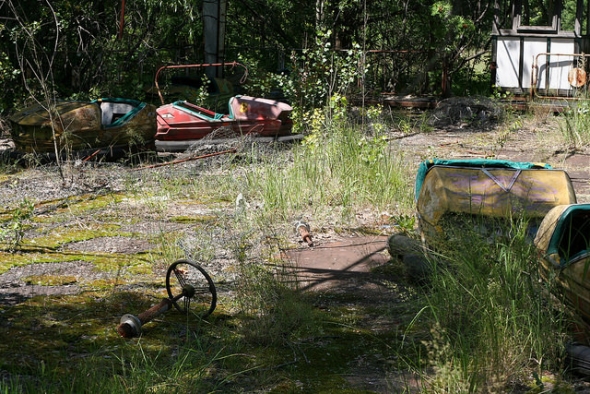 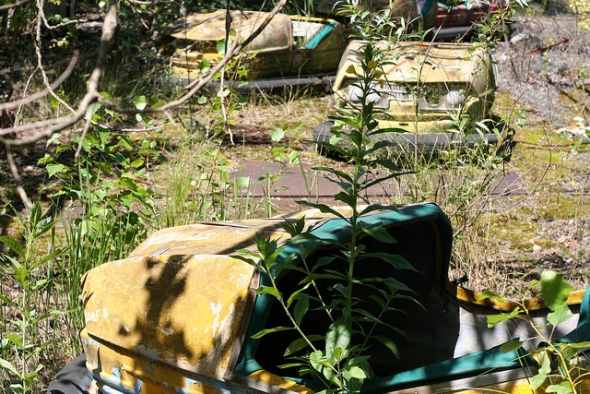 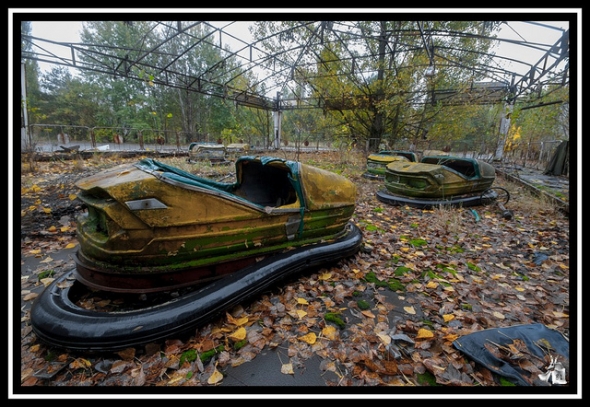 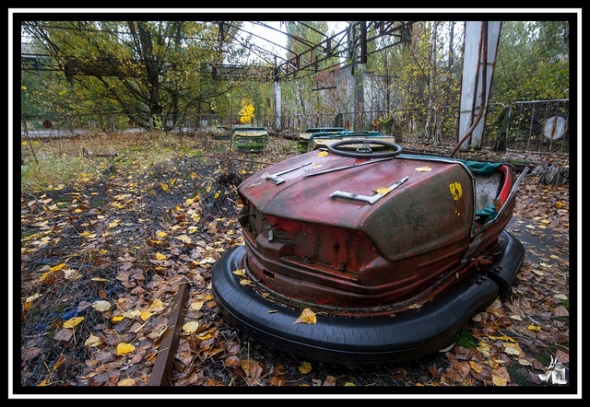 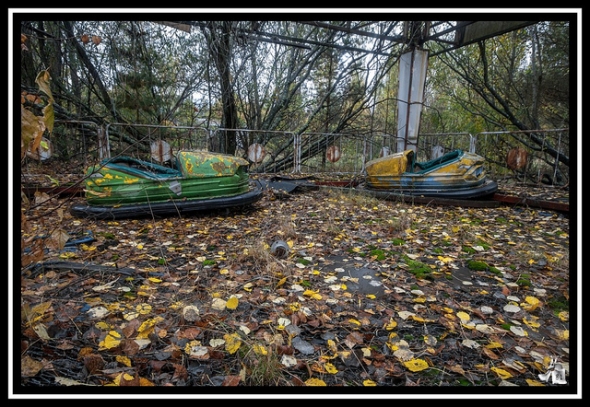 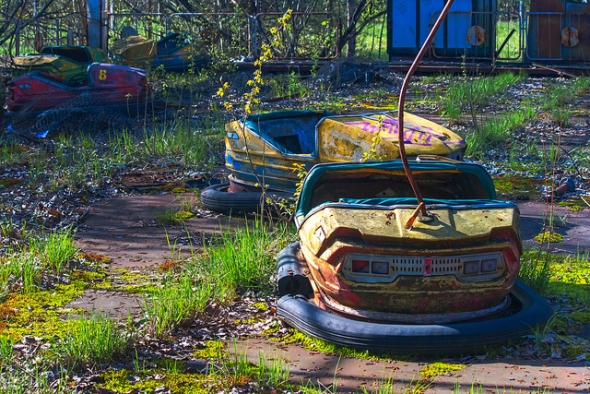 Next, a photo of an abandoned swing boat. Image below via Flickr by jeffrey.pick - June 2014. 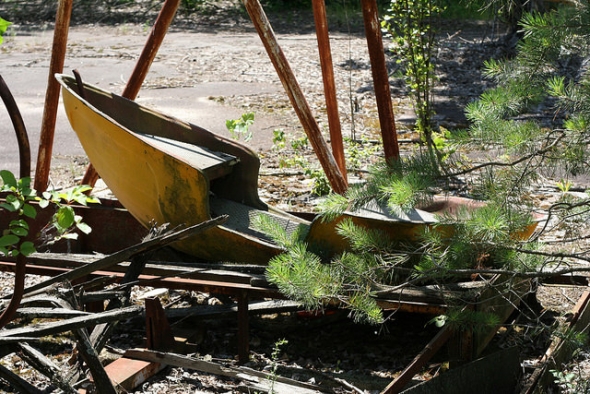