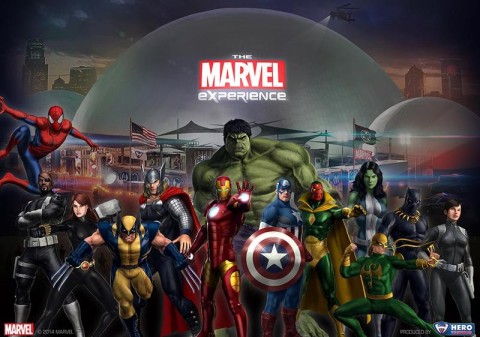 We’ve been excited about the Marvel Experience ever since it was first announced, and the fact that it’s seen more than its fair share of delays (it officially kicks off its tour in December, some six months later than initially proposed) has done nothing to diminish that.

In fact, the closer we get and the more we hear about the Experience, the more excited we become.  The mobile mini-theme-park-esque attraction boasts a lot of firsts (which Hero Ventures, the brand-new company behind the enterprise, is only too keen to remind you of), including, most impressively, brandishing the world’s only 360-degree, 3D stereoscopic dome.  (The company also totes the experience as being the world’s first “hyper-reality tour,” whatever that means.)

The premise works a little something like this:  seven large domes are erected over a roughly two-acre footprint (not unlike Agent Phil Coulson’s setup in the original Thor).  This 80,000-square-foot space will house a “state of the art” 4D motion ride, augmented reality games, a life-size recreation of the SHIELD Quinjet (as seen in the TV series Agents of SHIELD), and the aforementioned 3D dome, along with numerous eateries, vendors, and the like. 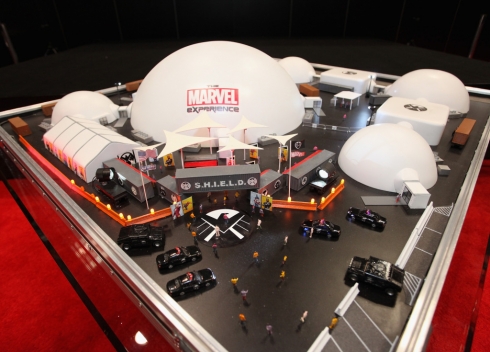 This mobile SHIELD operation will come along to your neck of the woods in an effort to recruit you as an agent.  All of the various attractions at the Marvel Experience will track your training progress via RFID technology; once you’re ready, you’ll be deployed to battle against Hydra and its “army of evil Adaptoids.”

Of course, along the way, guests will interact with established Marvel superheroes in a series of three- to four-minute animated films.  The roster was assembled from all of the various media properties that the comic book company is currently producing, ranging from children’s cartoons to the upcoming original Netflix series to, of course, the Marvel Cinematic Universe – thus, such recognizable heavyweights as Iron Man, Captain America, Thor, Hulk, Black Widow, the Vision, Nick Fury, Spider-Man, and Wolverine will be on hand to greet brand-new recruits. 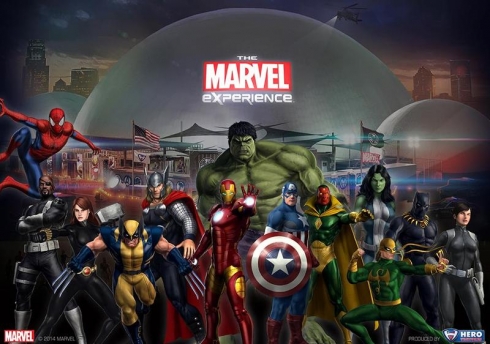 Tickets are already on sale (exclusively through Ticketmaster) and start at $27.50.

Only the first leg of the Marvel Experience’s tour has been announced so far, consisting of: