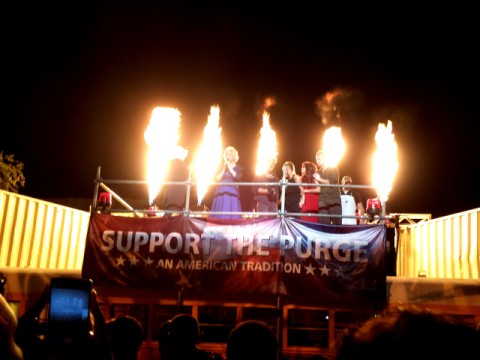 Editor's note: The opinions expressed in this article are Lisa's and Lisa's alone - we know that there are many conflicting viewpoints on how Universal handled this situation.

As usual, Universal Orlando put on a spectacular event for Halloween Horror Nights 24. Blending houses and scare zones based on existing movies and television with some of the most creative original content in a long time, the month-long horror fest was exciting, intense, and full of surprises. Well-known brands such as the Walking Dead packed the park with members of the general public, while treats such as the Legendary Truth game, played out during the final weekend, kept super fans coming back over and over again.

Yet everything changed on the last night of the run, November 1. For the decade that season-long Frequent Fear passes have been available, the last night has always been the time for loyal fans to say goodbye to their favorite actors and experiences. The night always culminates with the last performance of Bill and Ted’s Excellent Halloween Adventure, in which the show goes off the rails with both planned and improvisational changes in front of a packed house of super fans screaming every line in tandem with the actors.

On the night of November 1, 2014, however, the streets of Universal Orlando were quiet. Wait times rarely exceeded 20 minutes at even the most popular haunted houses. Much of the time, houses had no wait at all. And that final Bill and Ted show, which normally hits capacity more than an hour prior to show time? It never completely filled. Informal polling performed by people who were there found that the majority of people who did attend were Universal employees, who did not have to purchase a ticket.

So what went wrong? Why was the last night of the event so dead? The answer to that is both elegantly simple and highly complex. The simple answer is that, for the first time in a decade, Universal made the decision NOT to allow Frequent Fear and Frequent Fear Plus passholders to use their passes on the last night. Instead, they were encouraged to pay the full Florida Resident/Annual Passholder Saturday night event rate of $72.99 to attend on that night. The people voted with their wallets, and elected to stay home or go somewhere else that night.

Why this resulted in an almost empty park, and why Universal made that decision in the first place, are much more complicated. As a former employee, long-time HHN super fan and Frequent Fear Plus passholder, I can make an educated guess as to what happened. I do not, however, have access to confidential company documents or records, so only Universal can answer definitively. I genuinely hope that they will reach out and make things right with their fans. As they have been silent up to this point, however, here is my best guess at what factors might have been in play that night. 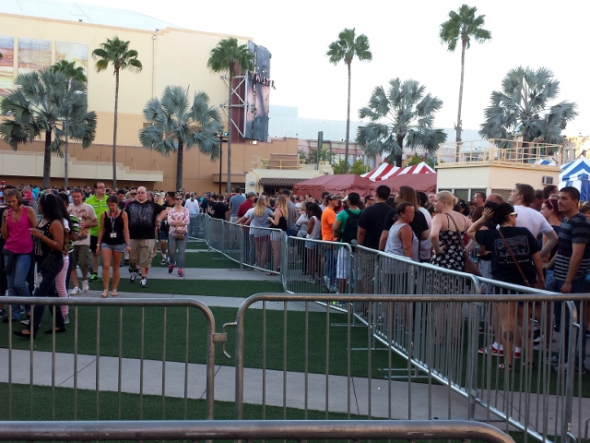 It is true that Halloween Horror Nights was extraordinarily popular this year with the general public as well as fans. Many nights sold out, with wait times exceeding two hours at many haunted houses. Historically, Saturday nights are among the busiest of all, which is why Saturday night is the only night not included with the Frequent Fear Plus pass. This year appears to have been no exception, with the Saturdays leading up to Halloween bringing huge crowds.

In numerous telephone and in-person conversations with Guest Services, I and other members of the fan community were repeatedly told that they expected high attendance on that last night, which happened to be a Saturday. We were also told that this projection was largely based on attendance the previous Saturday. It appears that Universal became overconfident about the popularity of this year’s event and its ability to translate into ticket sales for November 1. 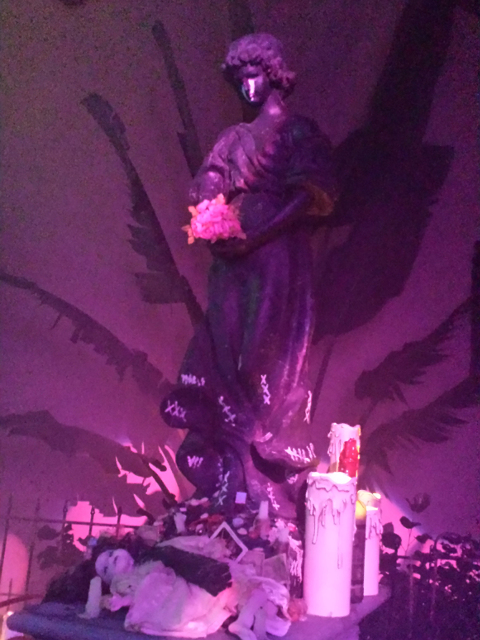 When we called Guest Services during the day on November 1, hoping for a last-minute addition, we were told repeatedly that Express passes were sold out for that night. Yet people who were in the park that night reported that Express passes were being sold in the holding areas, where day visitors were corralled until the park reopened for the event. According to Facebook reports, this misinformation was repeated even to those who had tickets in hand for that night, resulting in an actual loss of Express pass sales for the evening.

It is unclear what happened in that situation. Were Guest Services employees instructed to give false information? Did the information they were given conflict with reality? Did Universal artificially cap advance Express sales at an absurdly low number? Was there a genuine mix-up in communication between Guest Services and their higher-ups? Only Universal knows for sure, and they aren’t saying.

3. Failure to Learn From History 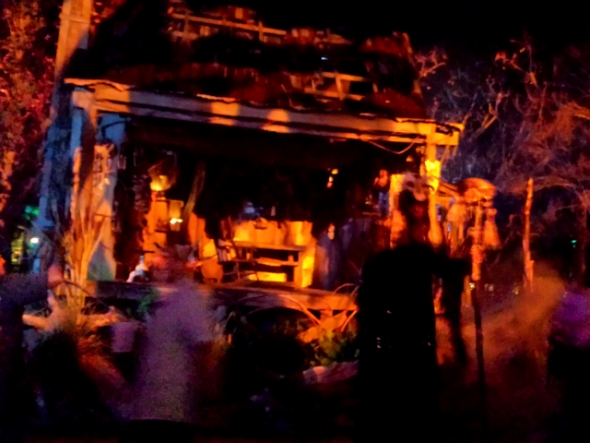 Even if Universal did not care to review historical attendance data, they only needed to look at the figures from Halloween night to foresee what would happen on November 1. For the first time ever, Frequent Fear passholders were not admitted on Halloween, which happened to fall on a Friday. However, Frequent Fear Plus passes are valid on Fridays, so people with those passes were allowed in.

I had a Frequent Fear Plus pass, so I attended on Halloween night. As a long-time passholder, I was able to see the effects of blocking Frequent Fear that night. Always a slow evening, Halloween night was even quieter than usual. We had Express passes, but they were barely needed. We experienced no wait at all for food or drinks at restaurants and carts, easily got into both Bill and Ted and the Rocky Horror Tribute by walking up at show time, and had highly personal interactions with scare actors in both houses and street scare zones.

As every ticket is scanned for admission, it should have been easy enough for Universal to look at the balance of Frequent Fear Plus passes versus general admission tickets that night, consider the decline in attendance versus Thursday night, when Frequent Fear passes were valid, and calculate the projected effects of blocking all passes on the last night.