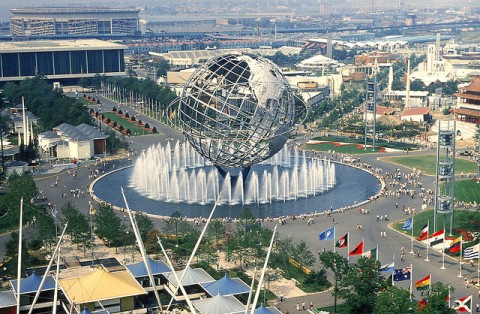 It's often said that Walt Disney World's Epcot was designed to be something like a permanent World's Fair – a partnership between countries, corporations, and Disney to create entertainment that could inform and educate. That's all well and good, but it raises a rather big question: Why would Disney, a company known mostly for its theme parks and animated films, be interested in building something in the style of a permanent World's Fair?

The answer is actually rather simple – it worked for them before.

In 1964, New York held what would become one of the most iconic World's Fairs ever, and one of the innovators to give it such an important place in history was Walt Disney. The Fair is remembered, mostly, as a showcase for mid-20th century design – featuring the type of clean, modern lines and theme architecture that has now become a visual shorthand for the era. For Disney fans, however, it's mostly remembered as the proving ground for four Walt Disney-created attractions. In fact, those attractions were so beloved, 91 percent of all attendees to the 1964 World's Fair rode at least one of Walt's attractions (according to the essential Walt Disney Imagineering) -- all of which are still around today in some shape or form.

Let's take a look at those attractions, and remember how they looked back in 1964:

That's right – one of the most iconic attractions in Disney history actually debuted in New York City. In 1964, its full title was “Pepsi Presents Walt Disney's 'It's a Small World' - a Salute to UNICEF and the World's Children.” While the ride was successful, the title was a bit wordy, so when it was eventually transplanted to Disneyland in 1966, it was shortened to its current moniker.

Based on a stunning design from genius imagineer Mary Blair, the original It's a Small World was as colorful and joyful as it is today. And, of course, Disney's trusted Sherman Brothers wrote a song for the attraction that is likely still stuck in your head from your last Disney trip.

Its exterior boasted an enormous moving sculpture called “The Tower of the Four Winds,” designed by imagineer Rolly Crump. The tower echoed Blair's overarching aesthetic design of the attraction and provided an eye-catching landmark for fairgoers looking for one of Disney's creations. It worked, and fairgoers sought out the ride for both its visual appeal and the fact that it rarely had a lengthy wait, despite its high demand.

The ride experience, while different in many ways from the version we enjoy today, has the same sense of mood and feel the original had back in 1964 – owing most to the iconic music of the Sherman Brothers and the gorgeous design of Blair. When the ride was transferred to Disneyland in 1966, the Tower of the Four Winds couldn't come along with it, which prompted Blair to design a new facade – one the Disneyland version of the ride still uses to this day, and which the Walt Disney World version is inspired by.

The Ford Magic Skyway was, obviously, sponsored by the Ford Motor Company, and featured full-sized, driverless Mustangs transporting fairgoers through dioramas depicting scenes throughout Earth's history – most notably, of dinosaurs and cavemen. Its closest relatives today, in terms of story, are probably Spaceship Earth or Universe of Energy – both of which offer a similar ride experience, using animatronics to tell the story of mankind and our planet, from distant past to the future. But, Ford Magic Skyway's modern legacy isn't so much in its storytelling, but rather in its design.

Those driverless ride vehicles were a request from Ford – the company wanted fairgoers to be able to sit in actual, off-the-production-line Mustangs, while still having those cars pilot themselves through the track. Disney's solution to this was ingenious and, ultimately, led a design used by the PeopleMover in Disneyland and Disney World. That design inspired Walt to include it in his plans for the Experimental Prototype Community of Tomorrow.

Much of the original track from the Ford Magic Skyway was moved to Disneyland to host its PeopleMover attraction, and is still in place above Tomorrowland. And those prehistoric animatronics? You can still see many of those in the Primeval World exhibit on Disneyland's Railroad.

The original song played at Disney World's Carrousel of Progress was "Now is the Time," not "There's a Great Big Beautiful Tomorrow." "Tomorrow " replaced "Time" several years ago when they updated the ride.

Went to the '64 World's Fair. Still hit the Carousel of Progress at WDW, see the original miniature of EPCOT on the people mover, and Small world. Thank heavens for annual passes and living in Jacksonville, Fl.