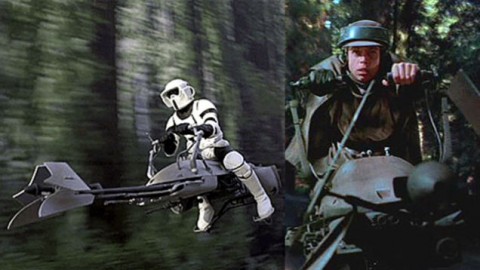 It’s no secret that major changes are coming to Disney’s Hollywood Studios.

Just in the past two months, two major attractions have been closed at the park – the American Idol Experience, and the Studio Backlot Tour. The latter ride was one of the park’s few remaining opening day attractions, and one of the few left that still celebrated the art of making movies. The writing on the wall is clear: Disney is going to stop the pretence that Hollywood Studios is still a working movie studio, and focus on developing it further as a theme park (something that’s already happening over at rival Universal Studios Florida).

According to our friend (and long-time Disney commentator) Jim Hill, interviewed over on the Unofficial Guide’s Disney Dish Podcast, Disney may even go as far as rebranding the park altogether (for the second time in its recent history), dubbing it “Disney’s Hollywood Adventure”. A similar rebranding and renaming has been mooted for Disneyland Paris’ own studio-themed park, Walt Disney Studios.

Just as rumors have pointed to the Toon Studio area of the Paris park becoming solely dedicated to Pixar, so there are strong rumors that the Studio Backlot Tour will be replaced by an expansion to the existing Pixar Place area of Hollywood Studios. And in doing this, ride concepts that already exist at the Paris park (and at Hong Kong Disneyland) could be brought over.

All-in-all, it seems that Hollywood Studios could be barely recognisable once Disney has finished overhauling it. And while we don’t have a fixed idea as yet of what new rides are coming in to replace the shuttered attractions, we can have a pretty educated guess. So let’s do just that.

Remember, none of these new attractions has been confirmed by Disney, and it could be that none of them actually see the light of day. But here’s a round-up of the rides that could form part of an expanded Pixar Place and the mooted Star Wars Land. 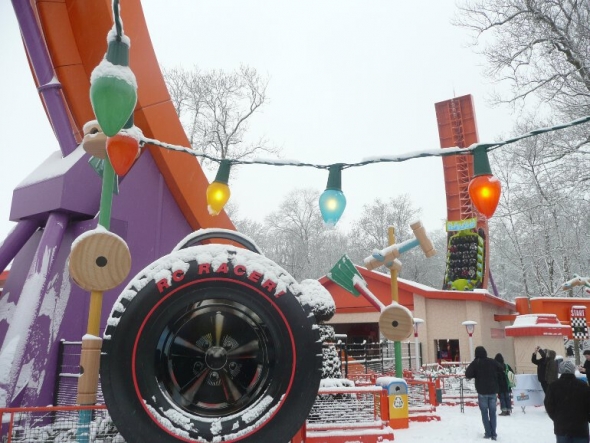 Versions of this attraction already exist at Walt Disney Studios and Hong Kong Disneyland, in their Toy Story-themed areas. RC Racer is the most intense attraction in the Toy Story lands, and is inspired by the speedy remote control car that is seen in the “Toy Story” movies. A half-pipe roller coaster manufactured by Intamin, it is themed to resemble the Hot Wheels track that RC rides in the films.

While it looks like a roller coaster, RC Racer actually offers a similar experience to the “swinging boat” rides that can be found at amusement parks all over the world. RC rocks backwards and forwards on the track, gradually building momentum until he reaches the top on either side. The vehicle then gradually slows until comes to a halt in the station. 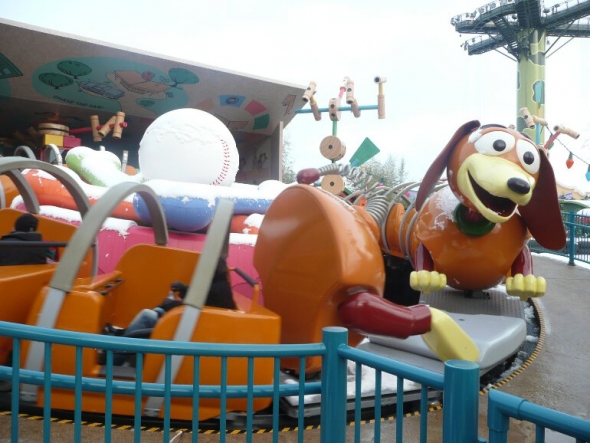 Another potential import from Toy Story Playland is Slinky Dog Zigzag Spin. At its core,  the ride is almost identical to the original "caterpillar" ride that debuted at New York’s Coney Island in 1925. Although the popularity of these rides has waned significantly in the past few decades, Disney has sought to revive it by turning the caterpillar into a recreation of the popular Slinky Dog character. Riders sit inside the "springs" of Slinky Dog's body as he chases his tail around in circles. 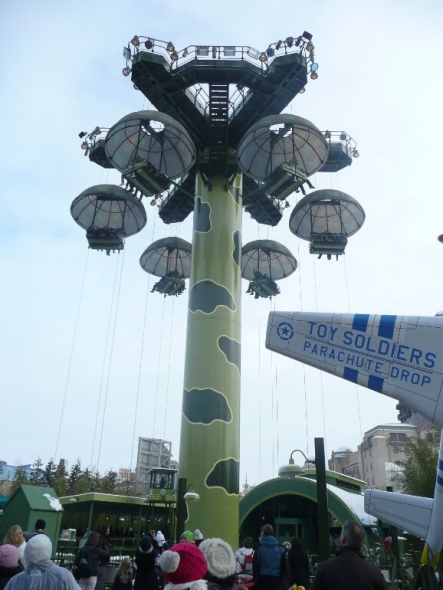 The final attraction that could be imported from the existing Toy Story lands is the Toy Soldiers Parachute Drop.

Standing at some 25 metres tall, Toy Soldiers Parachute Drop is the most visually imposing attraction in the Toy Story areas. The ride is inspired by the tiny "green army men" figures that feature in all three Toy Story movies, and are seen parachuting on several occasions. Manufactured by Intamin, the ride is a customised version of the parachute drop attractions that are seen at several other parks around the world. 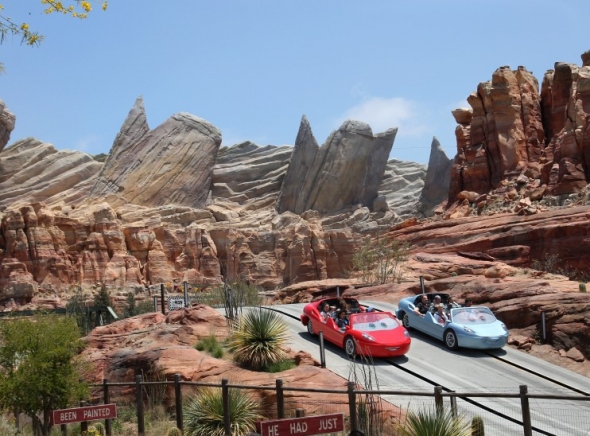 There have been constant rumors over the past few years that a version of Disney California Adventure’s Cars Land could make its way to Florida, bringing with it a clone of the smash-hit Radiator Springs Racers. However, there have been suggestions that Florida’s weather conditions may make this impractical (Epcot, of course, has a similar ride already in Test Track, but much of that is housed indoors).

The logical extension of the rumor, then, put forward by Jim Hill, is that a Hollywood Studios version of the attraction could dispense with much of the outdoor racing section, and focus on providing a more limited indoor experience.

You also have to remember Radiator Springs is the best attraction at a lackluster park. You put RS in DHS and I believe it will be out shone by some of the other existing and future attractions. Magic Kingdom could simply re theme their Tomorrowland cars to the movie Cars. Or revamp that ride and cut it off from Tomorrowland and place it within the borders of Fantasyland. But a car ride at DHS which not only needs an overhaul but needs to shine and compete with Universal, isn't enough. It takes up so much space too in CA. They can do something more amazing with that space where the tram ride was taken out, rip.

BTW Universal will be opening a new Kong ride next year. So Disney better get with it. Star Wars, Pixar, Tron, whatever it may be, just do it. Will start to look bad if they are still renovating DHS when a huge movie character Kong has opened across town. Hope the execs are reading!

A possible solution to importing Radiator Springs Racers is to base the Florida version on the sequel, which has a number of night time and indoor scenes which could be used as a replacement storyline for a more dark ride oriented version.

Comparing Universal to Disney is pointless. Disney has them beat easily. The ride quality at Disney is so much higher than Universal. Most of Universal rides are of the sit in a chair that moves in front of a projection-ed screen variety. Where you may find one at each Disney park you find three or four at each Universal park (2 in the Harry Potter land alone). Also the experience of a Disney Ride from the start of the line up to the end of the ride is far superior. Then throw in the cost for a family of four and the competition is over. You get a lot more value per dollar spent at Disney. I am happy they are updating the Studios as it needs to be done. I hoping for more Star Wars then Pixar stuff though.

i agree with many of the above post. DHS is in a major need of overhaul. i went two weeks ago and it is a half day park. i felt like tower terror and star tours and the rides were done for the day. there is no reason why they should not make a more adult park. all the other parks are for kids and a park geared for adults is really needed. i think people are right to a degree. comparing with universal studios, it maybe not crowd size or attendance it comes down to reputation. universals new rides make DHS sad. honestly, the first thing i did when i came home from my last DHS visit was to look up universal studios. many people i talk to from other parks of amercia said they are now coming to central florida to see Harry Potter. like it or not, this does need to be addressed with the very lack luster , boring, rides at DHS. I love the thought someone had earlier of making a Star Wars theme park with hotels and all else. That idea would be a huge when and the rides would be endless. Whatever is done, i do hope for about a 90 % increase in some E-ticket rides. it would be nice to have a reason to have to use fast pass at a disney hollywood studio ( DHS) park. I'm praying for sorcerer mickey to create some new ride magic.

unfortunately bringing all these other themed rides would just make a mockery of the park really i think they should just go all out and have a star wars theme massive area that just continues on from Star Tours ride.
i mean when you look at all that's possible with a star wars theme the ride list could be endless even the area designs are endless they have what 3 - 4 planets they could choose from and a couple of space battleships aswell.
i know Disney loves their Pixar movies and all but i really don't think it fits in with what they currently have at the park already. it would end up being a total mish-mash of randomness that would make the area look messy and chaotic
i know they have to keep kids in mind but aswell as kids there are a lot of adults who go aswell it seems like 80% of the ride ideas they have in this list are directed at kids and 20% directed at an older audience.