6 Things Every Rider Should Know About Disney's Monorail Systems 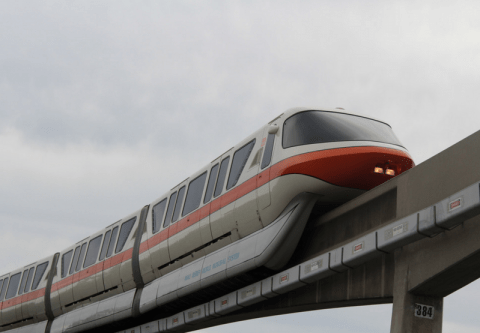 The monorails are a major aspect of many of the Disney resorts, yet they don’t get nearly as much attention as the other popular attractions.

Here’s an attempt to rectify that in the form of a history of the transportation system that Walt Disney implemented over fifty years ago and subsequent executives at Disney continued after his passing.

Here are six things to ponder about Disney's monorail systems the next time you hop on board. 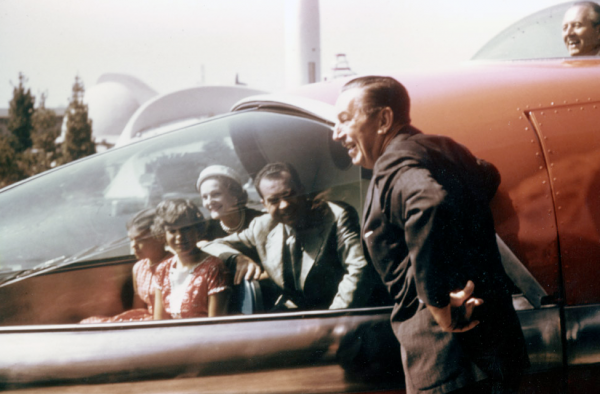 Ever since coming up with the concept of Disneyland, Walt Disney had been considering a monorail system. As it was for many of his early animated films, Europe was a major source of inspiration for how he’d bring his monorail idea to life.

On a visit to Germany in the summer of 1957, Walt’s engineering group analyzed the experimental monorail developed by the Alweg Corporation. Alweg had been operating their test monorail in Germany five years before Walt Disney came along. The Disney engineering group told Walt that the design had huge potential in terms of economics, stability and overall practicality. Within months of hearing the good news, Disney partnered with Alweg in 1958 to develop a working prototype of the monorail for Disneyland. 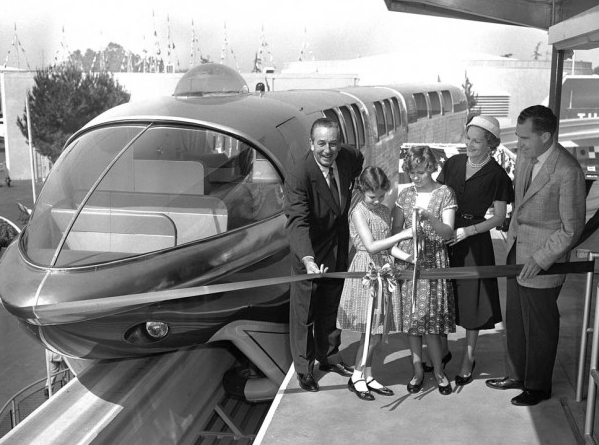 Originally the production of the monorail was assigned to the Standard Carriage Works of East Los Angeles, but, pressed for time, Walt Disney moved the project to his Burbank studios. Legendary designer Bob Gurr ran a Disney team that designed and constructed the cars, chassis, suspension and propulsion systems.

The first trains, named Mark I, were completed just barely in time for the Tomorrowland re-dedication at Disneyland, opening on June 14th, 1959. At first the monorail was just a sightseeing attraction in Tomorrowland, but it wouldn’t take long for it to become a legitimate and innovative form of transportation.

3. The Disneyland Monorail system in the early days 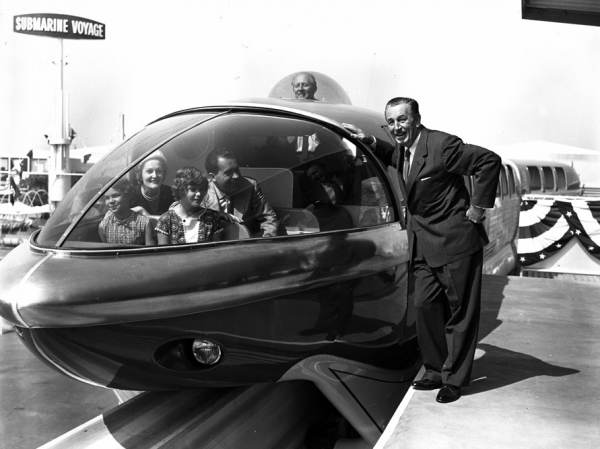 In 1961, the monorail system at Disneyland became a full-fledged operation. Tomorrowland station was lengthened in order to handle the new four-car Mark II and Yellow train. The track extended two and a half miles outside of the park and a second platform, Disneyland Hotel station, was created. A few years later in 1968 Mark III trains were added and again the platforms were lengthened.