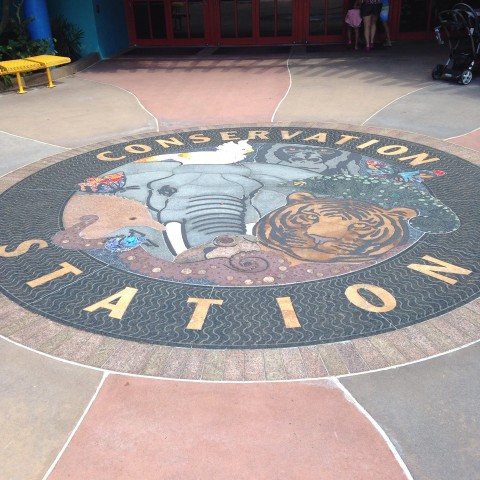 Conservation Station is one of the most overlooked highlights of Animal Kingdom. You have to take the Conservation Express train to Rafiki’s Planet Watch to get here, but once you’ve reached this area, there are tons of activities to explore.

The area offers a backstage look at Animal Kingdom with everything from backstage cameras you can swivel and peek through, to live animal demonstrations and shows. Hang out for a bit and you never know who or what you may find. 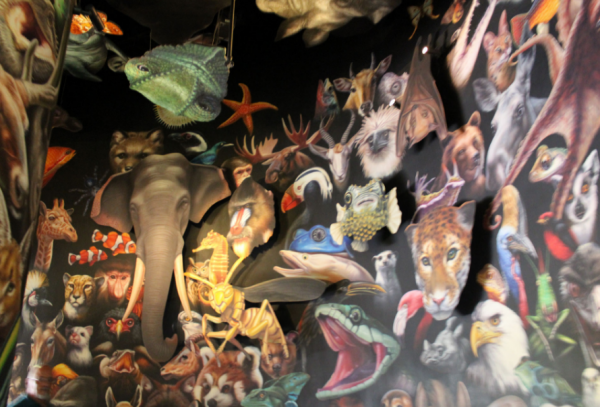 The animal mural that you encounter when you first enter Conservation Station is stunning simply for the many beautiful animals featured in it. The really fun part of viewing this mural, however, comes in the form of over two dozen hidden Mickeys. Disney officially recognizes 26 hidden Mickeys in this single painting. However, some guests have reported spotting up to 100. Take a few minutes and see how many you can find. 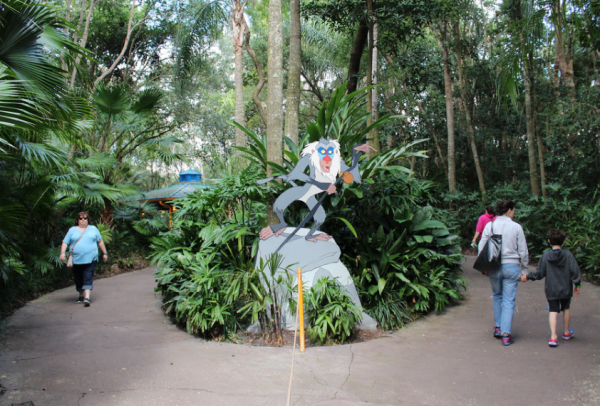 Listen carefully and you’ll hear that the background audio here also echoes the general theme. It sounds just like you’re in the jungle. While a detail like this is easily overlooked in busier areas, these restrooms are relatively deserted if you pop in between trains when the flow of guests slows down.

3. The chance for hands-on fun 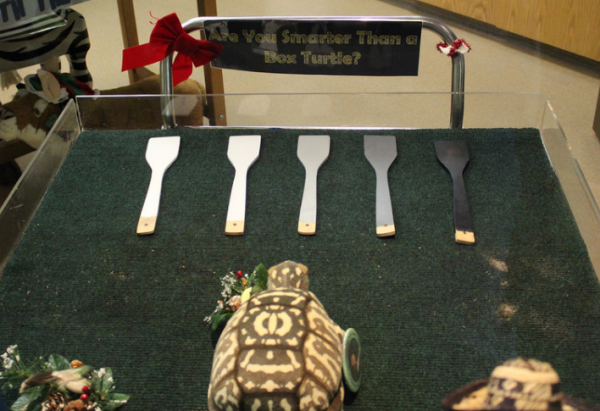 The first time I visited Conservation Station, there wasn’t much action happening as I walked through, so I just moved on. Don’t make this mistake!

The large flat rock in the center of the room plays host to a wide range of interactions. If you’re interested in petting something other than the farm animals in the petting zoo outside, this is where you can do it. Snakes, ferrets, rabbits, and more make their appearance here throughout the day.

My daughter LOVES Animal Kingdom and Conservation Station. She has a huge love of animals and loves learning new things there every time we go.