10 Abandoned Disney Attractions that are "Standing but not Operating" 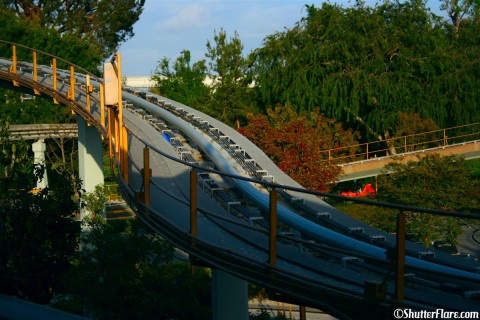 Disney builds its theme park rides and shows to last. However, its parks and attractions are constantly evolving, and that means that inevitably, in time, most rides and shows will either be updated with a new theme and technology, or removed altogether.

Sometimes, though, if an attraction has no direct replacement, it is easier (and more importantly, cheaper) simply to leave it in place, hidden from guests’ view. Scattered around Disney’s various resorts are a surprisingly large number of such abandoned attractions. In some cases, the entire ride system remains in place, leaving fans with hope (however slim) that the attractions could return one day in some form or other. 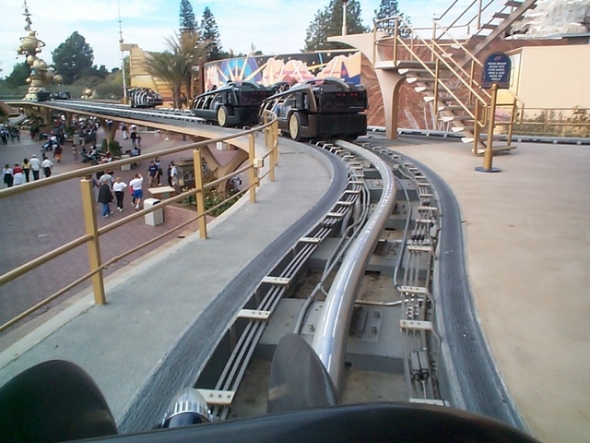 In 1998, Disneyland's Tomorrowland underwent a major overhaul, re-emerging as New Tomorrowland. One of the "casualties" of the project was the former PeopleMover attraction, which had been installed to offer guests an overview of the area. Its moderately-paced vehicles were replaced by the Rocket Rods, a high-speed thrill ride that operated on the same track. After boarding a five-seat Rocket Rod, riders raced around the circuit at a much faster pace than the old PeopleMover vehicles.

Unfortunately, the new attempt to bolt the new attraction onto the existing PeopleMover infrastructure proved to be catastrophic. The unbanked turns weren't suited to high speeds, so the Rocket Rods had to slow down to a crawl on each bend. Tires wore out quickly, and the entire attraction was shuttered in September 2000.

The PeopleMover track remains in place, with many Disneyland fans demanding the ride’s return. Rumors in 2013 pointed to a potential replacement by a Star Wars-themed Speeder Bike attraction, but these should be taken with a pinch of salt. We’ll have to wait and see what eventually becomes of this decades-old attraction. 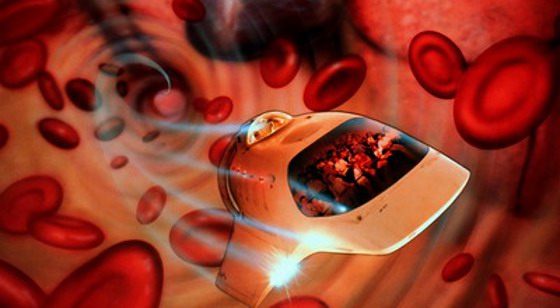 The original plan for Epcot include a pavilion dedicated to life and health, but a lack of sponsorship meant that the Wonders of Life Pavilion didn’t make its debut until 1989. One of its headline attraction was Body Wars, a simulator ride through the human blood stream.

The attraction used similar technology to Disneyland’s Star Tours. So similar, in fact, that sponsor MetLife demanded that the opening of Walt Disney World’s clone of Star Tours, at Disney-MGM Studios, be held back until later in 1989 so as not to take attention away from Body Wars.

The ride consisted of four simulators, each able to accommodate up to 40 passengers. The simulators played the role of the Bravo 229 vehicle, which was “shrunk” down from a weight of 26 tons to “less than a drop of water”. During their journey, guests passed through the heart, lungs and various other parts of the body.

In January 2007, the Wonders of Life Pavilion was closed for good, without any explanation from Disney. At the time, rumors suggested that Body Wars would be dismantled and sent to Hong Kong Disneyland. However, as Yesterland notes, there have been no credible reports of the simulators actually being removed. Instead, Body Wars is simply boarded up, tantalisingly out of reach for guests visiting the special events and private events that are still held in the pavilion. 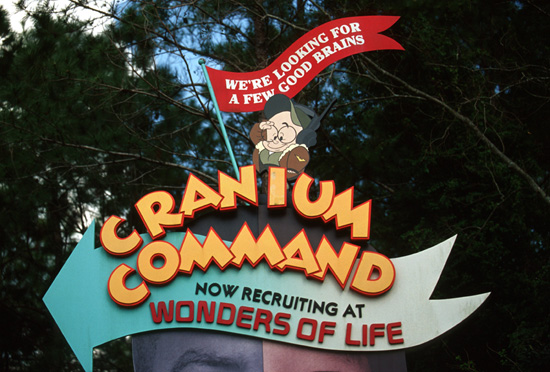 The Wonders of Life Pavilion’s other major attraction was Cranium Command. This saw guests becoming “Cranium Commandos” and being sent on a mission into the human brain. It starred Buzzy, a tiny little soldier, who had been tasked with keeping a twelve-year-old boy out of trouble by entering his cranium.

After a pre-show briefing, guests entered the theatre, which was designed to represent the inside of a human head. The outside world was seen through a pair of screens designed to mimic the eyes. Buzzy himself led the mission, in audio-animatronic form.

Like Body Wars, Cranium Command is believed to have been left largely intact following the pavilion’s closure.

7. Making of Me at Epcot 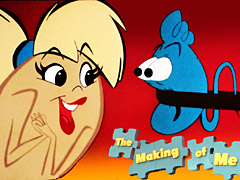 Martin Short has made a habit of appearing in shows at Disney theme parks, starring in both O Canada! in Epcot’s Canada Pavilion and in the wonderful (and often overlooked) CinéMagique at Walt Disney Studios Paris.

Prior to both of those, Short also starred in The Making of Me, a show that formed part of the Wonders of Life Pavilion’s line-up. This was shown from 1989 until the pavilion closed, and focused on conception and birth (something of a departure for Disney).

Although the film is no longer shown, the theatre has been reused to show food-focused films during Epcot’s annual International Food & Wine Festival – so the attraction is still essentially in place. 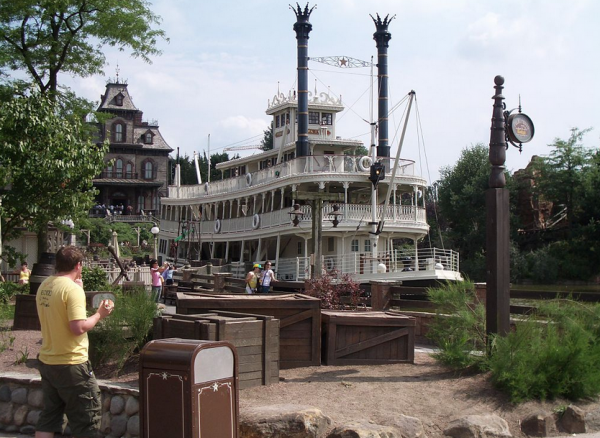 During a recent visit to Disneyland Paris, we were surprised to spot the Mark Twain Riverboat floating forlornly in Frontierland’s Rivers of the Far West. Even more surprising was the state of the boat, which looked virtually derelict. In places, parts of the boat’s wooden structure appeared to have detached altogether and fallen into the murky waters. All of this in full view of guests riding on the Disneyland Railroad.

The boat is based on Disneyland’s original Mark Twain sternwheeler. It is one of two vessels, alongside the Molly Brown, that serve the Thunder Mesa Riverboats attraction, taking guests on a scenic journey around Frontierland.

The Mark Twain hasn’t operated since 2011, and has spent most of that time sitting in dry dock. However, it was moved out recently into the Rivers of the Far West to enable the Molly Brown to undergo refurbishment. That has led to a serious deterioration in its condition.

Will the Mark Twain ever return to service? The chances seem a lot better of the boat being restored now that Disney has offered a financial lifeline to Disneyland Paris.

There used to be a cable car ride at WDW Magic Kingdom. I never got to ride it but I know it was there in 1997 b/c my husband was going to propose to me on it, but the weather that night was very windy & I chickened out. He ended up proposing the next night at EPCOT on the Mexican Pavilion ride that has since been updated to become the Three Caballeros (sp?) ride. The next time we went to WDW MK, a few years later, the cable car was gone.

Fun Fact!!! If you look closely at the lamps in front of Animal Kingdom, by the parking lot shuttle, you can see that there is a line of animals carved into the metal surrounding the actual lightbulb. In that line of animals is a dragon. The lamps were made in the early stages on the development of Animal Kingdom and the dragons in the lamps are the only remaining part of the never realized beastly kingdom.

The DAK logo has a dragon...

Just returned from 2 weeks at Disney Orlando there is a people mover on the upper level of tomorrow land which moves slowly round the whole area of the park.