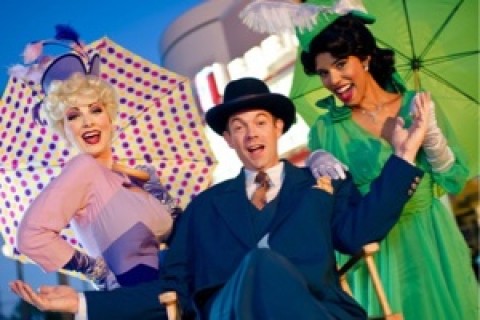 Even Disney parks newcomers are likely familiar with — or at least aware of — the major shows in and around the parks. Fireworks, parades, and Fantasmic can be a big parks draw, where guests camp out for the best spots for hours to see the show. But these big shows aren't the only shows at Disney parks — and, in fact, sometimes it's the smaller shows that are the most enjoyable.

You might not know about these shows unless you happen to run into them, but once you do, chances are you'll want to come back for more. Here are our 10 favorite Disney parks shows and street performances that you should definitely take the time to track down. 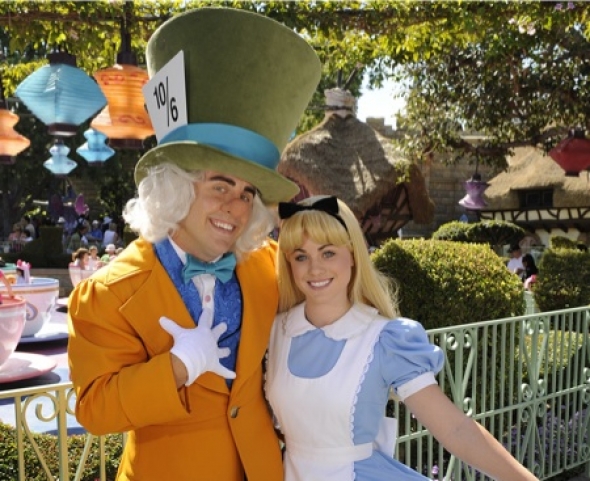 Playing musical chairs with the Mad Hatter, Alice, and sometimes Peter Pan, Mary Poppins, or any other characters around Main Street, is a decidedly unique experience. If you want to join in, however, you'll have to be at the right place at the right time: that's at Disneyland's Coke Corner around 2:30 in the afternoon. Win or lose (or just watch), you're certain to have fun... even if you do have to put all the chairs back when you're done. 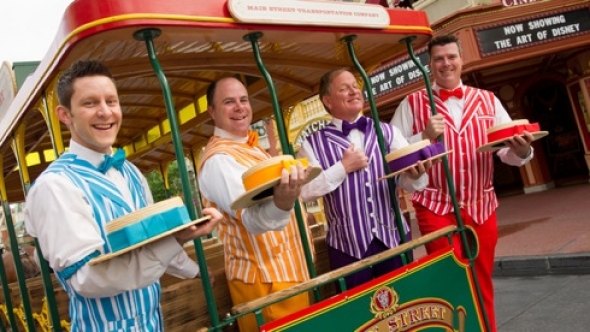 There's nothing that defines Main Street USA more than The Dapper Dans, a barbershop-style quartet that wanders the length of Main Street singing era-appropriate tunes (mostly). Sometimes they'll even take requests or sing happy birthday if you're at the park to celebrate. When and where you'll find them varies, but check your park schedule for times — and keep your eyes open for their distinctive striped vests and your ears open for four-part harmonies whenever you're on Main Street. It's always worth taking the time to stop and listen. 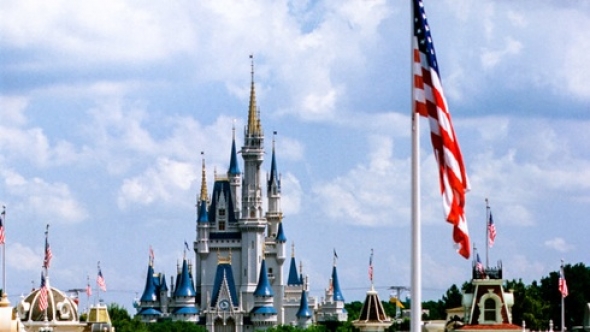 Every day before dusk at Disneyland and Magic Kingdom, there's a formal flag retreat ceremony on Main Street. It's a patriotic celebration, albeit in miniature (it's only about 15 minutes long), featuring songs, music, and guest participation as the flag is taken down and folded. 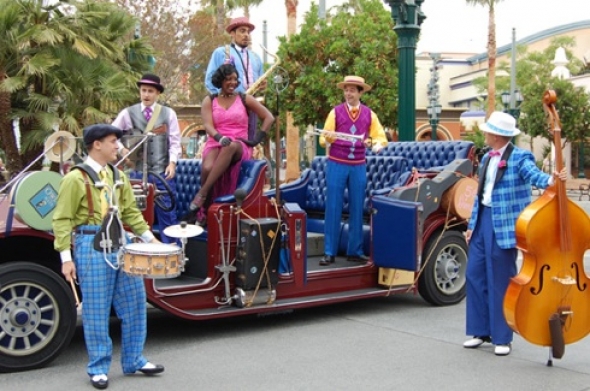 A jazzy sextet — there's five musicians plus Dime, the singer — that pulls up in front of the Carthay Circle on Buena Vista Street to do a 15-minute act several times a day. Though the music and interaction is always fun — Dime usually gets both kids and adults to join the fun and dance — the highlight is Goofy (appropriately dressed for the occasion in a brightly colored zoot suit) coming out to join the party.

6. Dream Along with Mickey, Magic Kingdom 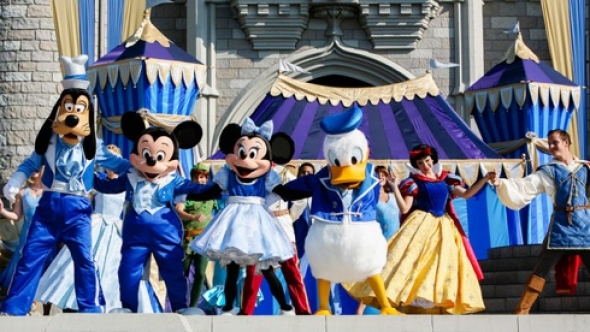 The ideal introduction to any Disney day, this 20 minute show is probably the most elaborate on this list, featuring Mickey, Minnie, Donald, Goofy, a huge extended cast of Disney characters, and even a few pyrotechnics. The best part is that all of the characters are expressive versions — which really helps bring the cartoon crew to life. Think of it as a sort of mini-Fantasmic (but with more Donald), performed in front of the castle several times a day. Check the park schedule for times and be sure to make it to a performance!