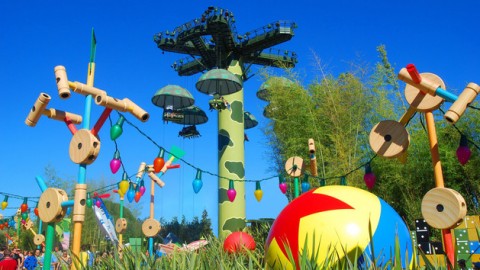 Even some of the biggest theme park enthusiasts haven’t had the chance to enjoy a park outside of America. That’s a shame, especially for Disney fans who haven’t been able to visit parks like Disneyland Paris, Hong Kong Disneyland and Tokyo Disneyland. There are a few well-known Disney properties that aren’t represented in either Anaheim and California, but do have a bigger presence overseas. If you can’t visit any of those other parks, for whatever reason, this is the article for you. 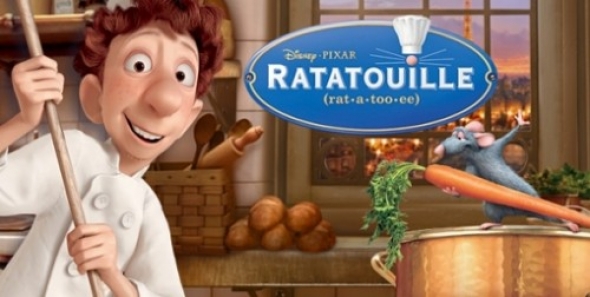 The only theme park where you can enjoy an attraction based on the 2007 Pixar film Ratatouille is Walt Disney Studios, Paris. That's very fitting, considering the film takes place in the same city. It was announced in March 2013 as Ratatouille Kitchen Calamity, but by the time it opened in June of 2014 it had been renamed to Ratatouille: L'Aventure Totalement Toquée de Rémy ("Remy's Totally Zany Adventure”).

The announcement of the Ratatouille dark ride was part of rumors about an expansion to Disneyland Paris' second park. Originally the Internet rumors were about Toon Studio being expanded. Then reports surfaced that the popular Toy Story Mania! attraction would supposedly be placed next to Toy Story Playland (something that may still happen in the future). Concept paintings, blueprints and contraction photos posted online revealed that the expansion would include Ratatouille: L'Aventure Totalement Toquée de Rémy.

The exterior of the Ratatouille attraction features the restaurant of of fictional chef Gusteau, where most of Ratatouille takes place. There are also Parisian buildings featured nearby in the plaza. It looks absolutely beautiful. Check out some photos of Ratatouille: L'Aventure Totalement Toquée de Rémy. 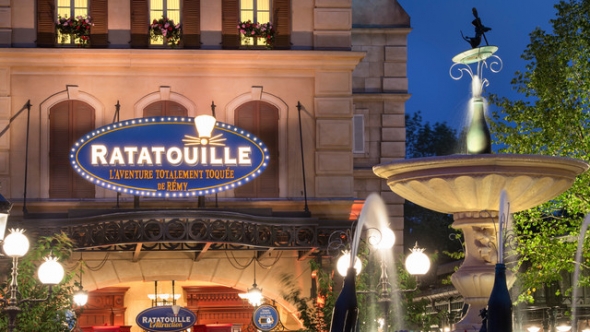 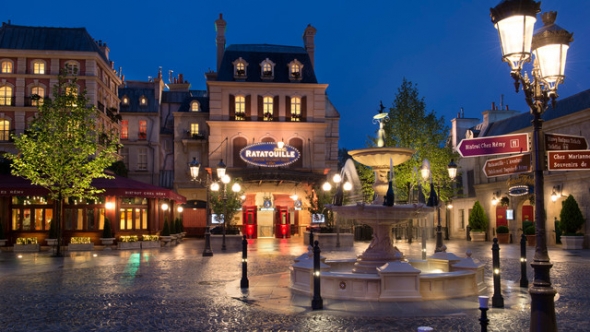 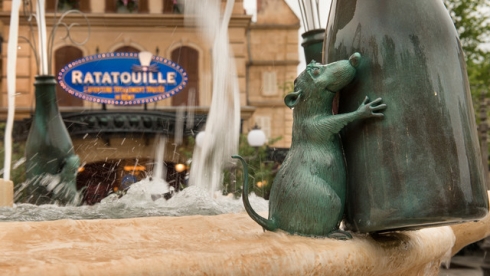 The ride itself is just as beautiful, taking you on a journey with Remy the rat through Gusteau’s kitchen. DLP Guide has a wonderful video tour of the ride that I encourage you to check out, especially if you’ve never had the chance to enjoy the attraction in person.

You can read an excellent, detailed review of the attraction from TPT reader Paul Douglas here. 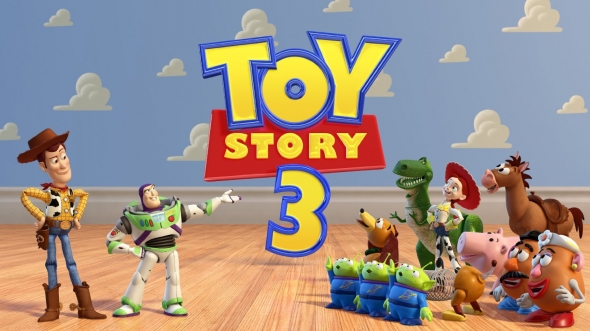 Sure, we Americans have Buzz Lightyear Astro Blasters/Buzz Lightyear Space Ranger Spin and Toy Story Midway Mania!, but only international parks are home to a whole location exclusive to the characters and concepts of the Toy Story films. The area known as Toy Story Playland at Walt Disney Studios Park in Paris and simply Toy Story Land at Hong Kong Disneyland is, of course, an arena completely devoted to all things Toy Story.

Information leaked during Mickey’s Magical Party in 2009 about an expansion to the Paris theme park, which the resort later confirmed. Toy Story Playland was built to help promote the third Toy Story film that came out in 2010. It was designed to “shrink” guests down to the size of a toy and allow them to play in the backyard of Andy, the original owner of Woody, Buzz and the other toys. The area was highly immersive, themed with bamboo to represent giant blades of grass as well as many props and characters from the movies like giant versions of Buzz Lightyear, Rex, a paper plane and even the ball from the first ever Pixar short, Luxo Jr. The rides themselves, though, are a disappointing selection of basic midway attractions.

There are rumors circulating that there will be an addition to the park in the next few years in the form of the popular Toy Story Midway Mania attraction found currently at Disneyland and Disney World. Here is a list of Toy Story Playland’s current attractions, restaurants and shops, most with links to video tours, along with pictures of the area. 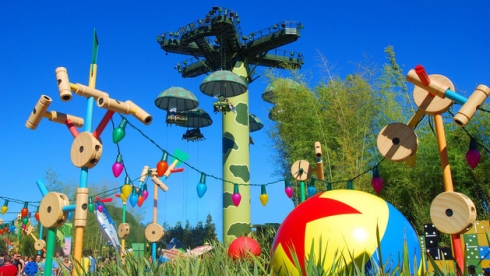 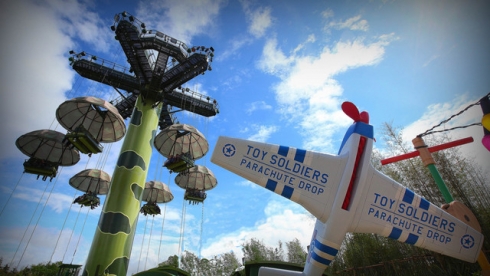 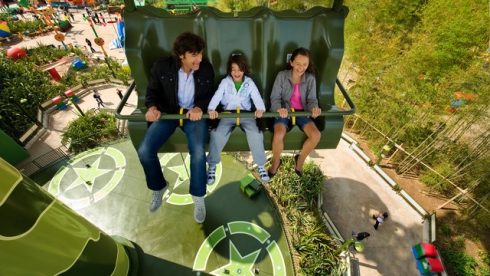 In November of 2011 a nearly identical land to Paris' Toy Story Playland named simply Toy Story Land opened in Hong Kong Disneyland. It also uses bamboo and giant versions of characters and props, and is similarly rumored to add a Toy Story Midway Mania! attraction within the next few years. It's located on the west side of Hong Kong Disneyland behind its version of Fantasyland. Here are Toy Story features exclusive to Hong Kong, along with a host of photos. 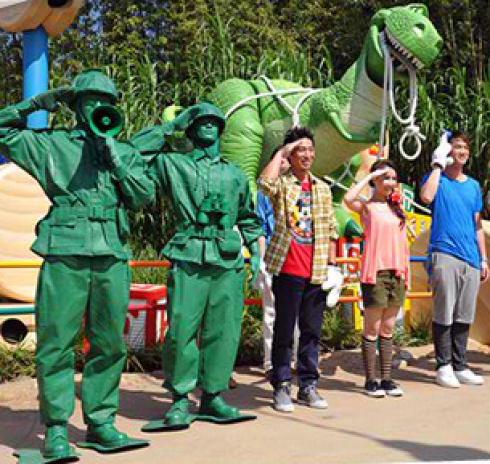 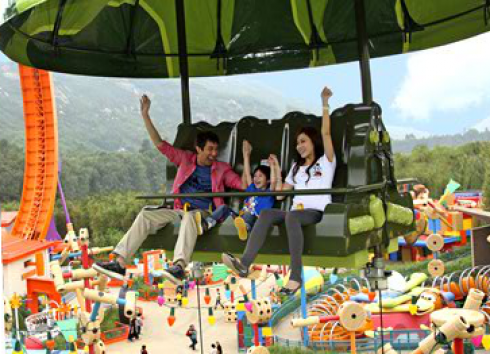 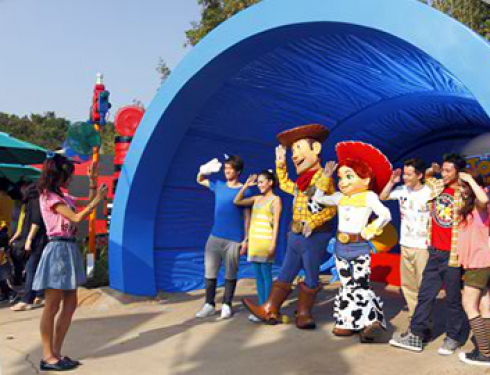 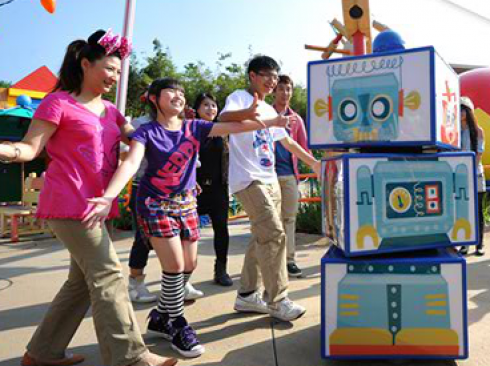 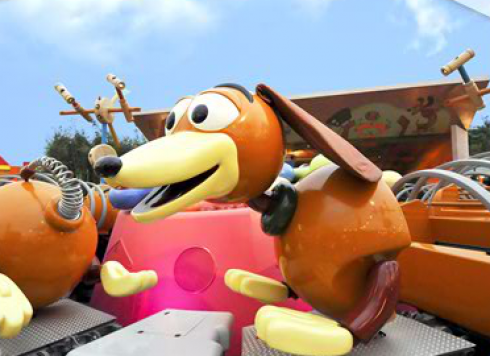