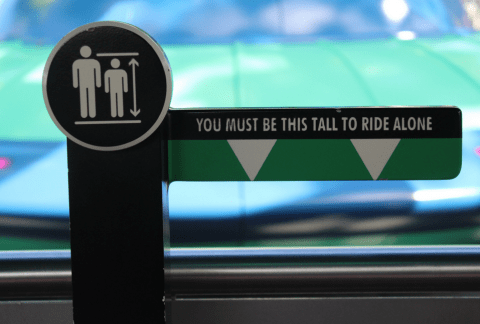 If you’re travelling to Walt Disney World or the Universal Orlando Resort with a small child, you’ll inevitably come across the question of what to do when the child is too small for an attraction but the rest of your party wants to ride. This problem pops up so frequently that both parks have specific plans in place to assist you. These are designed to allow everyone in your party to ride with minimal disruption to your day, despite having to take turns waiting with the wee ones.

What’s confusing for many Orlando visitors is that Disney and Universal approach the issue in completely different ways. If you’re traveling with a child who may be too short to ride certain attractions, take a few moments to familiarize yourself with these policies ahead of time so you can make the most of the options available to you. 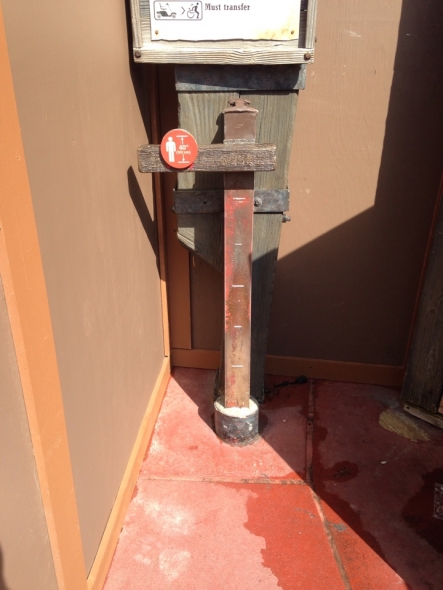 If you have children in your party who are too short to ride a particular attraction, they won’t even get past the entrance at Disney. If they can’t go on the ride, they can’t go in the queue. It’s important to set up your rider switch before you get in line because Disney’s system is designed to let the child who isn’t riding go enjoy something else while the first half of the party rides. The party members who aren’t riding receive rider switch passes that work like FastPasses when they return.

One person in the party can also ride twice. This means that if Mom and Dad have Big Brother who can ride Dinosaur and Little Sister who’s too short, Mom can ride with Brother while Dad waits, then Brother can go again with Dad while Mom waits. This way no one has to ride alone. 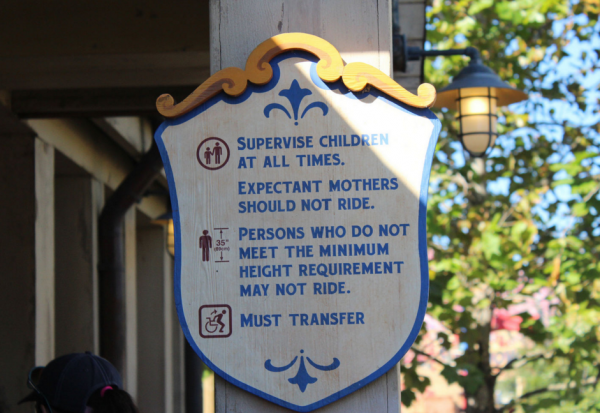 Rider switch passes look much like the old FastPass tickets. The benefit for these is that there’s no time limit on them. If the guests who aren’t riding head across the park to do something else and don’t want to come back and take their turn till a little later, that will work just fine with this system.

3. Universal asks you to wait in line together 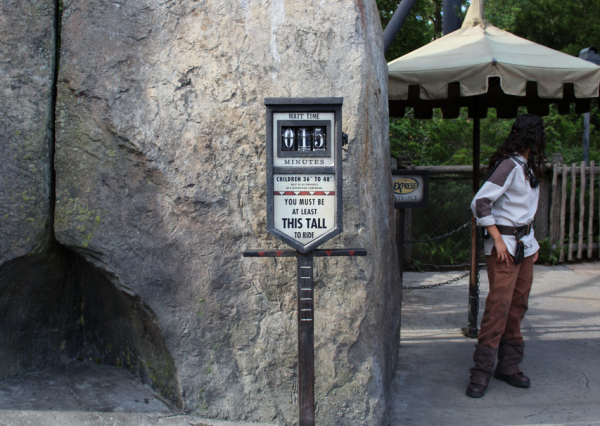 At Universal, your entire party has to wait together. This means that even small children who can’t possibly meet the height restriction will go through the entire queue with you. If you don’t have an Express Pass and you want to take turns riding Harry Potter and the Escape from Gringotts when it has two-hour wait, you will all be waiting in line alongside the impatient toddler who won’t even ride. This system keeps your party together, but it can present some challenges when you’re in the queue with children who won’t get much of a reward at the end of the wait. 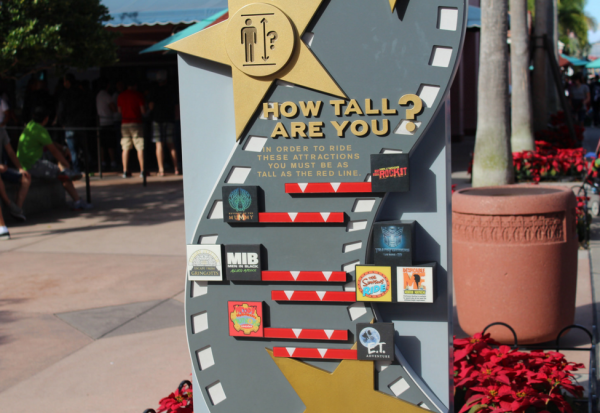 Since children have to wait in line with you at Universal, there’s a handy waiting area for them to sit in while the rest of the party takes turns riding. On some attractions (such as the Amazing Adventures of Spider-Man), this is a spacious room with chairs and televisions. However, some are so crowded even the amenities can’t make them comfortable (such as Harry Potter and the Forbidden Journey). Others, like Bluto’s, don’t have much more than a few outdoor benches.

This article is biased in its wording used to describe Universal's Child Swap. Universal has programs for children that don't meet the ride requirement such as height certificates and sometimes the themed queues are just as entertaining for children that can't meet the height as the ride would be. It feels this way in Transformers in my opinion. Theming always makes things better

This article is biased in its wording used to describe Universal's Child Swap. Universal has programs for children that don't meet the ride requirement such as height certificates and sometimes the themed queues are just as entertaining for children that can't meet the height as the ride would be. It feels this way in Transformers in my opinion. Theming always makes things better

1. Universal also has a riders switch pass. You'll be given the pass at greeter and be directed through the que and the non-first rider holds on to the pass in childswap and then gives the pass to the grouper attendant when their party rejoins so they can ride.

Your entire party has to remain together and I do believe that you'll have to use it right then and there once you get up to the ride platform.

We were there is September and used pur fastpass + and rider swap. It was not useless. We were able to get through the lines faster and we had 6 initial fastpasses between my husband and myself on the rides my small child could not ride. It was wonderdul and I think we were able to utilize our time better.

Having worked at Universal I can tell you that this is not completely accurate. For example, if you wanted to ride the Incredible Hulk but have a child that is too small that child would not be allowed to enter the ride queue. Instead half of your party would be sent with the child to these waiting areas you described where you could sit and enjoy the movie currently playing or even just enjoy the air conditioning. When the other half of your party gets to the front of line and rides, they would then come meet you in the waiting area and you would switch off.