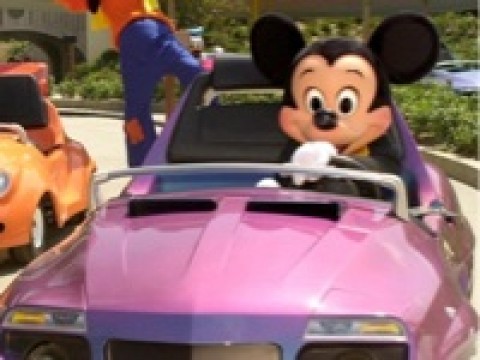 When Walt Disney originally came up with the idea of a theme park, part of the appeal was that a park would be something he could continually work on and improve — unlike films which, when they were sent off to theaters, were finished forever. So it's no surprise that the Disney parks he brought into existence have changed a lot over the years... but it may surprise you how much of Walt's direct handiwork remains in the parks today.

In fact, there are too many Walt Disney original attractions to list without a novel's worth of words — so instead of listing everything, we'll talk about 5 indisputably "Walt" attractions that are still in the parks, even though they've changed over the years. 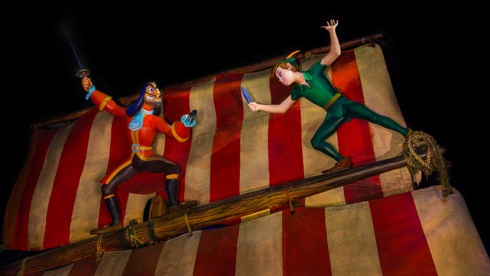 Peter Pan's Flight was one of three dark rides in Fantasyland — the others being Mr. Toad's Wild Ride and Snow White and Her Adventures (now Snow White's Scary Adventures) — on Disneyland's opening day in 1955. But while many of Walt's original dark rides have all but vanished, Peter Pan's Flight continues to serve guests in Anaheim, Orlando, Tokyo, and Paris, though the ride has seen some modifications over the years. The original attraction put guests in the role of Peter Pan flying over Neverland...  but for the most part, audiences didn't get it and wondered why Peter never appeared in the ride that bore his name.

When the ride opened in Walt Disney World in 1971, though the ride concept was much the same — with guests boarding pirate ships suspended from the ceiling that would carry them through the story — audio-animatronic figures were added, including an audio-animatronic Peter. This update was mimicked by the Disneyland ride when the park's Fantasyland was revamped in 1983, and the rides at Tokyo Disneyland (1983) and Disneyland Paris (1992) are similar. Still, even with the new animatronics, it seems likely that Walt would recognize his work. 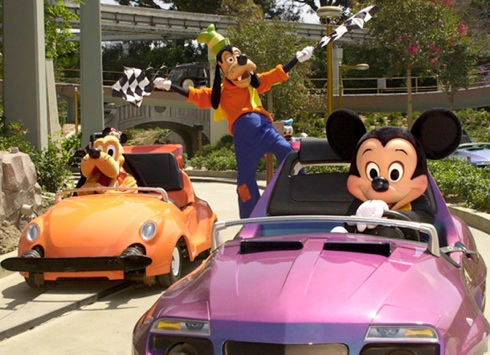 When Autopia originally opened in 1955, it presented a vision of the ubiquitous highways of a future-to-be: President Eisenhower had yet to create the Interstate Highway System and the I5 freeway which runs adjacent to Disneyland had yet to be completed. The original goal of the ride give kids a first taste of driving a real car on a leisurely track through the park... which was a problem almost immediately.

The first version of Autopia featured no guide to keep the cars on track and also no bumpers on the cars — and in a test run before Disneyland's opening, numerous collusions nearly destroyed the test fleet. Bumpers were added before opening day and have been improved over the years to prevent damage to the cars. And, finally, in 1965 the guide rails Autopia sports today were added to prevent collisions. But the original Autopia isn't the only one: over the years there have been three other versions of Autopia at Disneyland (Miget Autopia, Fantasyland Autopia, and Junior Autopia), though only the original remains.

Theming of Autopias at different Disney parks varies, but each of them has an Autopia of its own: in Orlando and Tokyo the ride is themed like a racetrack, in Paris the ride has a 50s vibe, and Hong Kong Disneyland's Autopia features electric cars that travel through jungles and alien landscapes. 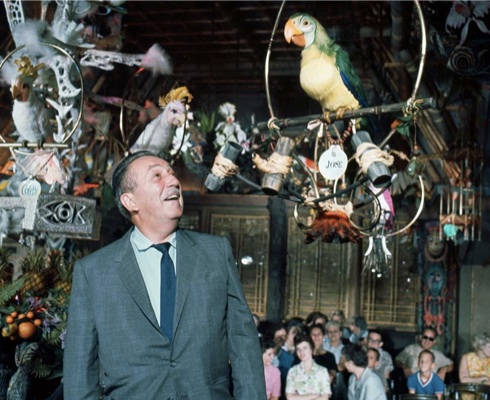 Even if you aren't up on your Disney history, it's easy to tell Walt had a hand in this one: his name is right in the title! The Enchanted Tiki Room was originally designed as a restaurant, but with animatronic birds who would tweet at one another — but by the end, the birds had taken over and the Enchanted Tiki Room became a stand-alone attraction and the first to feature audio-animatronics, with over 150 birds, flowers, and tikis that move, talk, and sing.

Opened at Disneyland in 1963, the computers that controlled the many animatronics meant that this was the first building in the park to be fully air conditioned — and it's still a great place to beat the heat today. The Tiki Room can currently be found in Disneyland, Walt Disney World, and Tokyo Disneyland, with varying degrees of resemblance to the original. The Disneyland version has hardly changed over the years - though the animatronics have been updated and the audio remastered. The Magic Kingdom's version was temporarily rethemed to include Iago (from Aladdin) and Zazu (from The Lion King) and Tokyo's version has been modified to have a Lilo and Stitch theme. Though Tokyo has kept its themed version (the only Tiki Room not to use the classic theme song), the Magic Kingdom;s Tiki Room was restored to its original state in 2011 and now mimics the Disneyland original.