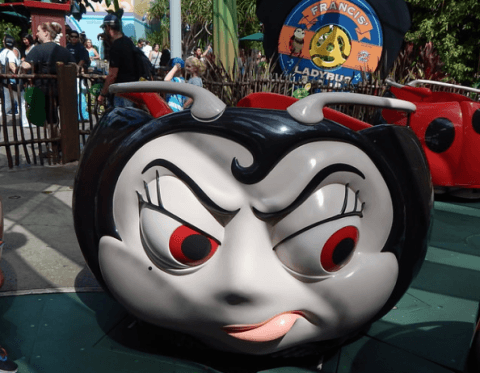 Disneyland Resort may not match the size and scale of Walt Disney World, but it has its share of advantages over the Disney parks in Orlando. For fans of Pixar attractions in particular, Disneyland Resort is a great destination. Not only does it have over a dozen attractions/events featuring Pixar characters, it has two themed Pixar lands, letting you immerse yourself deeper into those worlds than you can anywhere else.

How did Disneyland Resort become such a great source of entertainment for Pixar enthusiasts? When did it (arguably) surpass Disney World and the other theme parks in that regard? Read about that and more below.

1. The beginning of Pixar at the parks 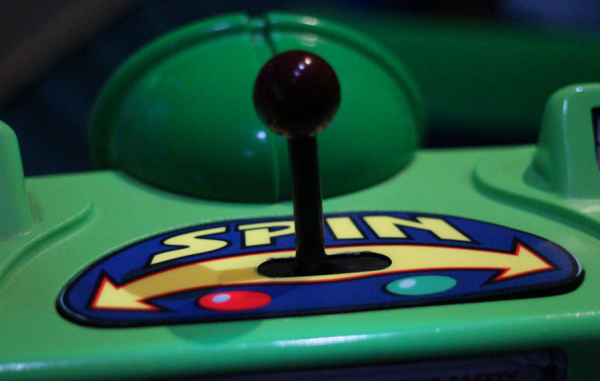 Pixar was founded in 1986, but it really made its mark in 1995 with the first Toy Story movie. The Walt Disney Company didn’t own Pixar at the time, only handling the marketing and distribution of Pixar films, but they knew that they had something special on their hands. Disney first started placing attractions based on Pixar worlds and characters at Walt Disney World. The first was It’s Tough to Be a Bug!, a nine-minute long 3D film still running in the Animal Kingdom. That debuted on April 22nd, 1998, a full seven months before the movie it’s based on, A Bug’s Life, was released in theaters. The same attraction would eventually reach Disneyland Resort, but not until 2001.

Buzz Lightyear's Space Ranger Spin came soon after, with a soft opening on October 2nd of 1998 and an official launch on November 3rd. Space Ranger Spin, a wonderful combination of a shooting gallery and a dark ride, proved to be a huge hit. It exists in some form at every Disney resort. Between Buzz Lightyear Astro Blasters and It’s Tough to Be a Bug!, Orlando had a big head start when it came to Pixar-related attractions. 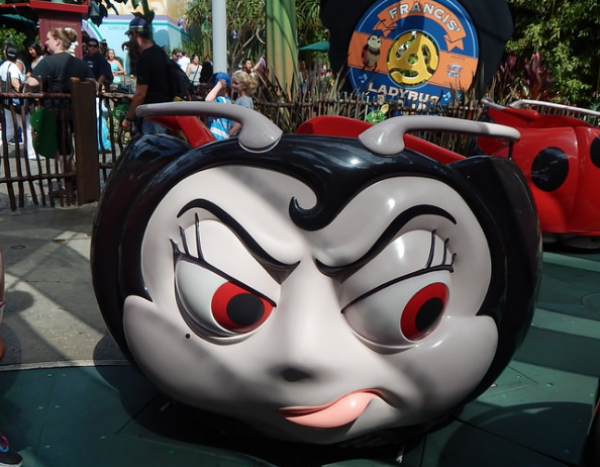 Things began to change with the introduction of A Bug’s Land to Disney's California Adventure in 2002. The choice to add the themed land actually had relatively little to do with Pixar. Instead, it was a response to low ticket sales in the area, which were attributed to the lack of rides for young children. Since DCA already had itsversion of It’s Tough to Be a Bug!, it made sense to expand the presence of the kid-friendly world of A Bug’s Life. That resulted in A Bug’s Land, a themed area with an original backstory about how Flik and her friends were inspired to create a fun fair when Disney's California Adventure opened nearby. As the story goes, when the Imagineers went to work on the Anaheim version of the Twilight Zone Tower of Terror, they uncovered the bugs in the garden and chose to open up the bugs’ fair to park attendees.

A Bug’s Land increased the Pixar presence at Disneyland Resort dramatically. However, because so many of the rides were for young children, Disneyland Resort still had a ways to go before it would become the premiere destination for Pixar enthusiasts both young and old.

3. When the tides turned 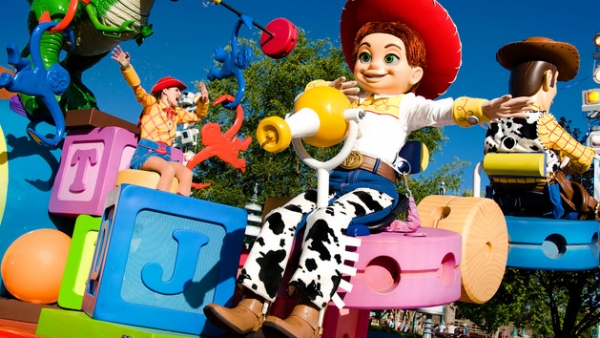 In my opinion, the development that made Disneyland Resort the mandatory choice for Pixar fans was the debut of the Pixar Play Parade on March 14th, 2008. The Parade is a real treat for fans of the CGI-animated movies, a spectacle that every Disney/Pixar fan should behold with original music, dancers and creative costumes. When it premiered it was also the only event at any theme park featuring characters from The Incredibles and Ratatouille. The Pixar Play Parade was a unique experience that made Disneyland Resort stand out from the efforts of all the other parks.