4. Forget occupancy – yield management is the name of the game 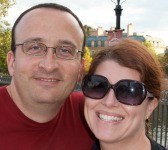 I think what we're seeing is that Disney is focusing on yield management more than hotel occupancy as their key performance indicator.  That is, they're concerned about making the most money from whatever number of guests that is, rather than just assuming a completely full hotel is the most profitable.

This has been a trend in the hotel industry for a while.  In fact, this sample Disney job opening for a Senior Pricing Analyst mentions yield management before any other job tasks (also "pricing and optimization").  See also this job posting for a PhD in Statistics or Econometrics.  You don't need a Ph.D. just to fill hotel rooms – they're doing some crazy math to figure out the right price and occupancy point.

How does this happen?  Through very targeted marketing campaigns.  If you've been to a Disney theme park in the past few years, Disney probably has a pretty decent model of how much money they made off you.  Just like a casino, Disney can use that data to estimate how much money they'd make off you with a future stay, if they offered you a hotel room at each resort, at various price points.  That determines whether you get a PIN code, for example.

Here's what it means for you:  if your household income is less than $100,000 per year – and that's 80% of American households – you're probably getting fewer special offers from Disney.  Why?  Because the households in the top 20% spend more on vacations each year than the bottom 80% combined.  If you're Disney, you're likely to make more money by concentrating your marketing efforts on one family in the top 20% of households than four families in the bottom 80%.

And that's exactly what they're doing – marketing to the big spenders.  The good news, if you're Disney, is that there are still enough households in the US alone to fill their parks.  I'd be surprised if they were not doing the same things in Canada, the UK, and South America.

To me, that's why Disney's hotel occupancy numbers aren't as high as they once were, while revenue still continues to grow.  It also explains why more hotels are converting to DVC – the nightly revenue from short-term guests isn't as important as finding the right guest.  (I think Don has some interesting observations about DVC maintenance fees here, too.)

5. Disney marches to its own beat

I completely agree that Disney is focused on total profit, not on occupancy, per se.  I do think it's interesting how they approach yield management relative to the large hotel chains, though.

The common case these days – certainly with the big guys, like Hilton and Starwood – is that the price for a room-night floats constantly based on a variety of factors, much like airline tickets.  The basic principle is that the software is constantly calculating a price that is going to produce the highest predicted revenue for the hotel, given the current booking flow and their analysis of what will happen to that flow if they adjust the price up or down. 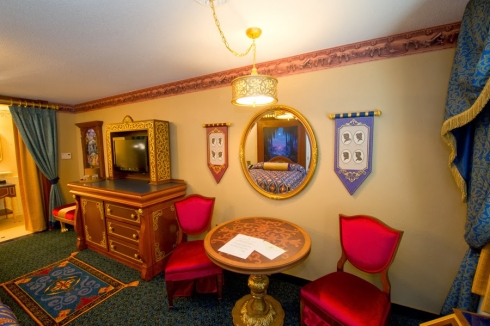 Usually, with one of these systems, maximum revenue tends to correlate strongly with maximum occupancy.  And, effectively, there is no "normal" price for these hotels – the price is whatever it is on the day you book it, just like airline prices.  They may have a "rack" rate, but good luck finding out what it is, and it's going to be a crazy high price that doesn't actually represent what they expect to get for the room.

Disney, on the other hand, has actual "rack" rates, which they release well in advance and mostly leave alone (though, contrary to popular belief, they will change their rates a bit here and there over the course of the year).  They don't change individual room rates on the fly.  When they need to fill rooms, they offer a blanket discount, albeit with some blackout dates and resorts, and with varying availability depending on what kinds of rooms they want to fill more.

Simple economic theory would suggest that Disney is losing money by not adopting the free-floating rates of their competition.  I disagree.  By having a clear, unambiguous rate for each room, they can offer a discount that really feels like a discount to the customer.  The rack rate is an anchor that people can actually see is the "real" rate.

And, of course, as we've already discussed, Disney gets real benefits by having those high rates clearly visible in terms of sending messages through pricing.  Disney has a unique product, and they know it.  They are positioning themselves at the top of the market, while giving themselves a variety of "outs" that allow them to sell rooms at lower effective prices, if they need to.  Sure, they could fill more rooms if they wanted to by lowering prices, but that risks sending a message they don't want to send.

Obviously, if they hit the point where they believe they're really leaving substantial amounts of money on the table, they'll make adjustments.  I would expect that those adjustments would come in the form of more generous discounts, more often.

As to when that will happen, your guess is as good as mine, but I wouldn't hold your breath.

5 Reasons Why Universal’s Diagon Alley Is NOT a Flop

4 HUGE Changes Coming to a Theme Park Near You