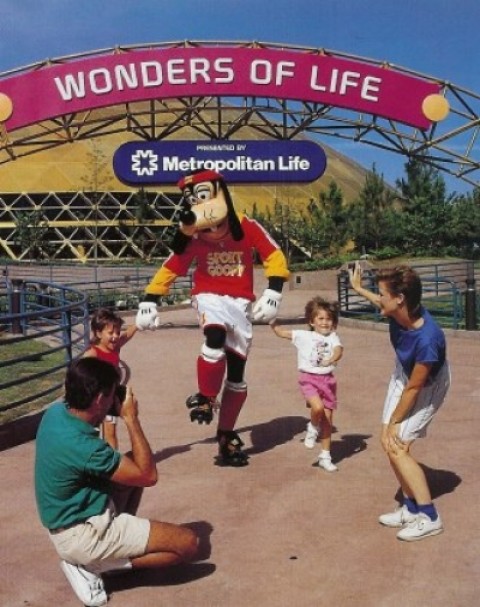 There's a certain mystery to the closed portions of the Walt Disney World Resort property. Urban explorers and Disney enthusiasts alike have ventured into areas such as the abandoned River Country water park and the defunct Discovery Island zoological exhibit in order to see a side of Disney normally blocked from public view. These are places that were once “on stage” in Disney parlance, and now they are not. What has changed? Are they still how we remember them? Could Disney reopen them if they were so inclined?

In October of 1989, the Wonders of Life pavilion opened at Epcot. In January of 2007, it closed for good. And yet, despite its doors being opened to the public for occasional events, including the annual Flower & Garden and Food & Wine Festivals, the current state of the pavilion is largely unknown. Yes, portions of it are used for seminars and classes, but what about the rest?

There are rumors strewn across the Disney-centric corners of the internet suggesting that some of its former attractions have been removed. Some, allegedly, are still operable. The status of others is completely unknown – immune even from rampant internet speculation.

Which rumors are true? We will likely never know. So rather than try to speculate on what the Wonders of Life pavilion is like now, let's look back at what it was – remembering some of the most charming and unique attractions Disney ever offered.

The original plan for Epcot included a life and health pavilion, but a lack of sponsorship pushed Disney to hold off on the plans until 1989. Nowadays, Epcot's pavilions are mostly home to singular attractions (i.e. Test Track, Mission: Space, Spaceship Earth, arguably), but Wonders of Life was different. It featured two marquee attractions and a number of smaller diversions, activities, and films.

The pavilion took on the look of a carnival or a fair – bright colors and big-top-style architecture gave it a sense of festivity and fun. Imagineers must have thought that something as sterile and cold as health would be off-putting to vacationing families if it weren't couched in an aggressively “fun” visual aesthetic. Personally, I remember loving the pavilion as a kid, so in many ways they were successful in that aim. But, considering how poorly the building aged (seriously, look at all that teal – could it be any more 90s?), that particular design choice may not have been the best one.

The main floor wasn't just aesthetics and a place to shuttle you from the door to the attractions – there were experiences here for guests to enjoy as well. The Sensory Funhouse was, as its name suggests, an exhibit designed to stimulate guests' senses and explore how people are affected by touch, sight and sound. Coach's Corner offered interactive video training in various sports such as tennis, baseball and golf.

Perhaps the most visually appealing exhibit on the main floor was the Wonder Cycles, which were stationary bicycles with TV screens attached. The screens played a video that would be synchronized to the speed of the bicycle, speeding up and slowing down as the guest did the same with the pedals. This created the sensation of actually biking through a scene. The bikes had multiple course options for the guest to choose from, including the Rose Parade in California and a ride through Disneyland.

The main floor was busy, both literally and in terms of design, but the effect was something like a jolt of energy – which was fitting in the pavilion about life and health.

3. The shows and films

In addition to the diversionary exhibits, Wonders of Life featured a few smaller-scale shows and films. Goofy about Health was a clip-show-style movie that used segments from the classic Disney shorts to teach guests about the importance of staying active. The Anacomical Players were actors who played health-themed theater and improv games, usually to the amusement of the gathered crowd.

But the central film in Wonders of Life was The Making of Me, a 16-minute movie starring Martin Short. In the film, Short explained the human reproductive process by telling the story of his own creation, from his parents' meeting until his birth. Shortly after its debut, Disney made sure the theater featured plenty of warnings about the content of the film, as some families found it too frank in its discussion of human sexuality. It was mostly comical, and didn't go too much into detail, but still guests were warned about possible objectionable content.

All in all, it was a pretty ambitious project for Imagineering – one that would only have been undertaken then, when Epcot was still primarily a park designed to educate its guests, rather than simply entertain them.

The loss of the Wonders of life pavillion and all of it's features is just a very real "large-as-life" symbol of all the wrong moves Disney has made in the last couple of decades. Of course, as I read earlier, if you are not part of the 20% of
highest earners, Disney really doesn't care what
you think. And they will know if you are worth
their while because of the armband that they
can use to track you with.
I love WDW and have visited every year since
'75; sometimes multiple times a year. We visited
so much that as soon as we could afford it, we
bought into the DVC in '93 and came down
much more bringing down everyone that we
knew who couldn't afford the trip. Then it
started to become too expensive for us and we
would have to save for a few years to be able to make a visit. That was understandable but
then we had to start making reservations so
many months in advance: to stay, to eat, to ride!
And all the attractions get changed from clever,
themed and detailed to supposed "thrilling"
(Epcot) or self-promoting (Studios).
It used to be so easy to enjoy. We would try to
come down in the "off" season. The hours would be shorter but there would be fewer people and
less heat so we would be able to ride everything and just walk up to dine by putting our name in
and waiting a few minutes. I miss the "old" WDW that I used to know.
As for the DVC, there were fewer resorts but we
never had a problem finding a place. Now it
seems most of the rooms are held out for cash renting non-DVC guests. If you are a member, you have to reserve your stay a crazy amount of time ahead and reserve it by the week, which w
never had to do before either.
I guess Disney has just gotten too big, or popular, or complicated for us or maybe we have just gotten too old. We liked it when it was
magical not technical.

I feel that Disney doesn't care about park visitors unless they stay on property. My daughter lives in Florida and our visits are spur of the moment. We can no longer eat at our favorite restaurants because they are booked months in advance. We can't afford a day at the park because the cost is prohibitive. I long for the old days!