The 3 BIG Updates from Disneyland This Month (September 2014) 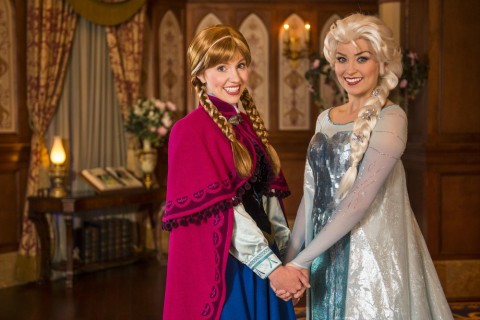 This is the monthly news, rumors, and refurbishments update for Disneyland Resort for the month of September 2014.

Here are the two biggest developments from Anaheim from the past 30 days:

Frozen has been in the news much this month, thanks to word coming out of Walt Disney World that the nascent franchise will be taking over Maelstrom in Epcot’s Norway Pavilion, among several other developments (long story short:  Anna and Elsa will soon have a permanent – and expanded – presence at three of Disney World’s four theme parks).

With the movie’s continuing success in all formats and on all fronts, Disney would be remiss, of course, to leave Anaheim out of the mix.  And although Disneyland’s Frozen overhaul is nowhere near as expansive as is its counterpart’s, it still represents a significant change not only to the way that guests will be interacting with the princess and the queen, but also with how the entire park can be toured.

Here’s the deal:  the current meet-‘n-greet, which is located in the former Tangled building in Fantasyland, has been plagued with excessive lines that easily balloon to anywhere from two to four hours and that congest all traffic in the area; according to Disney Dose, despite the attraction having been open since last November, when the film hit theaters, it’s still not unusual to see a three-hour wait within five minutes of the park opening.  Clearly, something needed to be done. 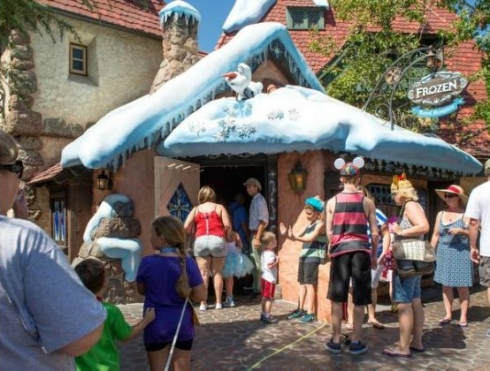 On September 3, the company decommissioned the standby queue and instead instituted a FastPass-esque system which sees guests arriving at the attraction, grabbing a Return Trip Ticket, and then returning in the 20-minute time window that is printed on the ticket.  Disney Dose reports that, on the first day of its implementation, the queue was shrunken down to a much more manageable 15 minutes for the entire day, although Touring Plans has since said that that wait has grown to between 30 and 60 minutes – which doesn’t take into consideration the 30 or 60 minutes that the line to obtain a Return Trip Ticket requires in the first place.

There has been, unsurprisingly, a great deal of controversy surrounding this change, most of it centering on two simple facts:  (1) Frozen’s return tickets have typically been exhausted within the first few hours of each day; and (2) if you don’t have a ticket, you cannot possibly meet (or greet) with Anna and Elsa.

Indeed, it’s hard to see this development as anything other than a continuation or by-product of the Soarin’ test run, which was conducted at Epcot this past summer (and which, ironically enough, was modeled after a similar limited-run experiment for Princess Fairytale Hall’s Frozen meet-‘n-greet).  In Epcot’s case, the normal standby queue was shut down once it reached a certain level, and then Return Trip Tickets were used exclusively from that point onward. 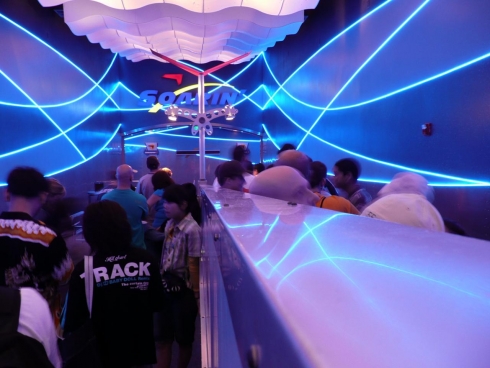 That attempt proved to be nothing but disastrous, with negative guest feedback forcing Disney to reopen the standby line on certain evenings (when all the park-hoppers descended on Epcot).  Although always intended to be a limited trial, this two-tier approach has never reappeared anywhere at the resort.  It’ll be interesting to see how consumers’ opinions will continue to fare with Disneyland’s first foray into this experimental field.

On the other hand, however, the dissipation of a four-hour wait is a considerable boon, one that may very well be worth the tradeoff – even if it comes at the expense of preventing a considerable number of people from nabbing some royal face time.

The most interesting element of this further experimentation, of course, will be its lasting impact on the rest of Disneyland’s – and, to a lesser extent, all of the Disney resorts’ – infrastructure.  Will the company attempt to add FastPass accessibility to its Fantasyland meet-‘n-greet, like its counterpart in Magic Kingdom has?  Will this hasten the on-rush of FastPass+ at Disneyland Resort, which we’ve known for a long while now has been next on Disney’s to-do list (even though the longer wait times at Soarin’ can at least be partially attributed to the more ubiquitous FP+ system)?

Or will this become the new status quo, with more and more attractions – such as those at, say, the imminent Star Wars Land – towing the new Return Trip Ticket line, as well?

Many anxious Disneyland guests are waiting to find out.