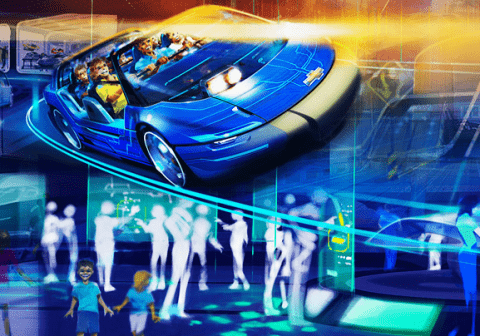 Interactive is a real industry buzz word. Everyone wants a ride that absorbs guests and makes them part of a story. Back in the early days, "interactive" rides were ones where guests were plunged into a favorite story and sent through a ride as an active participant, causing things to fall, break, or move. Think of Mr. Toad's Wild Ride!

But times changed. More likely than not, when you hear “interactive,” you probably envision just what we do: laser-gun-touting dark rides where guests simply blast their way through scenes with a minimal sense of story and very few details. And yes, that IS interactivity! And some of those rides are done brilliantly (see Men in Black: Alien Attack). But more often that not, "interactive" dark rides feel undercooked and half-baked. Can you think of a truly classic interactive ride like Pirates or Haunted Mansion? Likely not. Laser-gun rides typically lack in-depth stories or characters or settings since riders' attention will be elsewhere.... like, on the flashing targets strewn across the scene.

But here, we’ve collected eight truly interactive dark rides that involve guests as never before and make them key in the way a ride is experienced. Think of it as the next evolution of "interactivity," where you’re the star in more ways than one, and your actions can result in real changes to the attraction! Which of the eight attractions below would you most like to experience? 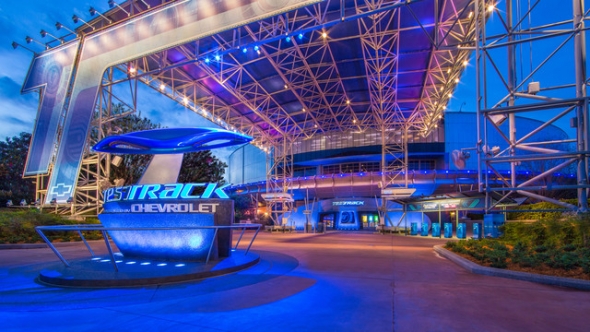 Perhaps one of the most innovatively interactive rides on Earth, Test Track – Presented by Chevrolet sends guests into the creative design and testing process for prototype vehicles. In line, guests enter into the Chevrolet design studio and begin crafting a vehicle, choosing elements and variants as they try to optimize (or not) the four qualities car-makers and buyers look for: Capability, Efficiency, Responsiveness, and Power.

With their personally-designed car in hand (or rather, saved on a MagicBand or park ticket), guests advance to the SimTrack, where they board the ride itself as it’s put through the paces on four tests corresponding to the four qualities above. After each tests, guests are given a live read-out of how their particular vehicle scored in each quality. 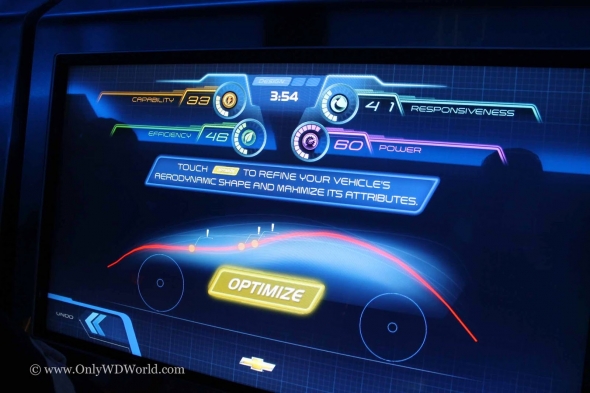 If you designed a veritable tank, you’re bound to score low on the green-tracked Efficiency test, but hit a home run in the blue-colored Capability as you power over rough roads with ease. The ride's post-show allows you to see how your car stacked up and put it through additional paces. Talk about interactive! 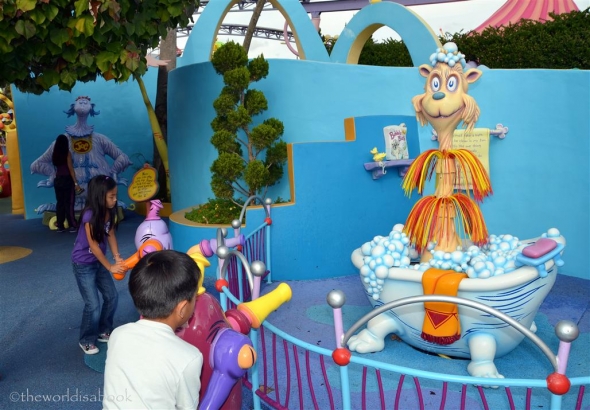 There is no place quite like Seuss Landing, the whimsical island at Universal’s Islands of Adventure. The entire area is the stuff of Dr. Seuss’ otherworldly dreams with zany architecture and unimaginable creatures, but If I Ran the Zoo is in a league of its own. The attraction is off the beaten path and easy to miss, but it’s a fun walkthrough filled with the good doctor’s uniquely stylized animals in their own Seussian zoo. Each is accompanied by a (rhyming, of course) sign that explains the peculiar creature and a way to wake it up. Be warned: most of the friendly creatures are very playful!

3. Adventure in the Valley of the Unknown 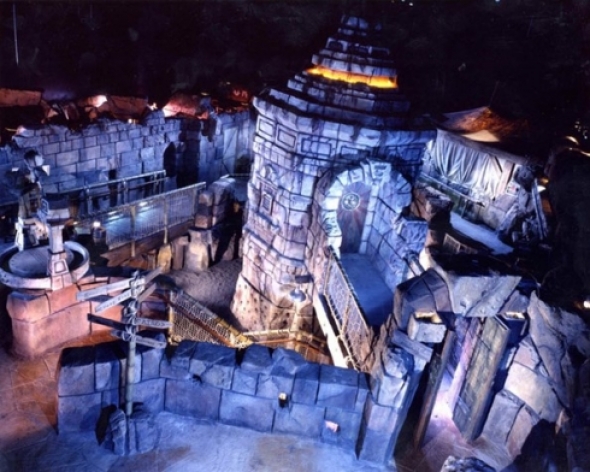 While not at a theme park, Adventure stands with the best. It's located inside the outstanding COSI science center in Columbus, Ohio, which we featured in its own in-depth article here thanks to COSI's evolution into a 21st century EPCOT. Like Epcot, COSI is divided into themed atria (think of them like pavilions) each focused on a single overarching topic: Ocean, Energy, Gadgets, Space, Progress, Life... But the most incredible, by far, is Adventure. (did you ever think of "Adventure" as a component of science? Hm...) Adventure sends guests on an Indiana Jones style expedition into the lost Valley of the Unknown to unlock an ancient towering Observatory sealed for centuries.

Armed with a map, flashlight, pencil, and 1930s film recording offering instructions, guests diverge into the island’s Maze, Temple, Cavern, and Well to awaken ancient stone statues who each hold a piece of the Observatory’s code.

Adventure is probably the most interactive attraction on the list since it sends guests into the (literal) unknown on a dark tropical island with only their critical thinking skills to help them. Only the bravest members of the Explorer’s Society dare attempt Adventure – Level 2, wherein guests must translate three ancient languages across the island and re-awaken the statues with new codes and puzzles, leading to a surprising, real reward… But to solve Level 2, guests work from 15 - 20 hours as they decode, dig, observe, and unlock new spaces on the island. We're so captivated by this living adventure puzzle game that we wrote an entire in-depth feature on Adventure's mythology and challenges. We sincerely can't think of another thing like it on Earth, and that makes it a must-visit for any theme park fan.

Tons and tons of dark rides have billed themselves as “interactive” thanks to laser guns and flashing red targets. That’s all well and good, but not the kind of interactive we’re talking about. Getting close is Toy Story Midway Mania, in which guests actually see the effects of their actions in real time. The ride sends guests into a giant board game of midway attractions where they play carnival classics like smash-the-plate or ring-the-bottle using a classic "pop-gun" that digitally creates the projectile-du-jour (rings, darts, suction cups, confetti) at each individual game. Better than shooting laser targets, Midway Mania feels visceral and competitive in just the right way, with an intimate setting, great effects, and stunning technology that's well above our understanding!

"daydreaming teal platypus Perry"?
Since when? Perry is in reality Agent P of OWCA (Organization Without a Cool Acronym).

We did the Kim Possible Epcot game and it was beyond fun!