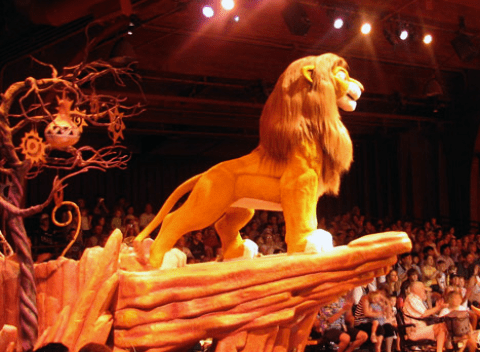 When Walt Disney oversaw the creation of Disneyland, he wanted his guests to feel as if they'd stepped into a show in which they were the stars. In that grand tradition, most theme parks offer some kind of entertainment, from parades to "streetmosphere" and impromptu dance parties and daily ceremonies that absorb guests into the show. But only the elite can create out-of-this-world stage shows and entertainment offerings that pull you into a new world with Broadway-style songs or mesmerizing effects.

Here, we've collected 10 can't-miss stage shows that inspire delight, awe, laughter, and tears like only a good show can. Which of these 10 have you seen? Are we missing any big shows our readers should know about?

1. Mickey and the Magical Map 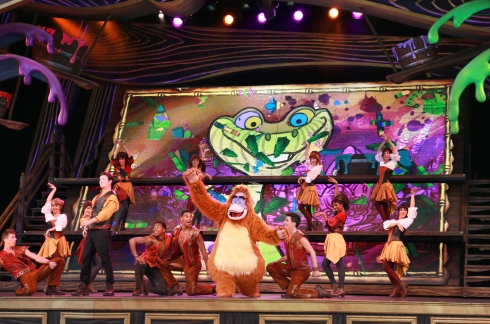 Since 1985, an open-air amphitheatre has been quietly tucked into the wooded hills of Disneyland’s Fantasyland. Originally called Videopolis and conceived as the perfect spot for teenage dance parties and music video showings (to make Disneyland more edgy and modern), the venue eventually resorted to showing live tellings of Disney classics. When Snow White: An Enchanting Musical ended its two-and-a-half year run in 2006, the theatre was repurposed as a princess meet-and-greet.

But in 2013, the Fantasyland Theater returned, and with a brand new, original show called Mickey and the Magical Map. The 25-minute stage show / musical features the Big Cheese in his Sorcerer’s Apprentice garb and a… well… a magical map sends him into the world of Disney films. While the story itself reeks of reruns, the content is unique, featuring songs and locales that don’t typically get Disney Parks airtime: Lilo & Stitch, Jungle Book, and a rousing finale featuring the Princess and the Frog. The Map is brought to life thanks to a massive two-story multi-tiered screen packed with its own special effects. Pretty cool!

While the location has developed a considerably-sized collection of rides over the years, Universal Studios Hollywood is still more a working movie studio than a theme park. So if you’re looking for real movie magic, it’s the place to be. In keeping with expectations, Universal offers quite a few stage shows and tours in its park, but the Special Effects Stage show is really a blast. Documenting movie make-up, green-screen, motion-capture, scale models, wire-work, and more, the show uses hapless and helpless audience volunteers to bring it all to life. It’s a can’t-miss experience. 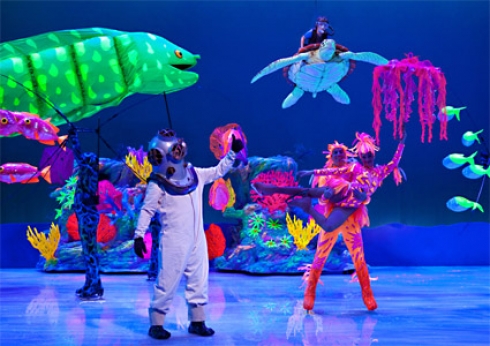 Bringing ice back to a long-thawed theater in Busch Garden's Morroccan Palace Theater, Iceploration is perhaps one of the most ambitious shows at any park. The ice-skating spectacular begins with a conversation between Austin and his grandfather. Austin believes that his generation is connected to one another as never before thanks to technology. His grandfather, an old-world explorer, begs to differ, offering that Austin should put his phone down and explore the world around him.

Hokey premise, sure. But the fantastic 30-minute show combines enormous puppets, incredible sets, original music, costumes designed by a Tony-award winner, projection effects, acrobatics, and appearances by 20 live animals as Austin and his Grandfather visit the African serengheti, the Great Barrier Reef, the Arctic, and the Amazon Rainforest. 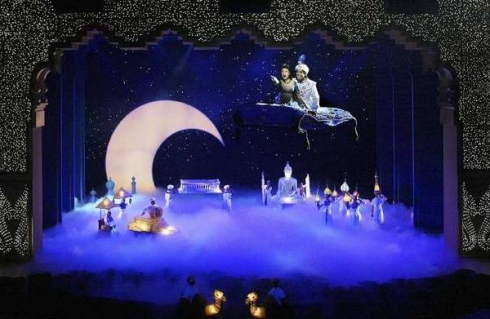 People just can’t get enough of Aladdin at Disney California Adventure. The musical bucked all trends by presenting the story of Aladdin in a 50-minute Broadway style musical (most theme park shows are 25 minutes at the most) in the palatial Hyperion Theatre with three tiers of seating. The show debuted in 2003 and has been playing to sold out crowds ever since. Yep, even 11 years later, it’s a must-see at the Disneyland Resort. Disney even officially announced the show’s closure and replacement (with Toy Story: The Musical) in 2009, but fans rebelled and the Genie stayed put. Seems he’s likely to do so for a very long time. 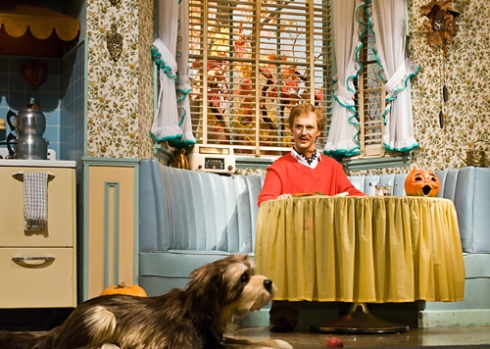 Technically the longest running stage show (and with the most performances) in American history, Carousel of Progress was cited by early Imagineers as being Walt’s personal favorite of his park’s attractions. The show was transported from Disneyland Park to the then-new Magic Kingdom in 1975 where it continues to play today. Presented in the Carousel Theatre, the attraction is best thought of as being like a pie, divided into six outer theatres with the circular core divided into six stages. The outer core with the audience in tow revolves around the inner stages, depicting the progress of technology and the hopes and fears of one American family as the world around them changes. The show is brilliant and charming and – hopefully – will remain a Disney Parks standard for many, many years.

I second David Loyd-Hearn nothing can touch Puy du Fou for the most incredible shows in the world!

Cinescenie at Puy du Fou, heck, anything at Puy du Fou; Ravelijn at Efteling; 7 at Phantasialand, all make Disney and Universal seem low rent. Check them out

I don't know if anyone else would have seen this, but when I was in Beijing I saw an amazing show called The Golden Mask Dynasty at Happy Valley. It combined Chinese opera with some amazing costumes, special effects and story telling. I'd rank it as the best show I've seen at any theatre, not just at any theme park.