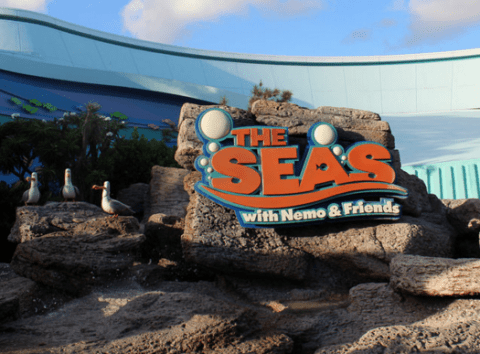 Disney can be very, very crafty when they need to be. You see, part of the Disney experience is that each time a guest comes to one of the company's theme parks, they expect there to be something new. And, while sometimes Disney spares no expense in creating the biggest and best new rides they can, other times, they opt for something of a "cheap" (or, at least, relatively low-cost) redesign.

At Walt Disney World, in particular, there are a few attractions that bear something of a striking resemblance to rides that occupied those spaces previously. In actuality, Disney kept the ride mechanism the same, but swapped out the theming in order to turn it into an entirely different ride. It's a pretty smart solution, certainly – but it has only really worked to varying degrees of success.

Let's take a look at a few of these reimagined attractions (leaving out simple swap-outs like 3D films and stage shows, or updates like Test Track and Star Tours) and compare them to the previous tenants in their show buildings.

Stitch's Great Escape has a fascinating history. Well, the ride itself doesn't, but its building surely does.

Opened along with the park in 1971, Flight to the Moon (later Mission to Mars) was the original attraction standing in this prime bit of Tomorrowland real estate. That show, simulating a flight into space, featured a tiered, theater-in-the-round-style seating arrangement for the audience, overlooking central projection screens in the floor and ceiling. When Walt Disney Imagineering decided to replace the attraction in the early 1990s, they opted to keep this style of seating for the new effects-heavy show: ExtraTERRORestrial Alien Encounter.

Alien Encounter opened officially in 1995 and spent the next eight years terrorizing young guests in the Magic Kingdom. The concept of the show was that park guests were invited to watch a demonstration of advanced alien teleportation technology, but when things didn't go according to plan, a vicious extraterrestrial wound up being teleported into the theater to wreak havoc.

Ultimately, negative guest feedback persuaded the Imagineers to remove Alien Encounter. But, rather than rebuilding a new attraction in its place, the choice was made to adapt the show into something more family friendly – something involving the beloved character Stitch. And, well, that's how we wound up with Stitch's Great Escape.

As you can see in the two videos above, the two attractions are nearly identical, using the same layout, effects, and even some set pieces from the original Alien Encounter (which still has a loyal cult following).

4. The Seas with Nemo and Friends

The Walt Disney Company lucked out when, in 2003, Finding Nemo was released to enormous box office success. Epcot's aquatic pavilion, The Living Seas, was in desperate need of a refurbishment, and the audience's love for Finding Nemo made the two items a perfect match.

The Living Seas' signature feature was, and always will be, its massive aquarium, so when Imagineers set about refurbishing the pavilion, they mostly just tinkered around the edges. The biggest change concerned the entrance to the pavilion. Formerly, guests would view a short pre-show film about the formation and history of the oceans. Following that, they'd journey down to “Sea Base Alpha” in a simulated elevator ride (called the Hydrolator). From there, the guests would board “Sea Cabs” that ultimately took them through the aquarium and to the pavilion's main exhibits.

Once rebranded as The Seas with Nemo and Friends, the attraction was different – but still much the same. The pre-show and “hydrolators” were removed, and the Sea Cabs were more transformed into a more fully-realized attraction using the aquarium's real sea life to help tell the story of Finding Nemo.

While the new ride is extraordinarily well-themed and uses modern projection technology, the ride-mechanism itself is sill just a classic Disney omnimover – and it just so happens to follow mostly the same path as the old Sea Cabs.

Much like Stitch's Great Escape across the street, Buzz Lightyear's Space Ranger Spin uses the same layout and ride-mechanism as its predecessors – stretching all the way back to 1972.

The original attraction, If You Had Wings, was an aerospace-themed omnimover similar in thematic structure to Disneyland's iconic Adventure Thru Inner Space. In 1989, the ride was extensively renovated into another omnimover show about air travel called Delta Dreamflight. Dreamflight (later Take Flight) used the exact same ride-system and track layout as its predecessor, but almost all of the theming in the attraction was replaced. Then, when Delta's sponsorship of the attraction ended in 1996, Disney began thinking about fully renovating the ride into something new.

And, in 1998, Tomorrowland opened Buzz Lightyear's Space Ranger Spin – which uses the exact same track configuration as If You Had Wings and Dreamflight. In fact, if you're an aficionado of the Buzz Lightyear iteration of the attraction, take a moment to watch the video of Dreamflight – you should be able to notice how awfully similar the two attractions are.

You know, minus Evil Emperor Zurg.

I loved Alien Encounter, the Original & once again Tiki Room. Wish they would return Alien Encounters. As for the Living Seas, Nemo & Friends is better in my opinion and I always thought both Delta Dream Flight & Buzz Lightyear's Space Rangers were/are boring.

I would love to see the original Figment back as well as original Living Seas. It goes with out saying that I truly do Miss Horizons and World of Motion.

I truly loved the old figment. It needs to come back

I want them to bring back the original Journey into Imagination so badly. I never got to go on it, but the original had so much more of a story and so much more magic. I love Figment (always have) and hope that someday they'll bring the old ride back.

Is it me or would anyone else like to see all the originals return??