Waiting in lines is no fun, and chances are you're organizing your Disney trip to minimize the time you spend in line — but that could be a mistake. Disney puts the same detail into theming queues as it does into any other aspect of the park, and sometimes skipping the line can mean missing out on some hidden Disney treasures.

If you're looking for lines that are worth waiting through, check out our favorite Disney queues. 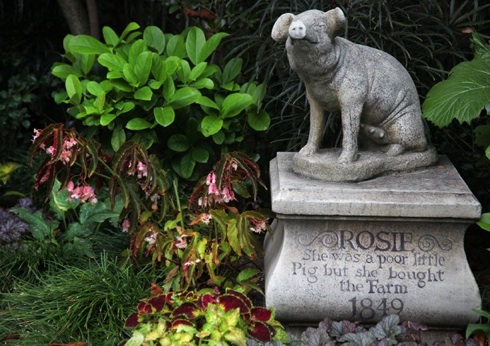 No matter which park you're at, the Haunted Mansion has a queue packed with details and nods to Disney history. Most versions of the ride feature a cemetery and/or pet cemetery you wind your way through on your way towards the house itself, and on the tombstones are puns, jokes, and references to the Imagineers that worked on the ride — giving you plenty to look at while you wait.

However, the Magic Kingdom's interactive queue definitely beats out the others. Like the queues of most mansions, it's themed like an elaborate graveyard, but here you can choose to go through the interactive queue (longer, but more fun) or just wait in a standard line. If you head to the interactive queue, you'll find tombs with engraved instruments that play sound when you press them, a sea captain's tomb that leaks water (and occasionally sings sea shanties), the tomb of a poetess who needs your help to finish a poem, a Madame Leota bust that occasionally opens its eyes to look around and, of course, plenty of the pun tombstones you've come to expect from the mansion. 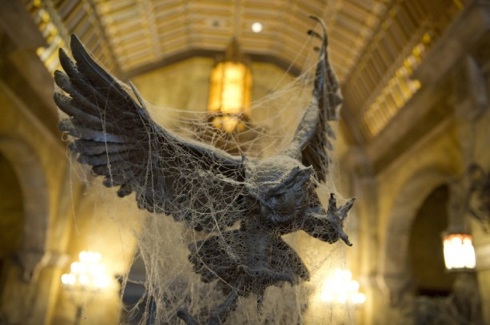 Though it doesn't have the great interactive elements you'll find in the Magic Kingdom's Haunted Mansion, the Tower of Terror queue — whether you're in California, Florida, Paris, or Tokyo — is packed with details that help tell the hotel's tragic story. The hotel's exterior is always beautiful but rather run-down, with overgrown gardens. And once you make it into the hotel's lobby, you'll find lots of little details: there's mail waiting to be delivered in the slots behind the front desk, cups of tea forgotten, an abandoned game of mahjong, and numerous personal possessions scattered around.

The fact that everything is covered with a heavy layer of dust and plenty of cobwebs suggests a bustling  space where everyone left suddenly, never to return — which perfectly sets the stage for the story to follow. 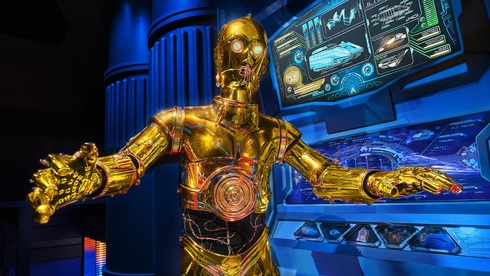 Star Tours can be a long wait, but it's never a boring one, especially in the newly refurbished Star Tours: The The Adventures Continue ride. Though the exterior queue isn't particularly noteworthy (especially at Disneyland, where it simply zigs up and down the main concourse of Tomorrowland), once you get inside the building you'll find that even the queue is something that was worth waiting for.

Inside, there are tourist videos playing for a wide range of Star Wars locations (giving you a preview of where your ride might take you), classic characters C-3PO and R2-D2 bickering with each other, and a variety of other droids working to scan luggage and passengers, with entertaining banter throughout. There's enough variety in the queue that you never see exactly the same thing from wait to wait, so it's always an entertaining time, even if you are just waiting in line.

4. Indiana Jones and the Temple of the Forbidden Eye 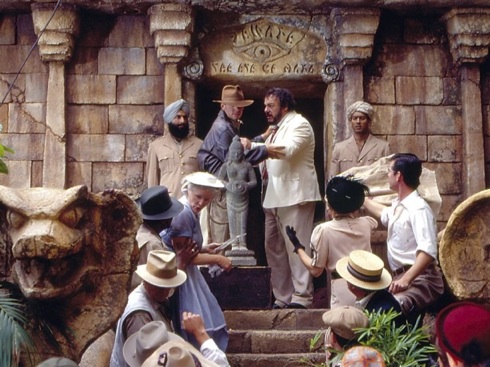 The wait for this Indiana Jones adventure can be a long one, so it's a good thing the queue is perhaps the most elaborately themed at the Disneyland Resort. You start out by winding through the jungle of the exterior queue (right next to the Jungle Cruise) before heading into the Temple of the Forbidden Eye itself. Once inside, it's not just a line: you're in the middle of an archeological expedition as you venture through caves and down hastily reinforced tunnels.

It's a long trip (the ride itself is located beyond the park berm, so you have some distance to cover), and as you go you'll find ancient artwork, bones (are those human bones?!), and treasures from the temple that are in the process of being packed up for shipment to museums.

Here's a tip: if you see a sign warning you not to do something, you should probably do it — this is where most of the queue’s interactive elements hide, like a spiked tunnel ceiling that will drop towards you if you push on a bamboo support. Towards the end of the queue, there's a newsreel playing — featuring John Rhys-Davies reprising his role of Sallah from Raiders of the Lost Ark and The Last Crusade. All in all, this really sets the tone for the ride to follow... and it's quite an adventure in and of itself.