Behind the Ride: 6 Mind-Bending Tricks Employed by Disney's Tower of Terror 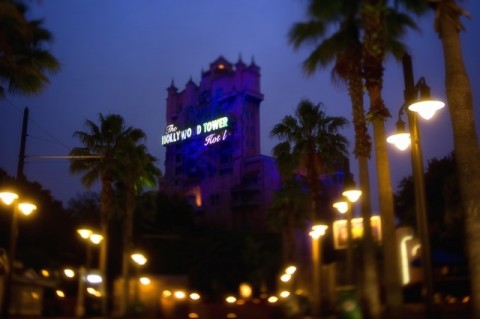 Back in the early 1990s, Disney-MGM Studios was facing criticism from the press and some visitors. The park had debuted in 1989 to huge crowds, but only offered a handful of attractions. This was by design - Disney CEO Michael Eisner had deliberately opted to make it a "half-day park", keeping the cost low but still encouraging Walt Disney World guests to stay for an extra day.

By 1991, rival Universal Studios Florida was firing on all cylinders after its disastrous debut a year earlier. Attendance at the park would eventually surpass that at Disney-MGM Studios, and Disney put into place rapid expansion plans. This included the addition of a Muppets-themed area and several smaller attractions. The vast majority of Disney's budget, however, would be spent on a thrill ride to match those over at Universal's park.

The result was the Twilight Zone Tower of Terror, an attraction that is still considered by many today to be Disney's best ever. The Imagineers took a simple concept - a drop tower - and turned it into a complex dark ride with some of the most detailed and convincing theming ever seen. 20 years later, first-time guests still sometimes mistake its facade for that of a real hotel.

Riders step straight into an episode of The Twilight Zone. After passing through the lobby of the enormous Hollywood Tower Hotel, they are informed via a pre-show video that the hotel was struck by lightning decades ago, sending some of its occupants spiralling into the Twilight Zone. Guests are about to take that same journey, via a very unusual service elevator.

Following the success of the original Twilight Zone Tower of Terror, versions of the ride were installed at Disney California Adventure (in 2004), Tokyo DisneySea (minus the Twilight Zone theme, in 2006) and Walt Disney Studios, Paris (in 2007).

Despite its age, the Tower of Terror remains one of the most impressive theme park rides ever constructed on a technical level. In the first of a series of articles that will go behind the scenes on some of the world’s greatest theme park rides, let’s take a look at some of the tricks that are employed by this classic attraction. 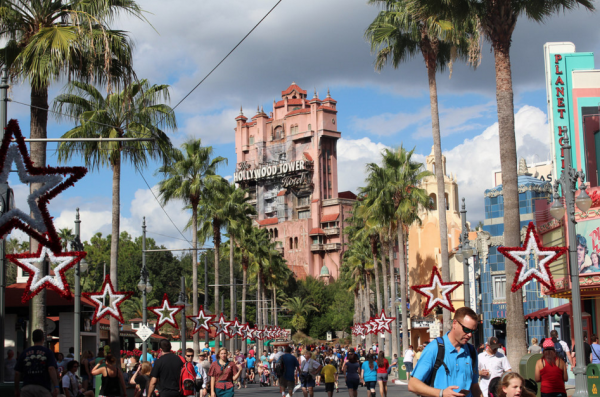 The experience: From the front of the hotel as they approach it, guests see a window with a light in it. Is this a guest room at the famed Hollywood Tower?

The trick: This is just a dummy room to add to the impression that this is (or was) a real, working hotel. In his autobiography, former Disney CEO Michael Eisner reveals that he suggested that the Hollywood Tower Hotel be an actual hotel, as well as hosting the Tower of Terror. This proved to be impractical.

The experience: After passing through the hotel’s lobby, guests enter the Hollywood Tower Hotel’s library. There, they watch a pre-show video that is seemingly presented by former Twilight Zone host Rod Serling. Serling, of course, died in 1975 – almost two decades before the ride opened.

The trick: The footage in the pre-show was taken from the episode It's a Good Life. The opening lines from the TV show are spoken by Serling himself. However, an impersonator named Mark Silverman narrates the remainder of the video. He was handpicked by Disney's Imagineers and Serling's widow, Carol. The Imagineers spent many hours lining up the lip sync with the footage of Serling, and degrading the digitally recorded dialogue to match the 1960s analogue sound quality of the original show.

4. Staring down a loooooong corridor at ghosts 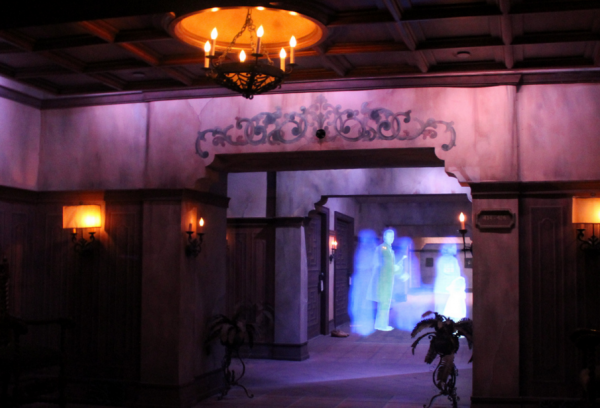 The experience: As they climb in a service elevator towards the top of the Hollywood Tower Hotel, riders witness a scene in one of the hotel's corridors in which ghostly figures of former hotel guests beckon them into the Twilight Zone. The spirits are then zapped by lightning, and the room transforms into stars and empty space, with the exception of the window at the end of the corridor. This then smashes.

The trick: There are really two separate tricks at play here. The first one is "Pepper's Ghost", which is famously used in the Haunted Mansion's ballrooms scene. The ghostly figures are projected via a mirror onto a diagonal sheet of glass, giving our brains the impression that they are right in front of us.

The Pepper's Ghost trick is used once again to show the window morphing and smashing, in combination with fiber optic lights that are used to represent the stars

I got to experience the "penny trick" when I rode this as a kid...but not on purpose!! When we dropped, my glasses started hovering themselves off of my face! I caught them before they got too far and held onto them as best I could while also screaming my head off. It made for one of the best ride photos I've ever taken: my family having a great time, me looking petrified, mouth a big screaming O, both hands gripping the sides of my head, trying to hold my glasses onto my face for dear life! We bought it immediately. I think my dad still has it!

I do not think Disney influences what they want you to think. I think your mind influences of what you expect (or not)thus-mind over matter. The key is to stimulate your thought process through fear, and then embracing it as an accomplishment, thus it's a test of courage, not to the body , but to the mind and things are perceived.

Thanks for the insights! Love learning how Disney tricks our minds into thinking what they want us to think. Makes the ride that much more impressive to us.