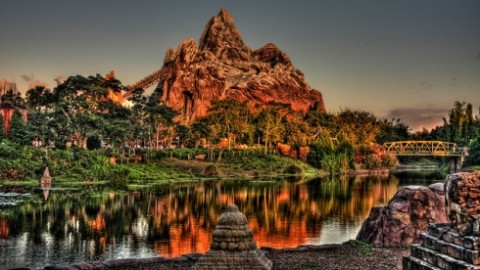 Disney’s theme parks operate on a scale unmatched by any other theme park operator. Each of the company’s resorts employs tens of thousands of Cast Members, welcomes millions of guests annually and serves up tens of millions of drinks, meals and snacks every year.

In what may become a regular feature, we’ve picked out 5 of the most intriguing facts to share with your friends and family during your next visit.

Editor’s note: We’re currently experimenting with a number of potential new regular features here on Theme Park Tourist. Let us know in the comments if you’d like to see this particular feature become a regular fixture.

Different sources quote different sizes for Disney's various theme parks. For example, Disney's Animal Kingdom is frequently cited as being the largest theme park in the world at 580 acres. However, some areas of the park are as yet undeveloped or not accessible to the public. Disney's own website claims that the park covers either 500 acres or 403 acres. We've gone with the lower figure to be on the safe side.

Here’s a complete rundown of the sizes of Disney’s various theme parks: 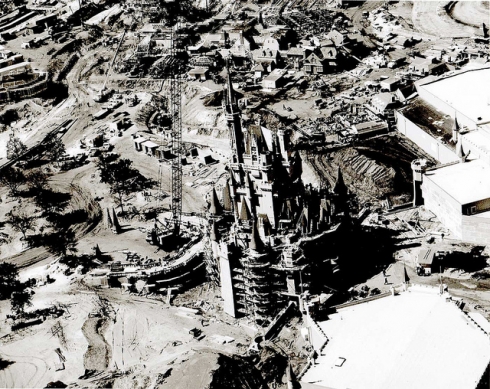 Cinderella Castle is the iconic fairytale image of the Magic Kingdom, rising to a height of 189 feet tall. This is just short enough to keep it below the Federal Aviation Authority's 200-foot limit, beyond which buildings must display a flashing red light at their top.

The castle took 18 months to construct. The inner structure consists of a 600-ton steel-braced frame, while a 10-inch-thick reinforced concrete wall encircles it to the height of the outermost "stone" walls. Most of the exterior of the building was built using fiber-reinforced gypsum plaster, with fiberglass being used for the walls of some of the ornate towers. The towers consists of plastic attached to a cone of steel, and were lifted into place by a crane before being bolted onto the main structure.

The castle uses "forced perspective" techniques to appear larger - as it gets taller, its width gets smaller. This has the added effect of making fireworks that explode behind it look larger and more impressive.

The luxurious Cinderella Castle Suite sits in the upper floors of the castle. Unfortunately, you can't make a reservation for the suite. You can't even join a waiting list. You have to win your stay. 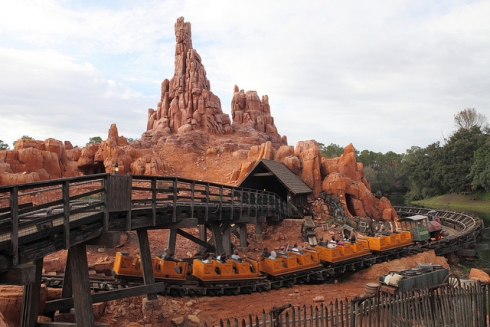 Ever since the Matterhorn opened at Disneyland in 1959, Disney has become something of a specialist at building fake mountains. These towering structures are largely built using steel and concrete, but you'd be hard-pressed to tell them from the real thing at first glance. Particularly as you'll usually be racing past them on a roller coaster or some other contraption.

There are 21 mountains in place at Disney's theme parks at present, with several more under construction at Shanghai Disneyland. In the real world, mountaineers like to take on the "Seven Summits" challenge, scaling the highest peak on every continent. Disney fans could take on a similar challenge, attempting to scale all of the company's faux mountains.

We're a little dubious about some of theheights that Disney lists for its mountains. For example, we really doubt that Big Thunder Mountain is 90+ feet taller at the Magic Kingdom than it is at Disneyland, but that's what Disney's stats claim. The explanation is that sometimes Disney lists the height from sea level (as at the Magic Kingdom), and sometimes it lists it from ground level (as at Disneyland).

Here are the five tallest Disney mountains (you can find a full list here):

I've never heard of a Forbidden Mountain at AK! I've been there and never saw a mountain!

Never mind-it's apparently the one for Expedition Everest, which of course was built the year after I went!

I definitely would love to see this become a regular feature. I love finding little tidbits of info like this about the Disney parks so I would gladly read more in the future!

I hope u continue to send out facts about Disney. I love to read anything about Disney & its history.

I hope u continue to send out facts about Disney. I love to read anything about Disney & its history.