The 7 Best Times to Find Seasonal Treats at Disney Parks 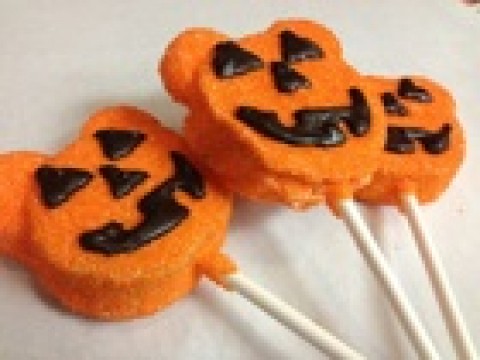 While you know Disney parks get decked out for the holiday season, you might not consider that their menus get the same treatment — with seasonal goodies you have to show up at the right time of year to get a taste of. And while you're sure to find tasty treats no matter what time of year you head to the park, at certain times of year you're guaranteed to find something extra special.

These are some of our favorite times of year to visit Disney parks and get our munch on. Yum! 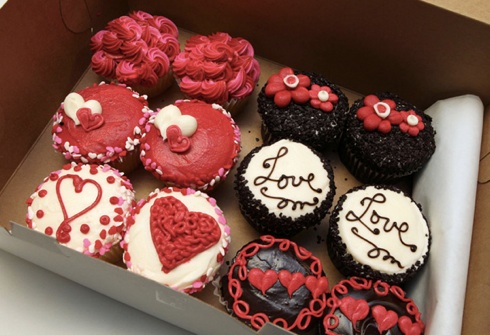 The name of the Valentine's game is chocolate — the more elaborate, the better — and Disney doesn't disappoint. You'll always find holiday mainstay like chocolate-covered strawberries, chocolate cake, decorated cookies and cupcakes, and special menu items at select restaurants. It's in presentation that Disney tends to go over the top: last year, Animal Kingdom Lodge's Valentine's Day treats were arrayed on a 6-foot-long chocolate-coated table with edible chocolate signs.... though we can't recommend eating everything that looks good enough to eat (remember, that table is only chocolate-coated!). 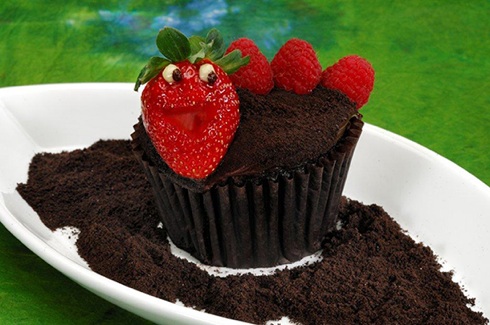 You might not have Earth Week down on your calendar as a major holiday, but it's the only time of year you'll find Worms & Dirt tarts and cupcakes. While neither worms nor dirt sound particularly appealing as foodstuffs, never fear: the worms are of the gummy variety while the dirt is chocolate cookie crumbs. Everything else is chocolate and fruit — certainly worth sampling if you're at Disney World in April! 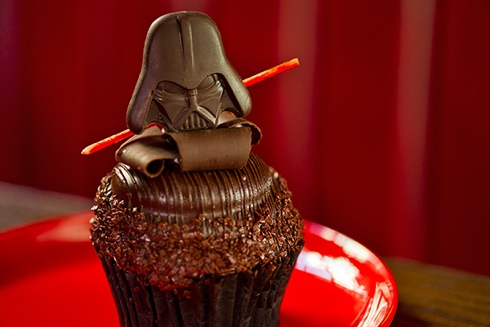 You probably go to Star Wars Weekends at Disney's Hollywood Studios for the Star Wars entertainment, with a bounty of Star Wars-themed live shows, parades, and fireworks, as well as guest appearances from the Star Wars cast. But there's good eats to be had, too, with chocolate and peanut butter Darth Vader cupcakes as well as anything you'd like to eat served up in a collectable R2-D2 bucket. Our favorite R2-approved treat is definitely the bucket of churros with chocolate dipping sauce — and the R2 bucket makes it easy to carry with you, no matter where you’re headed. 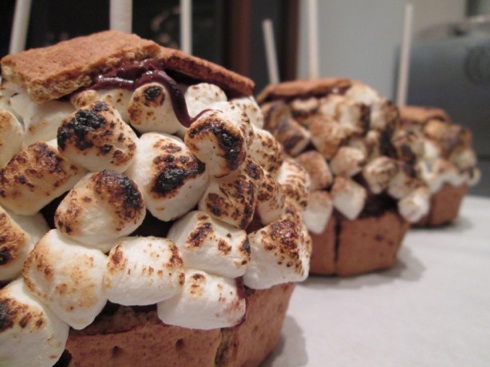 Summer vacation is a traditional time to head out to the parks, and there are treats to match — like the s'more candy apple from Disneyland that's shown above. Yes, there is an apple inside that monstrosity, it's just covered in chocolate, graham crackers, and toasted marshmallows for a more elaborate version of this campfire staple. The 4th of July, especially, has plenty of all-American goodies to sample, like the apple pie cupcake (vanilla with apple pie filling, buttercream frosting, and apple crisp topping) at Hollywood Studios or the peach cobbler you'll find at Epcot's Garden Grill.

And don't forget the drinks, like the red, white, and blue mojitos (in your choice of red berry, classic lime, or blueberry-lemon) at Hollywood Studios or "The American" red, white, and blue striped cocktail (with white tequila, St. Germain Elderflower liqueur, and watermelon syrup) served on the Disney Cruise Line.