All-Star Roundtable: 5 Reasons Why Universal's Diagon Alley is NOT a Flop 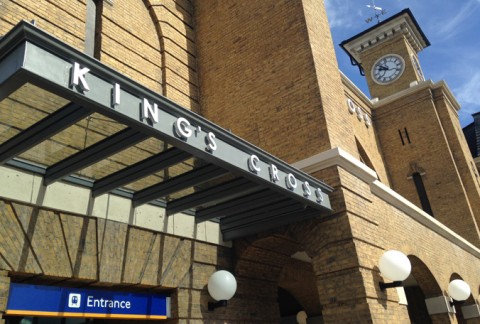 It’s been nearly two months since the Wizarding World of Harry Potter – Diagon Alley opened at Universal Studios Florida, and the theme park industry’s ability to gauge its popularity – and, therefore, its successfulness – has been limited, at best.  With overall waiting times strangely low, some stores mysteriously empty, and the throngs of crowds inexplicably non-existent, what are we to make of Universal’s approximately $400 million expansion?

And, perhaps more importantly, what can such hypotheses tell us of the theme park fan base?

To answer these questions, we’ve assembled some of the most insightful minds in that community:

Let’s see what’s really happening behind that London façade and find out why Diagon Alley is, in actuality, more successful than it looks.

There's been a lot of commentary – I'm loathe to use the word controversy, for obvious reasons – regarding Diagon Alley's first month of operation, and such talk has started me down the path of questioning how much is real, how much might be valid, and how much the perceptions (and colorings) of fanboys play a factor.

Lines all throughout Diagon Alley – with the obvious exception of Harry Potter and the Escape from Gringotts, of course – appear to be down, particularly compared to Hogsmeade's opening period.  Rumor has it that the sales expectations / budgets of certain stores in the land have been consistently missed.  And then there's the Hogwarts Express, which Universal was so certain would be a money-maker that it significantly raised the price of its park-to-park tickets by a considerable amount and which typically sees only a 10- or 15-minute wait throughout a good chunk of the day. 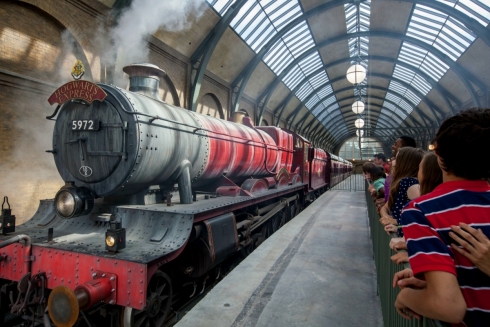 So what's going on here?  Has Universal really learned its lesson about efficiency and through-put and other behind-the-scenes maneuverings, or does, perhaps, the last-minute announcement of Diagon Alley's opening date play a role here, pushing back the huge crowds 'til later in the year?

And what do the reactions we've seen across forums and social media tell us about the nature of theme park fans?

1. It’s too hidden for the average guest to find 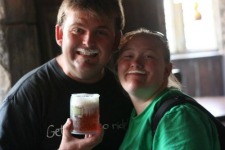 Erik Yates, Behind the Thrills editor-in-chief:

I think the biggest reason for the slower performance is that, unlike 2010, Universal gave only three weeks’ notice for the grand opening.  Three weeks is not a lot of time to plan a vacation in the middle of the summer.

As for the first initial impact, I think they missed the major mark.  The real test of the success is most likely going to be Christmas.  While Hogsmeade saw huge waits most of the summer of 2010, it wasn't until Christmas that they had to seriously get crowd control down to a science.  I also think that part of the reason the lines aren't as huge is that they have gotten crowd control down to a science… for the most part.

One other huge factor is that Universal did their job too well.  Diagon Alley is a very immersive environment, so much so that you can't see anything Harry Potter-related from the outside; Universal has hidden it so well that tourists walk right by it and, usually, directly to Hogwarts Express.  Even when inside, the only visible sign that there is an attraction is the dragon atop Gringotts Bank.  In Hogsmeade, not only do you have the castle, but also three coasters to reel people in visually. While the whole idea of Diagon Alley is to be hidden from Muggle eyes, it just doesn't seem to translate to an attention-grabbing theme park addition.

At the risk of sounding rude, I submit that anyone seriously claiming that Diagon Alley is a "failure" or "disappointment" deserves to have their theme park commentator card permanently revoked, and should have all their future pronouncements summarily ignored.  All my reliable sources state that Universal is having a record-breaking summer, which should be reflected when third quarter revenue and attendance increases are reported.

The problem with judging popularity based on how long queues appear is that Universal has exponentially improved their capacity and crowd control since 2010. You don't see the big lines clogging walkways like they had at Islands of Adventure because they are doing a superior job of managing guest flow this time around, and because (despite having a similar overall acreage) Diagon Alley can comfortably contain nearly twice the population of Hogsmeade.

In addition, Hogsmeade was the first significant addition to IOA since it opened, while USF has added Despicable Me, Transformers, and Springfield recently, all of which serve as "speed bumps" to divert crowds from Diagon Alley.

As for merchandise, product mix and pricing is seeing some adjustment, as is expected in any new retail outlet; look for some exciting new items to arrive in the next few weeks.  While some products and locations may be less popular than initially anticipated, others are more than making up for them.  Just like Universal paid off Hogsmeade with a few months’ worth of Butterbeer sales alone, they are on track to do the same for Diagon with ice cream.

Also keep in mind that volume is less important than profit margins; there are many more high dollar items at Diagon that don't need to fly off shelves in order to bring in healthy revenue. And than's not even getting into Gringotts bank notes, which are literally a license to print money, since most buyers keep them as souvenirs rather than spend them. 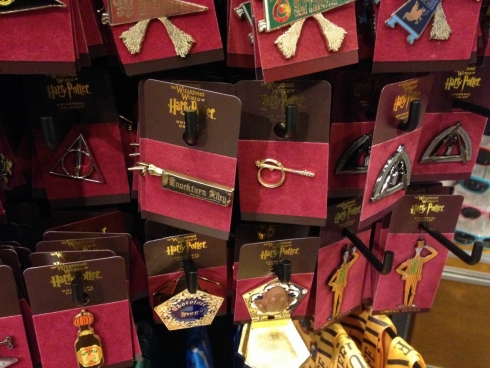 The one store that is likely below projections is Wiseacres (along the Gringotts photo counter), simply because the ride that feeds them hasn't been operating up to capacity.  However, that situation is improving on a daily basis, and should be long forgotten in a few months.

As for Hogwarts Express, the modest lines in the mornings are a result of guests being tied up inside Gringotts and hourly capacity far exceeding initial expectations.  Park-to-park prices were increased partially to dampen demand, but there is still a steady stream of guests upgrading their passes at the train stations.  And even when there is only a one- or two-cycle wait to board, nearly every train is dispatched full, and, recently, waits have been exceeding 45 minutes in the afternoons.  With a combined throughput of about 3,000 guests per hour, more people have been riding the Hogwarts Express on a daily basis than visiting all of Animal Kingdom.

If TEA/AECOM's attendance numbers for Disney weren't so chronically overestimated, I'd expect Universal Studios Florida to surpass both Disney's Animal Kingom and Disney's Hollywood Studios in the next report.  Plus, we aren't considering the high occupancy rates at all of Universal's hotels (especially Cabana Bay Beach Resort), in contrast to Disney's diminished percentages, particularly at their deluxe resorts.

I think it's very fitting – and ironic! – that this news story should break in the middle of our conversation.  =)

Erik Yates, Behind the Thrills editor-in-chief:

I am extremely hopeful for the popularity of the new land.  It is arguably one of the best-themed areas that Universal (or any theme park, for that matter) has ever done.

While Seth's inside sources are very encouraging, it's not going to be official until some kind of sales figures are announced at the end of the third quarter, at the very earliest.  It's also going to have to wait until the attendance reports are released next year to see what the full impact of Diagon Alley is.

A million riders on the Hogwarts Express less than a month after the official opening is very encouraging, as well as impressive.  Like Seth said, the fact that the attraction has seen over a million riders and has not seen anything more than a 30-minute wait is a testament to the lessons that Universal has learned with crowd control over the past four years.

Still, if there is a problem, it's with the long line of Gringotts.  That is the area’s only signature attraction.  If guests see a long wait, it's possible they will just opt out of going into Diagon Alley altogether and head straight for the train instead.

At this point, it's all just conjecture, and it will be very interesting to see what the actual story is once the numbers are revealed.