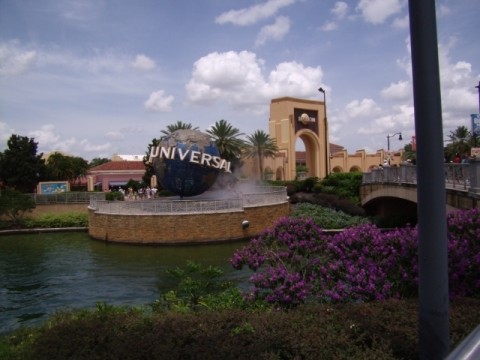 Universal Orlando is sometimes known as “The Little Park That Could” for its ability to survive a disastrous opening day. It went on to become a highly respected theme park complex that gives Walt Disney World a run for its money.

In the modern era, with 7-hour waits for the new Gringotts ride, it is hard to imagine that Universal ever made a wrong step. Yet things looked bleak during the early 2000s, when corporate culture and moneymaking seemed more important than maintaining a cohesive guest experience.

The 1990s: Expansion and Changes 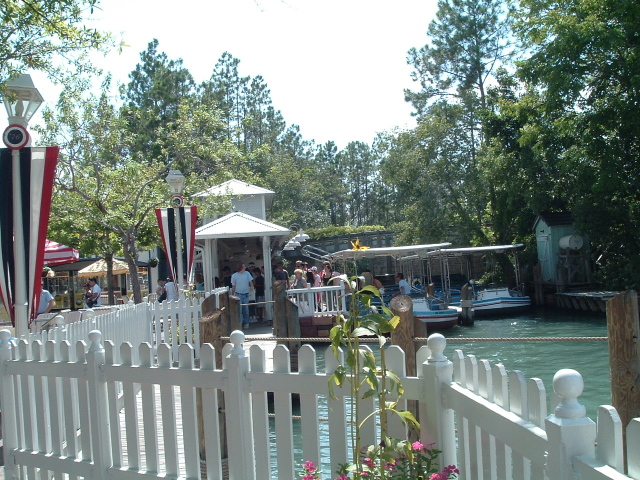 Universal Orlando’s original parent company, MCA, believed strongly in the theme park division. They were unafraid to take risks, spend money and listen to feedback from both park visitors and front-line employees. With strong backing from their parent company, management and staff pulled together to fix the problems and bounce back from the park’s opening day nightmare.

Despite changes in ownership, the 1990s were a time of broad expansion and needed changes. Minor attractions were tweaked or replaced in response to guest feedback, and new adventures opened. A 3-night party called Fright Nights (1991) soon morphed into Halloween Horror Nights, one of the most respected Halloween events anywhere in the country. Other major successes included the 1991 opening of Back to the Future: The Ride and the triumphant return of Jaws in 1993, following nearly 3 years of rebuilding.

Guests questioned some moves, such as the decision to replace the popular Ghostbusters with an attraction based on Twister. Another questionable act was the demolition of the Bates Mansion and Psycho House, both built for the filming of Psycho IV: A New Beginning, to make room for a new KidZone. For the most part, however, the mood was one of expansive optimism.

The ultimate triumph of the 1990s came in 1999, with the opening of the second gated theme park, Islands of Adventure. One of the most technologically advanced theme parks of its time, Islands poised Universal Orlando to become a serious competitor in the crowded Orlando market. A new shopping, dining and entertainment complex called CityWalk opened at the same time, immediately drawing nightlife seekers from Disney’s Pleasure Island. 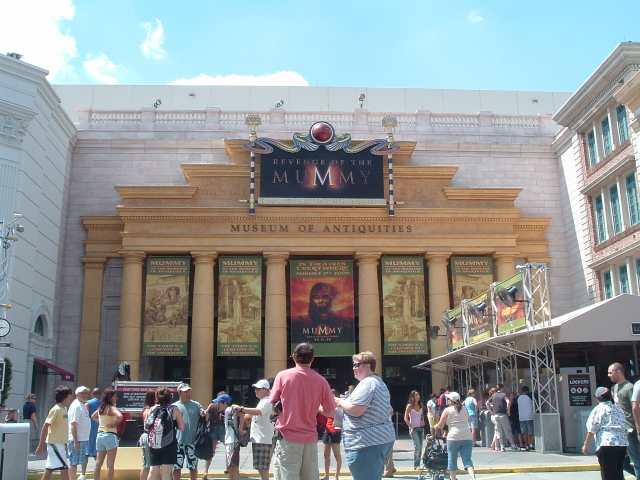 The terrorist attacks of September 11, 2001, had massive effects on the global tourism industry, and Universal Orlando was no exception. Amid very low attendance and empty hotel rooms, Universal also had the problem that many of its attractions were based on disasters. Kongfrontation, for example, portrayed a King Kong attack on New York City. To compensate for both subject matter and the inevitable staff layoffs, some attractions were briefly placed on seasonal status. Halloween Horror Nights, scheduled to open just weeks after the attacks, was completely redone to remove most of the blood and gore.

As tourism rebounded, however, Universal began tearing out classic attractions and replacing them with “the next big thing.” Almost invariably, that “next big thing” turned out to be a flash in the pan without the staying power of the original attraction. Kongfrontation and The Funtastic World of Hanna-Barbera were the first to fall, in 2002. They were replaced by Revenge of the Mummy: The Ride and Jimmy Neutron’s Nicktoon Blast respectively.

That same year, Earthquake: The Big One was extensively retooled to remove much of the connection to the 1974 film, “Earthquake,” and shoehorn in props from other movies. The result was an incoherent mess that left both guests and staff members confused, and the ride was completely rethemed as Disaster: A Major Motion Picture Starring…You in 2008.