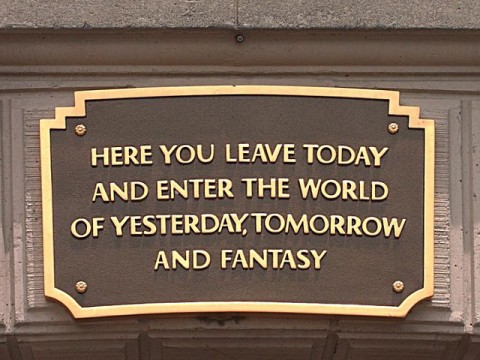 Disney set the standard for the modern theme park. Walt wanted to differentiate his parks from the dirty, dangerous carnivals of his time, so he set out to create a wonderland of cleanliness, safety and efficiency. But what really made the Disney parks special was the utter immersion in the magic, or what fans have termed the “Disney Bubble.” Each park and each land was carefully crafted to tell a cohesive story.

In the early days, ride tickets forced guests to make a choice about which attractions they would experience. After all-inclusive passes were introduced in the early 1980s, however, visitors were free to do it all. In those days, before FastPass, everyone stood in line for each attraction. Disney was aware of this, and built fantastically themed queues that served as prologues to the main attraction. The popular wisdom was to do each park in a circle, preferably starting to the left since most people automatically turned right. As you came to a new land, you thoroughly explored that land before moving on. You could wander into virtually any table service restaurant and expect to be seated within an hour, or grab counter service food within a few minutes. At the end of the day, you left with the feeling that you had experienced something truly special.

Today, FastPass Plus has us all booking specific attractions up to 60 days before we ever set foot in the parks. Walt Disney World is testing a Standby Plus system that would practically prevent people from entering the Standby line at all. Table service dining is almost impossible to come by unless you book it a full six months before your visit, and counter service lines are often long. We’re all using the My Disney Experience app on our smartphones rather than looking at what is right in front of us, and a Walt Disney World vacation can feel like a carefully timed marathon rather than a relaxing getaway.

How did we get here? What happened over the years, and how did it impact the magic? Here are we little ways that Walt Disney World has gradually lost some of its immersive feeling, that I hope will eventually be addressed.

Editor's note: As usual for editorial articles, the views expressed here are Lisa's own and not necessarily those of Theme Park Tourist as a whole. 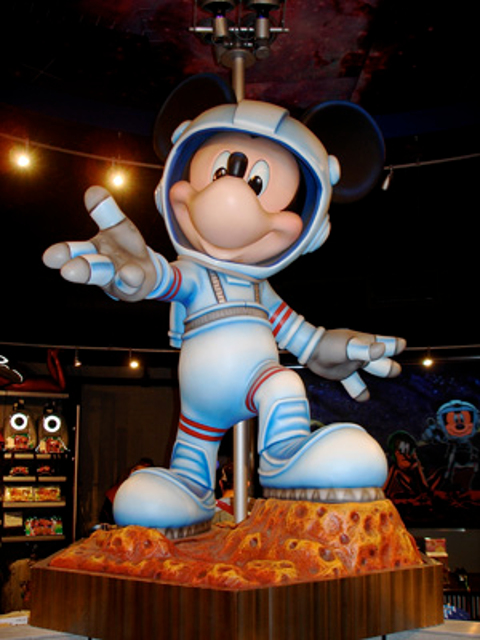 Epcot opened as EPCOT Center—the Experimental Prototype Community of Tomorrow. It was designed as an educational park, specifically offset from the entertainment focus of the Magic Kingdom. Rather than shoehorning in the existing characters, EPCOT Center had its own—the bearded Dreamfinder and his purple baby dragon, Figment, along with the SMRT-1 interactive robot. They starred in their own attractions, Journey Into Imagination and Communicore respectively, while also serving as EPCOT Center icons. Hugely popular, the trio drew families in and helped them understand the very different focus of the new park.

When Michael Eisner took the reins in 1984, he immediately went in a different direction. The so-called Fab Five classic Disney characters were brought in, now wearing 1970s-style spacesuits. This set the stage for sweeping changes designed to make Epcot more “family friendly.”

For reasons that were never quite explained to the general public, in 1994 EPCOT Center received an official name change to “Epcot 94,” and a giant Mickey hand with the Epcot 94 logo was installed above Spaceship Earth. The logo was changed to “Epcot 95” and then eventually just “Epcot,” and the giant hand remained above Spaceship Earth until 2007. The hand is gone, but the characters remain. Donald Duck holds court in Mexico’s boat ride, princesses lurk in every corner, and rumor has it that Norway’s Maelstrom will close in September 2014 to make room for a new attraction based on Frozen. 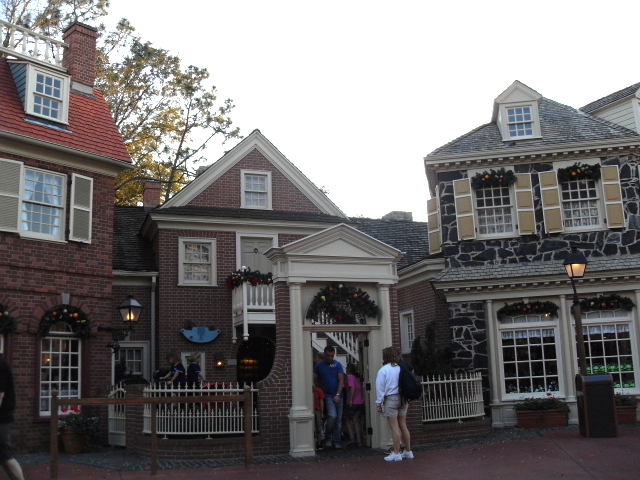 Did you know that Walt Disney World used to issue shopping passes? If you wanted to purchase an item, you could give a credit card deposit and enter a park. As long as you were back within an hour, your deposit would be refunded.

The shopping pass came about because each shop in each park sold exclusive merchandise that was not available anywhere else. If you spotted something in Adventureland, for example, you couldn’t pick up the same thing at World of Disney. The carefully selected merchandise fit the theme of the land, the attraction and even the individual store.

During the 1990s, however, park merchandise fundamentally changed. Individual “finds” were out in favor of mass production. Suddenly it seemed that every shop carried the same things, and the quality was rarely higher than that of the Disney logo merchandise at Wal-Mart. While that is slowly beginning to change, and unique new items are being introduced, the homogenization of merchandise was a major factor in losing a bit of extra immersion that Walt Disney World once offered.