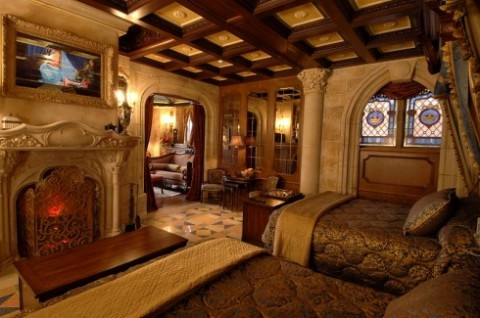 Disney offers some truly amazing hotel rooms at its various resorts around the world. But there's one that most Disney fans dream of staying in above all others. Originally conceived as a place for Walt Disney to stay at the Magic Kingdom when visiting with his family, the Cinderella Castle Suite sits on the upper floors of the Magic Kingdom's iconic castle. Walt, of course, passed away before the park opened. The space set aside for the suite was therefore used for storage and as a call center over the following 40 years. In 2006, though, Disney announced that it would transform the area into a single, luxury suite. The move was made ahead of the Year of A Million Dreams promotion that launched in 2007, with the Cinderella Castle Suite to be one of its most impressive and talked-about elements. The suite can sleep up to six people, and is housed up on the fourth floor of the castle. To reach it, guests take a special elevator. It covers 650 square feet, making it smaller than some might imagine. 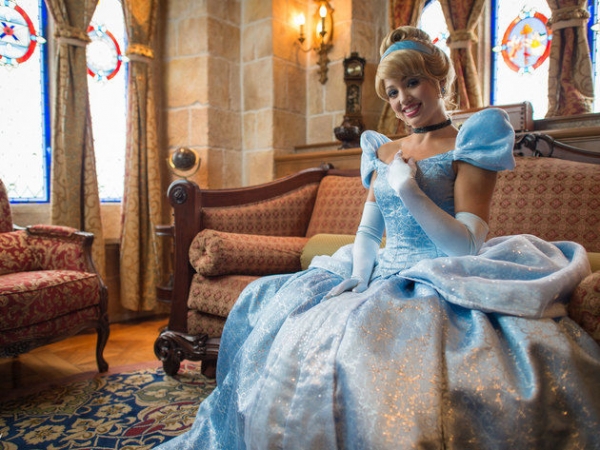 The stunning bedroom is truly fit for a king and queen. It boasts two queen-sized beds (appropriately), each featuring a custom-designed headboard decorated with a Cinderella crest. The beds face an ornate fireplace, weighing 600 pounds. This is made of limestone, and is in a 17th century gothic style, molded from a original wooden fireplace in France. Fiber optics are used to create a convincing "fire" effect, which can be switched on and off via a remote control.

The impressive bathroom features sinks made from hand-hammered copper and silver leaf. The ceiling boasts "twinkling stars", and the windows are made of stained glass. The highlight, though, is the custom-made jacuzzi, complete with multiple jets, a waterfall faucet and chromatherapy lighting.

The suite's final room boasts a magic mirror, based on a French design. Like the Cinderella portrait in the bedroom, this transforms into a television. The custom-designed sofa-bed features French-style carved details, while the stained glass windows tell the story of Cinderella and look out towards the Prince Charming Regal Carrousel in Fantasyland. There are hidden draws and cupboards in the mirrored space in the parlor, with one opening up to reveal a DVD player and refrigerator. In summary: it's a truly stunning hotel room in an absolutely unique location - but there's one problem. You'll probably never stay in it. Here are 4 reasons why...

4. You can't make a reservation 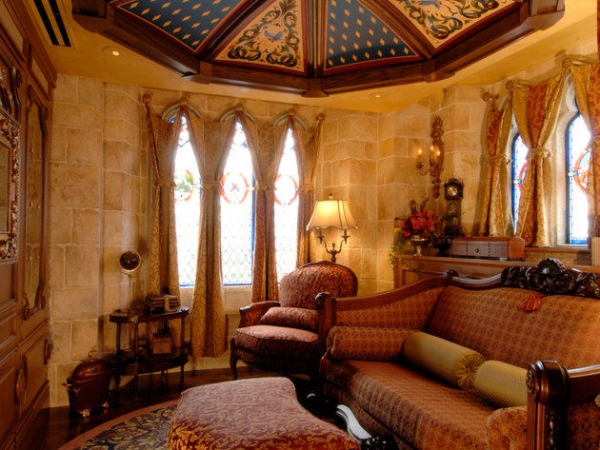 Unfortunately, you can't make a reservation for the Cinderella Castle Suite. You can't even join a waiting list.

3. The Year of a Million Dreams is over 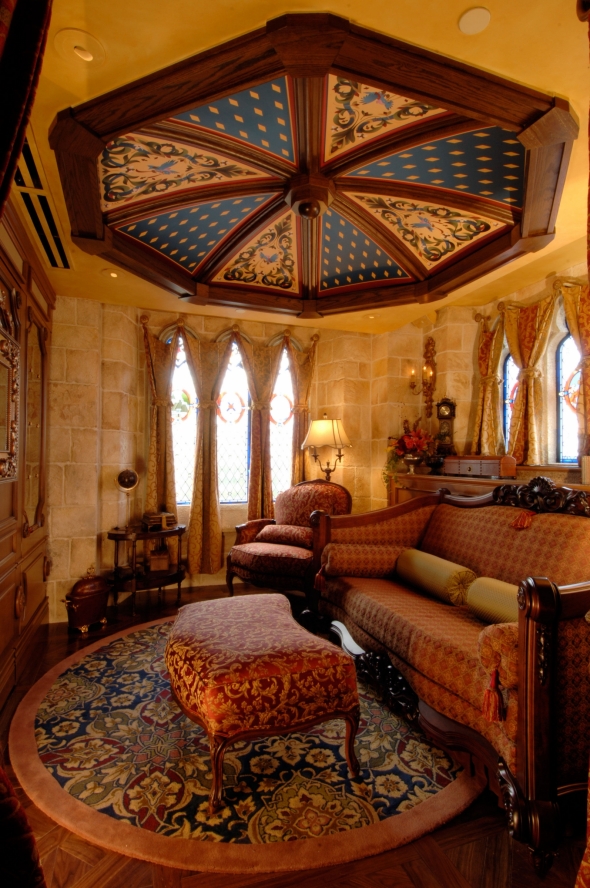 Originally, Disney handed a night in the suite to one lucky family every day during the Year of a Million Dreams promotion. These days, it sometimes offers them up via sweepstakes - so keep a close eye on the Disney Parks Blog for announcements.

2. You're not famous enough 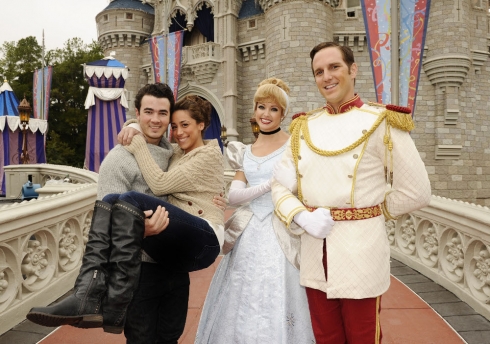 There is another method. Get really, reallyfamous. Kevin and Danielle Jonas were handed the keys to the suite for their first anniversary, and Tom Cruise has also stayed there. So, all you need to do is achieve super-stardom, and the Cinderella Castle Suite is all yours! 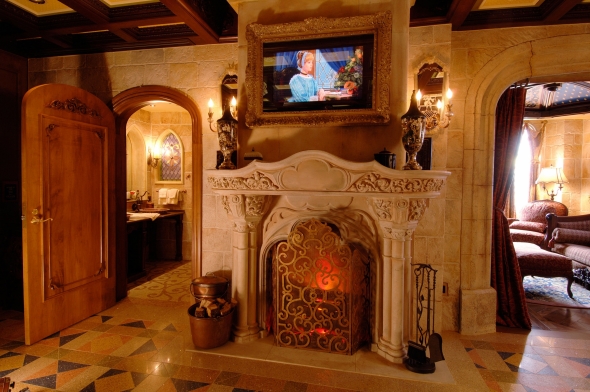 Even if Disney did ever offer up the Cinderella Castle Suite on its booking system, can you imagine the price point, or the competition to making a booking? It would make finding a table at Be Our Guest look like a walk in the park... 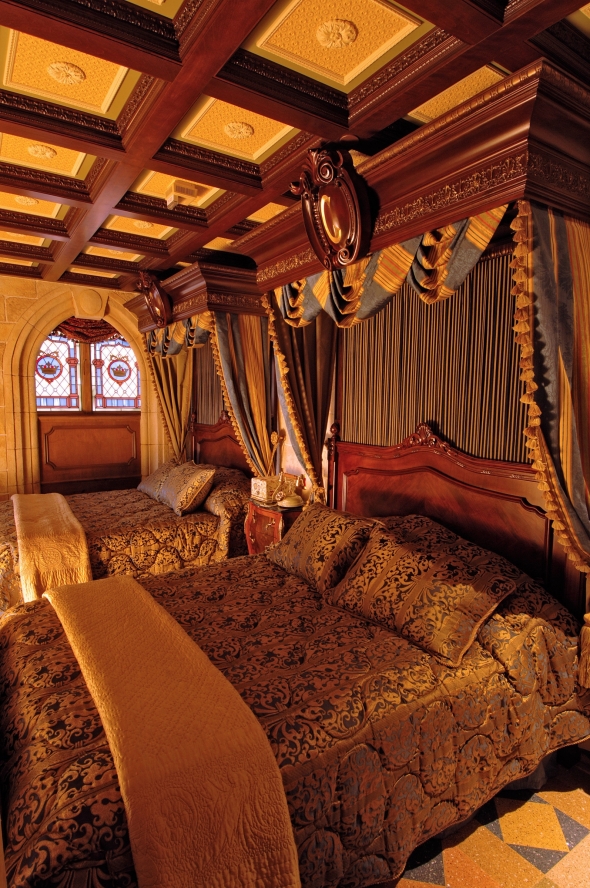 Despite the challenges above, we can't help dreaming of one day staying in the Cinderella Castle Suite. So, keep an eye out for future opportunities to win a stay...and good luck!

Dreamy! I would love this to be on my life's best memories.

I Always Thought, It's Not Just For Famous People, It's Only For Rich. IM Dieing. I have Gone To Disneyland Many Times. When I Hear This News, I Just Resent The Park. It Looks Ugly, It Makes The Park The Same As Everyone Else. mail.comi

i have been to Disney World about 30 times and love it more every time I go. To have the honor of staying in this suite would be like having stars of heaven touch my finger tips!

We have been there 93 times. Never got an invitation from Disney thanking us with a Cinderella stay.

My mother has been in there, it is wicked!