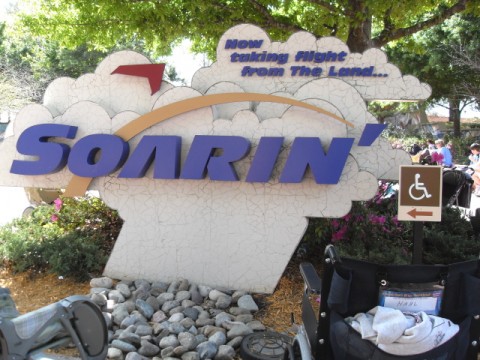 When Walt Disney World implemented Return Time cards in late July 2014 for the Anna and Elsa meet and greet, most fans agreed that it was understandable if not ideal. Waiting upwards of 3 hours for a character meet isn’t the most magical Disney day, and many fans compared this to signing up for Jedi Training—an extra experience that could be planned around on the same day.

When Disney decided to test these cards at Soarin’, however, the outrage was both expected and completely understandable. Soarin’ is one of only two major headliner attractions at Epcot, and visitors reasonably expect to be able to ride it during their trip. Based on reports coming in from people in the parks during the testing period, Standby Plus is an epic fail. Here are 5 reasons why. 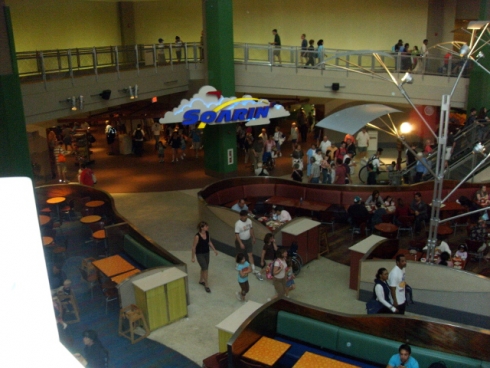 Soarin' CrowdsOn the first day of testing, the angry crowd convinced cast members to reopen the Standby queue within half an hour.

History has shown that when you fundamentally mess with a beloved experience, people react very badly. Remember New Coke? The 1985 experiment with changing the basic formulation and taste of Coca-Cola turned into one of the biggest marketing disasters in history and gave the company a black eye it took years to recover from, despite the fact that Coca-Cola reintroduced the classic formula less than 3 months later.

Likewise, Disney set the standard for the modern theme park. Allowing people to show up at one of the best-known rides at Walt Disney World only to be turned away from an apparently empty Standby line runs contrary to the guest experience that has become part of the collective unconscious. Understandably, guests were furious. According to reports, on the first day of testing, the Standby line closed around 5 p.m., when the Return Time card supply was exhausted. The angry mob that formed around the attraction forced it to reopen by 5:30.

Even if you assume that the anger would die down once Standby Plus was fully implemented and well-explained, it still leaves the problem that would-be line standers have nowhere to go. The Land pavilion opened with Epcot in 1982, with Soarin’ as a later add-on. People with Return Time cards just a couple of hours in the future tend to stay in the pavilion, adding pressure to smaller filler attractions, like Living With the Land, that were never designed for today’s crowds. Disney may want people shopping and dining instead of waiting in line, but vacation budgets may already be strained. Instead, Standby Plus leaves people milling around killing time.

FastPass Plus was hailed as a vacation saver for those who arrive at the parks later in the day. Rather than being forced to enter at rope drop and make a beeline to the headliner attractions, people could now make their ride reservations in advance and then arrive at the parks at their leisure. When FastPass Plus tiering was introduced, however, it began forcing a choice. You can book a FastPass Plus at Soarin’ or at Test Track, but not both. Still, those who arrived late in the day knew they only had to stand in a potentially long line at one of the two headliners.

Standby Plus has the potential to shut out late arrivals altogether. Whether you enter Epcot after a long flight or a morning at a different park, if you chose Test Track as your FastPass Plus ride, you might not have any chance at all to ride Soarin’. Of course, many people chose not to stand in the Soarin’ standby line, which could swell to 3 hours on busy days. But it was their choice, which they made in the moment. Standby Plus takes away that freedom of choice.

One of the biggest complaints about FastPass Plus has been the advance planning required. Many people enjoy simply wandering into a park, walking around, and doing whatever they feel like doing from moment to moment. FastPass Plus requires guests to figure out what they want to do, and at what time, up to 60 days before they actually do it. That advance work was billed as a tradeoff that provided a more relaxed experience during the actual vacation.

Standby Plus changes the rules yet again. Now, you don’t just have to make your plans and then relax into your trip. Now you have to do all of that, plus navigate a system that feels very much like legacy FastPass. You have to run to the ride, determine whether the offered Return Time conflicts with your already-planned FastPass Pluses and dining reservations, get the ticket and then return to the ride later on, only to still have to stand in the Standby Line! This latest layer of micromanagement could prove to be a tipping point when deciding whether to plan another Walt Disney World vacation.