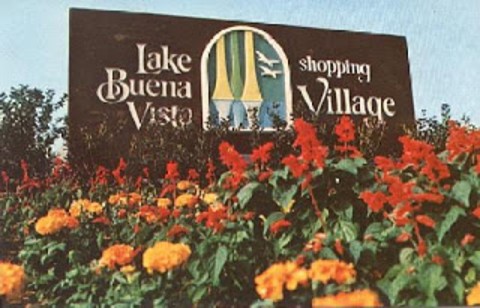 Opened in March 1975, the Lake Buena Vista Shopping Village was envisioned as a convenient shopping and dining enclave for those who would one day live in the planned residential communities of Walt Disney World. Themed as a quaint New England seaside village, the complex expanded its focus to include all Walt Disney World visitors, as it became clear that the residences would be not be built.

In 1977, the elegant Empress Lilly riverboat began serving diners in its three distinct onboard restaurants. At that time, the name of the complex also changed to Walt Disney World Village. The name changed again in the 1980s to the Disney Village Marketplace, although many long-time visitors continued to refer to it as Lake Buena Vista. But the real changes would begin in 1989, when the addition of new sections rebranded the area as Downtown Disney and set off a constant stream of growth and development that have completely changed the original concept. Here are 6 ways that Downtown Disney has evolved.

1. Closing of the glory and pageantry of Christmas 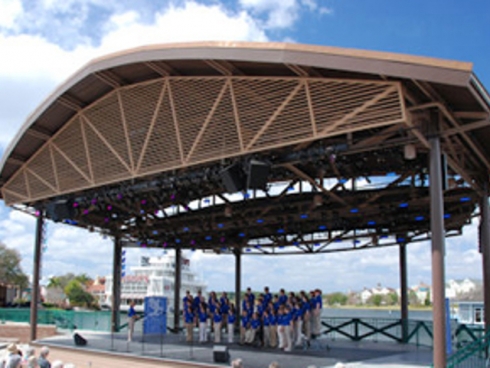 Waterside StageThis stage replaced the Dock stage, where the Glory and Pageantry of Christmas was performed. Image: Gary Cruise, Allears.net.

In the 1970s, the center of Marketplace, where the Pin Station is today, was home to the annual Glory and Pageantry of Christmas living nativity show. Modeled after a crèche built for King Charles III in the 18th century, the dramatic living tableau featured approximately 30 performers. Interspersed with classic Christmas carols, the performance told the story of the night Jesus was born, including the reactions of the local villagers.

The show soon moved to the newly built Dock stage, where a newer stage currently sits. It closed in the early 1990s without an official reason, though speculation was that the crowds were becoming unmanageable and did not result in increased sales. Today, Epcot’s Candlelight Processional has become the must-do show of the holiday season, but many who remember the Glory and Pageantry of Christmas think of it fondly as an icon of a simpler time.

2. The rise and fall of Pleasure Island 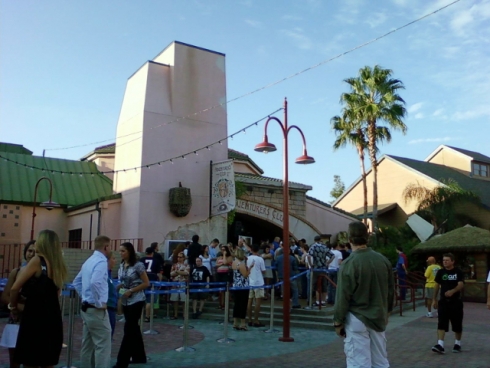 On May 1, 1989, Walt Disney World opened its answer to Orlando’s beloved nightclub district, Church Street Station. With a complex and highly utilized back story, Pleasure Island was a gated nighttime complex that required admission tickets. Once inside, guests received unlimited access to a variety of highly-themed nightclubs including the roller skating rink at XZFR Rockin’ Rollerdrome and the futuristic collection of animatronics at Mannequins. Arguably the most beloved spots were the Comedy Warehouse, which moved from scripted comedy to improv early in its existence, and the wacky 1940s-style Adventurer’s Club. When Pleasure Island opened, it also offered one club that catered to the under-21 set, Videopolis East.

In 1997, however, someone at Disney decided it would be a great idea to build West Side on the opposite side of Pleasure Island from Marketplace. As Pleasure Island was gated, visitors wanting to cross between Marketplace and West Side faced a long and decidedly unthemed walk. To address that problem, in 2004, Pleasure Island opened its gates. Anyone was free to walk through the Island, though admission to the clubs still carried a fee.

To facilitate the new walkways, Pleasure Island ended its long-standing and much-loved nightly New Year’s Eve celebration and dismantled the West End Stage, which had long played host to bands from the 1960s through the 1980s. Suddenly, with families pushing strollers through the Island, the entire feel of an adult party was gone for good. In addition, the free admission made Pleasure Island a go-to spot for local teens, some of whom began to cause trouble.

Meanwhile, Universal’s CityWalk opened in 1999. While it is necessary to walk through CityWalk on your way to and from Universal’s theme parks, the layout was designed with this in mind. The nightclubs are well away from the general traffic flow, while the main walkways are lined with restaurants and shops. CityWalk began to draw much of Pleasure Island’s former crowd as the Island struggled to find a new identity.

The writing was on the wall since 2004 and Disney confirmed suspicions in 2008. The official word was that Pleasure Island was closing to make room for more family-friendly experiences, but skeptics and conspiracy theorists were convinced that it was a money grab, as shops and restaurants would generate more money.

Regardless of the real reasons behind Pleasure Island’s demise, it soon became clear that Disney had no solid plans for the property. Six years later, only a couple of restaurants have opened, and the majority of Pleasure Island sits largely vacant. Street performers and a tethered hot air balloon were added to give the area some life, but the Island is largely used simply as a walkway between Marketplace and West Side. It will be interesting to see if Disney Springs breathes new life into this tremendously underutilized space.

3. The addition of West Side 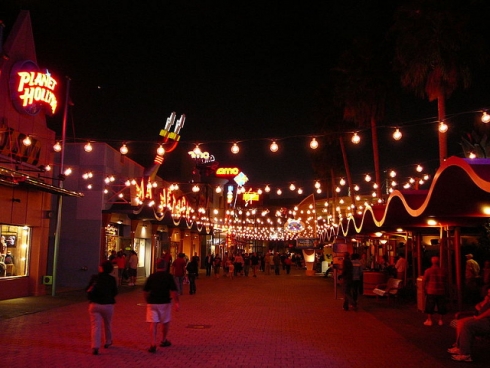 West Side opened in 1997 as the second expansion to Downtown Disney. The area is a hodgepodge of shops and restaurants anchored by an AMC megaplex and one of the only remaining Planet Hollywood restaurants in the United States. Long-time anchor Virgin Megastore closed in 2009 along with the majority of the chain’s locations worldwide. It was replaced by Splitsville, a high-end bowling alley and restaurant.

One of West Side’s most interesting residents is DisneyQuest. Billed as a five-story indoor theme park, the Downtown Disney location was designed as a prototype for DisneyQuests around North America. However, only one other DisneyQuest ever opened, in Chicago. It closed in 2001, citing low attendance, and other planned projects were scrapped.

Downtown Disney’s DisneyQuest is still going strong, though it is clearly showing its age. The concept was highly futuristic, and attractions were slated to change out every few years. When the expansion was canceled, however, the budget was slashed. The original attractions remain today. The virtual reality rides that seemed so immersive in 1998 now feel dated and worn. The interactive “cybrolators” are now plain elevators, and the entire property could use a good scrubbing and a coat of paint. Despite the issues, however, the arcade games that make up the bulk of the activities are reasonably well maintained and, at a single price for the day, create a reasonable rainy day alternative.

With numerous vendors coming and going, West Side never found a clear identity. However, the Disney Springs expansion promises to completely reimagine all three sections of Downtown Disney as a single cohesive whole.

Croc Drop Is Now Open At Chessington World Of Adventures