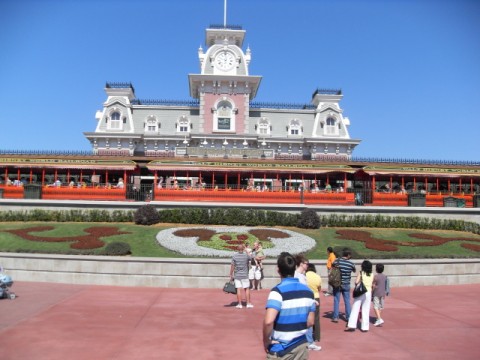 Walt Disney was well-known for his innovation, love of technology, and constant tweaking of everything he produced. Yet today’s Disney goes far beyond what Walt did in a never-ending quest for streamlining, efficiency, and brand tie-ins. No matter when or how often you visit, you are likely to see construction walls and sweeping changes throughout the Walt Disney World parks and resorts. This makes it easy to believe that nothing is the same as it used to be.

Whether this is good or bad depends on your point of view. Yet what is often lost in the buzz about the next big thing is the fact that some things really haven’t changed at all. The Magic Kingdom still features 14 attractions that were present on opening day, October 1, 1971. This week, we’ll talk about 7 that are still close to their original designs. Next week, we’ll bring you the 7 that have been extensively rehabbed. 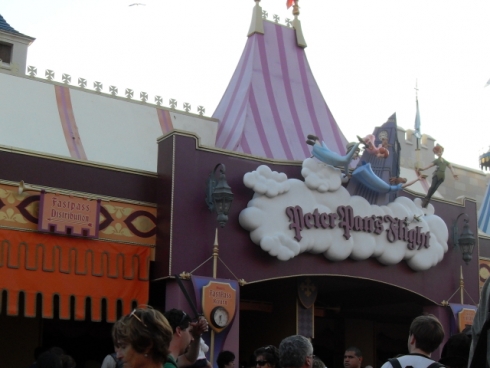 Peter Pan’s Flight is relatively unusual in that it is a Magic Kingdom opening day attraction modeled on a Disneyland opening day attraction, and both versions are still operational today. While the 1955 Disneyland version was expanded and enhanced in 1983, the 1971 Magic Kingdom ride has not significantly changed since it opened its doors. Grandfathered in as an exception to the Americans With Disabilities Act (ADA) of 1990, Peter Pan is one of the only attractions (along with the Tomorrowland Transit Authority) with a moving load ramp that cannot be stopped or slowed. 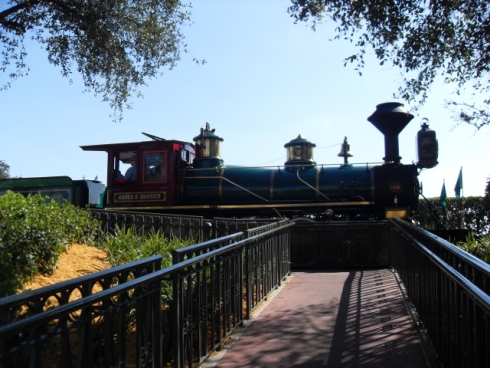 Opened on October 1, 1971, the Walt Disney World Railroad is a longer version of the Disneyland Railroad, which opened with that park. The railroad originally had two stations, but added a third at Mickey’s Birthdayland in 1989. In 1991, the Frontierland Station moved to make room for Splash Mountain. Mickey’s Birthdayland transformed into Mickey’s Starland and then Mickey’s Toontown Fair before closing permanently in 2011 to make room for the expansion of Fantasyland. The station was demolished and rebuilt to match the new theme.

Although the stations have changed over the years, the historic trains have not. The only real modifications were for safety. For example, side panels were added to the passenger coaches and the conductor’s spiel panel was moved to a spot with a better view of the guests.

Small show scenes along the route greatly enhance the realism of the journey. These little-changed vignettes provide a look back through time to the technology of the late 1960s and early 1970s. They are best seen at night. 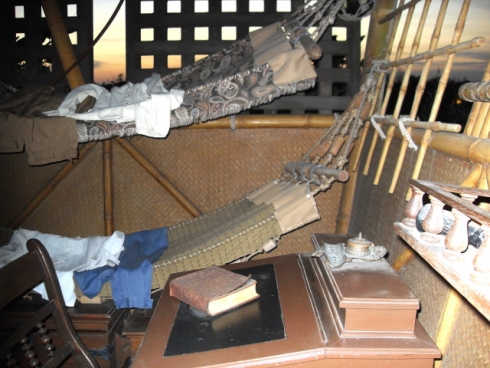 Also grandfathered in as an exception to the ADA, the Swiss Family Treehouse is the only attraction that is fully inaccessible to those who are not ambulatory. Depicting scenes from the book and film, Swiss Family Robinson, the attraction allows guests to wind their way through a sprawling treehouse home.

The 1971 Magic Kingdom attraction was based on the Disneyland version, which opened in 1962, two years after the Disney film was released. In 1999, however, Disneyland’s version was re-themed as Tarzan’s Treehouse, to coincide with the release of Disney’s animated Tarzan movie. Fortunately, the Magic Kingdom’s treehouse was not affected. It is arguably the least-changed opening day attraction of all. 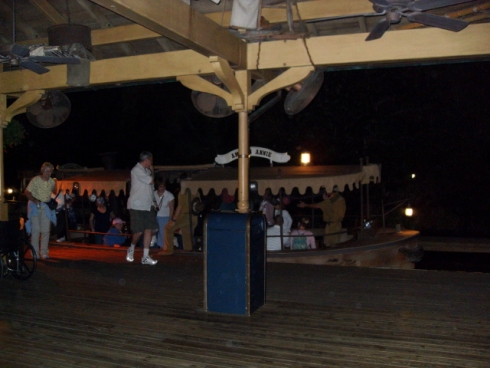 Also based on a still-operating Disneyland opening day attraction, the Jungle Cruise was modeled after Disney’s hit 1950s True Life Adventures series. Interestingly, Walt wanted to feature live animals instead of audio-animatronics, but then-current zoo practices made it impossible to create the experience that he wanted. That dream would not be realized until the 1998 opening of Animal Kingdom.

While the Disneyland Jungle Cruise has undergone significant refurbishments over the decades, the Magic Kingdom version has barely changed at all. From time to time, the jokes are updated, but major rehabs stick to repainting and much-needed maintenance. The ride is best enjoyed after dark, when the 1970s animatronics look slightly more real.