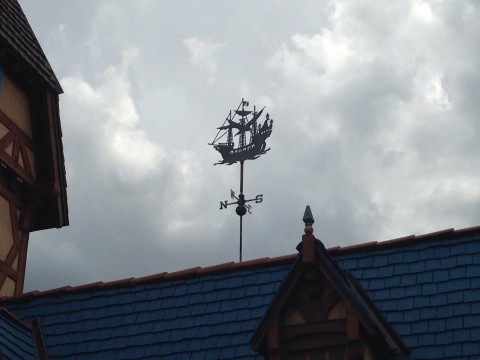 While we all hope for a theme park vacation filled with cool breezes, short lines, and cheerful companions, the reality is often much different.

As a visitor, certain disastrous situations often seem like rare occurrences. Unfortunately, those seemingly “fluke incidents” are much more common than you probably realize, as I found out when I worked as Walt Disney Wolrd Cast Member. As any theme park employee knows, some awful situations happen much more often than you think. 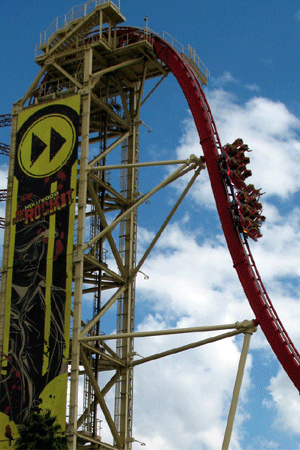 Down times are far from a rare occurrence at theme parks. Don’t be surprised to find one or many attractions experiencing “technical difficulties” during your theme park visit. The frequency of down times depends largely upon the attraction. Some, like Hollywood Rip Ride Rockit at Universal Studios Florida, are notorious among team members for having frequent down times. Newer rides typically have more frequent down times as well, as kinks get worked out of the system. Visit the Seven Dwarfs Mine Train at Magic Kingdom or Harry Potter and the Escape from Gringotts any time soon and you may see what I mean.

In nearly all cases, the employees standing out front truly have no idea when the ride will be back up, if they even know exactly what went wrong. Asking the same question different ways won’t help. Instead, move on to the next attraction on your agenda and check back later.

2. Hats and sunglasses whisked away on rides 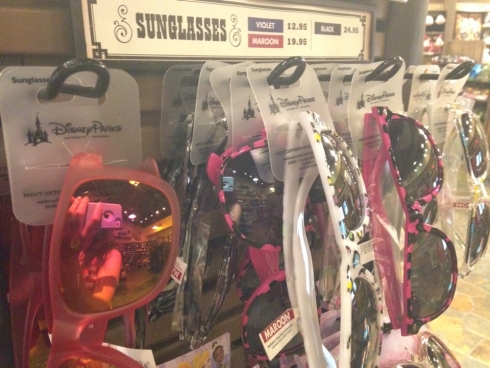 As a Cast Member, I saw plenty of guests who believed that their hats and sunglasses would be the exception to the rule, staying securely on their heads despite all warnings to the contrary. I also picked up hats and sunglasses from the ride track nearly every single night. Sure, you might get lucky and keep your accessories, but chances are also excellent that a sharp turn will send them flying. Don’t wait for someone to remind you to take them off. If you’re riding any kind of roller coaster or bumpy ride, play it safe and remove them.

The good news is that many hats and sunglasses are retrieved from ride tracks and taken to lost and found at the end of the night, so there is a chance that you’ll get your belongings back if you lose them. The bad news is that these items usually sit on the track all day before they’re picked up at closing, so if they fall in the wrong spot they could be completely destroyed by the time someone gets to them. 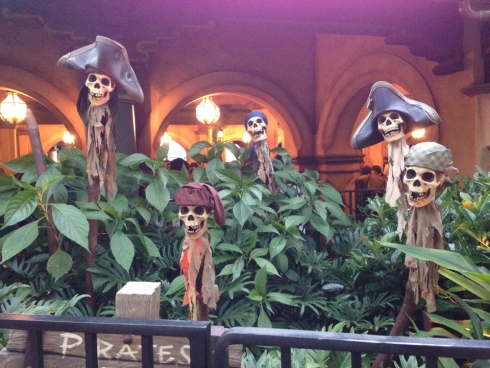 As with down times, ride evacuations are much more common on some rides than on others. The process also varies dramatically. If a simulator stops working at Star Tours, guests are simply escorted to the next available simulator. If technical difficulties occur during an attraction with a show, guests are often asked to leave mid-show. A team member from Terminator 2: 3-D Battle Across Time shared that the bike in the show would experience faults numerous times a week, and sometimes daily that would cause the show to stop in the middle.

Evacuations like these cause only minor inconveniences to your day. Evacuations from bigger rides, however, can be quite the experience. While the preferable plan of action is always to cycle the ride out so guests can get off at the regular exit point, some technical problems require an evacuation directly on the ride track. If you’re evacuated from Expedition Everest, you may have to climb down long flights of stairs. In Pirates of the Caribbean, a Cast Member may have to climb in the water and push or pull your boat to the next exit point. In any dark ride, the lights will come up and you’ll get to see the attraction as it appears in stark reality rather than the carefully lit fantasy you’re meant to see.

Thanks for reminding me of why i always have a terrible time in WDW. Much rather go to Disneyland or Disneyland Paris and weather and negative people are the reason for me. Been evaced off of Pirates of the Caribbean, Haunted Mansion,and big thunder mountain. been stuck in Carousel of progress seeing the same scene 3 times. Ridden space mountain with the lights on in DL, WDW and DLP

At Disney I have been evacuated off of Splash Mountain, which was kinda neat. Got to touch the bear (was at the scene where he is in the rope). Also got evacuated off of spaceship earth. Now that one was cool to see with the lights on.

Last October we got evacuated off tower of terror. I personally thought it was cool to see with the lights on. It was at the part with the floating clocks and such so just before you move forward to drop. We had to go down a small ladder then into a regular elevator which we thought was going to break as well and they allowed our whole group on next available elevator and every one of us went and we all made it ;)

Toy Story broke down on us in HS was interesting to see thr ride with the lights on. Cast was very upset Guests were taking pictures, encouraging them to put their cameras away. Took half an hour to evac.